Posted on December 5, 2014 by LBcruiseshipblogger 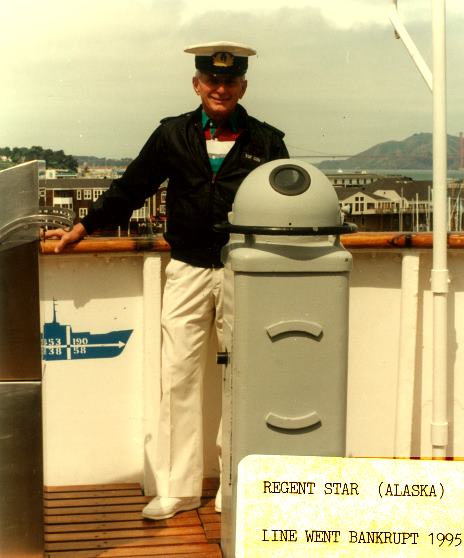 When a cruise line is on the verge of bankruptcy, supplies are hard to find

What’s it like to be a cruise ship doctor on a financially sinking ship?  Len Kreisler MD tells us in the chapter What Ship, What Cabin, and Doctor Who? from his book ROLL THE DICE, PICK A DOC AND HOPE FOR THE BEST.  He spent four years working for Maritime Medical as a cruise ship doctor for Regent Lines, who ran five 1960’s era ships before going bankrupt in 1995.   This is an excerpt from his book.

Maritime Medical did not like their doctors or nurses purchasing supplies on their own.  They obviously saved money by bulk buying through discount houses, notably pharmaceuticals through generic Canadian suppliers.  I called Maritime Medical from San Juan because we had used most of our intravenous solutions and were out of a few other medications.  They promised to have supplies waiting at our next port.  I was skeptical about the promise.

I had noticed signs of discord between the Hotel Manager and my bosses at Maritime Medical.  In retrospect, it was subcontract problems that would eventually lead to declaration of bankruptcy by the Regent Line.  I was planning to purchase a few supplies in San Juan and charge them to the Maritime account in the purser’s office.

Our dock space faced the old city of San Juan, not far from the El Morro fortress.  Parked next to us was a United States cruiser resting from its patrol duties around Haiti.  I donned my scrub suit, white jacket with name tag, and requested permission to board the cruiser and visit its doctor (this was way before 9/11).  I was informed the ship only carried corpsmen; no doctor.  They put in a call and asked me to wait at the head of the gangplank.  I was soon greeted by a young corpsman…ready, able, and proud to show me around his ship.  As we exchanged medical stories, with added information about his ship’s fighting capabilities, I mentioned my supply problems.

“No sweat Doc, I can give you all the fluids you want, but we’ll have to see how much reserve I have for the medications you need.”

It turned out great.  I got all the supplies I needed and in turn I invited all three corpsmen, and a few of their friends, for dinner aboard the Regent Sun.  None had been on a civilian cruise ship before.  They were duly impressed with the people comforts, and they surprised me with their menu selections.  My assumption had been that our fighting men and women had an abundance of the best when it came to food.  I diplomatically asked about their selections of lobster and steak.  They told me their budgets had been cut back (sound familiar?) which spilled over to limited commissary supplies.  Incidentally, no supplies were waiting at our next port, as promised by Maritime Medical.

A Visit to the Medical Center on a Modern Cruise Ship

Before my recent cruise on the Carnival Splendor I had never set foot inside a cruise ship medical center.  On that cruise my husband sprained a finger catching it on the wall trim while moving luggage.  Though an officer on the ship said there would be no charge to visit the doctor since he injured it onboard, he was still afraid of getting charged so he just had the nurse tape it to the next finger and never actually checked in.  (Our former travel agent daughter would say we should have gotten travel insurance and then we wouldn’t have to worry about such things.)  The treatment room she took him into appeared to have abundant supplies both in the that room and in an adjacent storage room.   Good to know modern ships are far more well equipped than the ship where Dr. Len worked.

MyCruiseStories blog tells stories about adventures in cruising on ships big and small. Things to do onboard and in port. Anything connected to cruising. Also food, travel, recipes, towel animals, and the occasional random blog.
View all posts by LBcruiseshipblogger →
This entry was posted in Guest Blogs, Shipboard Life and tagged bad cruise stories, cruise ship doctor, inside cruise ship medical treatment room, military ship, scrounging supplies. Bookmark the permalink.