Memories of a Cruise Ship Doctor Part 6 – Lights Out

Posted on February 20, 2015 by LBcruiseshipblogger

Dr. Len Kreisler spent 4 years as a cruise ship doctor for Regent Lines before they went bankrupt in 1995.  His experiences are chronicled in the chapter What Ship, What Cabin and Doctor Who? in his book ROLL THE DICE, PICK A DOC AND HOPE FOR THE BEST.  This story is an excerpt from that chapter. 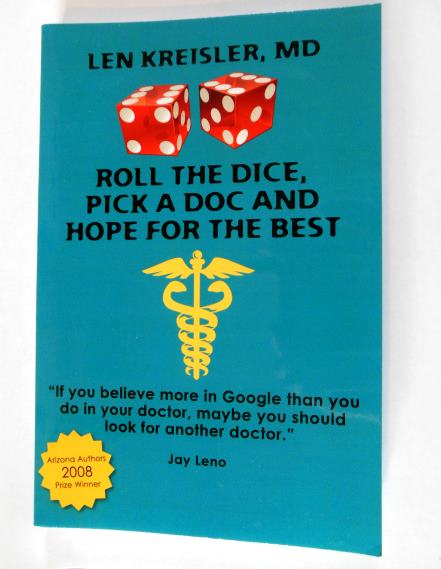 The beeper went off.  I went to a phone and called a number manned by Jamaican cabin attendants.

I waved for the nurse to follow me, and proceeded to deck 6.  The elevator in question was the size of a telephone booth.  An elderly gentleman had gotten in (it could comfortably hold only one person) and had passed out.   He couldn’t fall to the floor because of the tight space, so his unconscious body lay erect against the elevator door.  When the door opened, he fell forward and hit the floor with his face…still unconscious. His face showed signs of the impact with bruising and swelling, but he was breathing normally, had good color and a steady pulse.  I asked the nurse to get our scoop stretcher.  Guess what?  The funeral people in St. Thomas never returned our stretcher (I doubt it was an oversight.)  I remembered the old rusty stretcher we had pulled out of the cooler before putting in the deceased wrapped into our relatively new clinic stretcher.  We found the rusty relic, wrapped it in blankets to hide the shabby metal, and got our man to medical.  His vital signs were remarkably stable.  We located his wife; a 60-ish lady, definitely 20 years younger than her husband.  She looked at the peacefully resting man with the bruised face and calmly said:

“He does this quite often.  He gets some kind of irregular heart rhythm that causes him to pass out.  He should come around shortly.”

The man opened his eyes and looked around without moving his head, or other body parts.  I asked if he was hurting anywhere?

He calmly replied “No,” but didn’t move.

The nurse helped me sit him up.  He smiled at his wife and prepared to get off the table.  I gave him a careful examination and went over the signs and symptoms of head trauma he and his wife should monitor, before allowing him to leave.  We documented everything and marveled at the resiliency of the human body.

Hospital beds in one room of the medical center on Carnival Splendor – probably nicer than anything the Regent ships Dr. Len worked on had.

On the Carnival Splendor we were told that a ship can leave the dock without the captain as there are other people on board that can drive the boat.  It can not however go anywhere without a doctor on board.

MyCruiseStories blog tells stories about adventures in cruising on ships big and small. Things to do onboard and in port. Anything connected to cruising. Also food, travel, recipes, towel animals, and the occasional random blog.
View all posts by LBcruiseshipblogger →
This entry was posted in Guest Blogs, Shipboard Life and tagged cruise, cruise ship doctor, fainting, passed out in an elevator, sick on a cruise ship. Bookmark the permalink.