How to Fold Towel Ducks

Posted on August 11, 2016 by LBcruiseshipblogger

How to Make Towel Ducks

fold corners of long side into a triangle

Lay towel out flat. Fold over top corners along the long side of the towel making a triangular tip.

roll both sides to the middle from the folded edges

Roll both sides in as tightly as you can from the pointed tip along the folded sides.

roll both sides to the center as tightly as you can

Tuck the loose ends in between the rolls on the wide end. 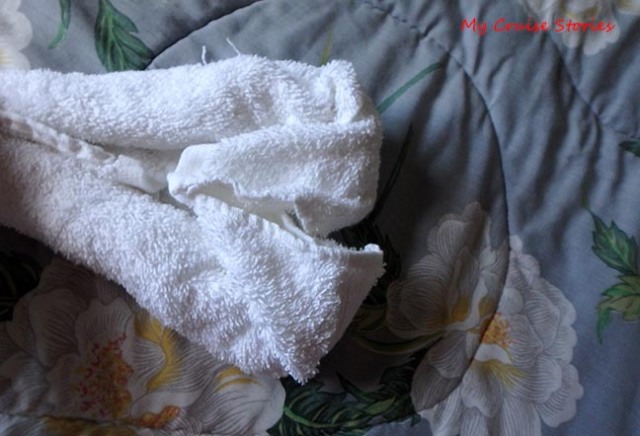 tuck the loose ends between the folds

Set towel with rolls down and shape wide end to look like the back end of a duck. 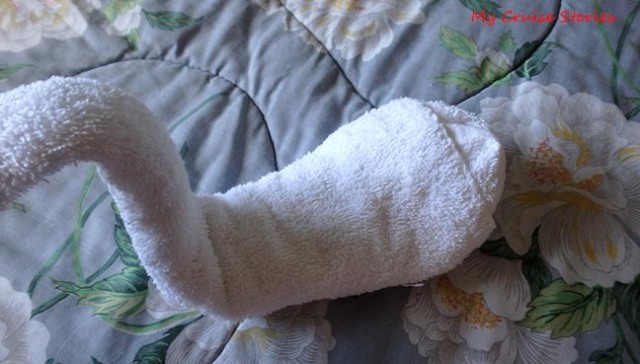 If you have rolled your towel nice and tight like a cruise ship stateroom steward, fold the narrow end back over the top of the duck body into a S shape for the neck and head and pose as desired.

Of course not everyone is able to roll their towels tightly like the stewards do. I broke my arm at the elbow joint a couple years ago and have a bit of nerve damage down into the fingers. Things could have been a lot worse since it healed better than expected and nobody else notices the arm is not quite normal. There are however some things I can no longer do and rolling towels tightly is one of them. Thus the necessity for other ways of making animals, which are also useful for anyone who is not an expert towel folder. 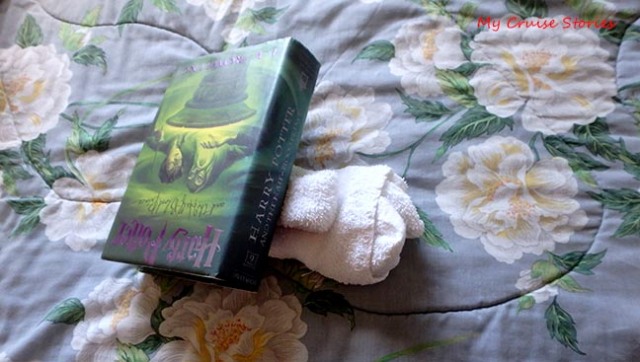 If you are unable to roll the towel tight enough for the neck and head to stay posed, fold them back into an S shape and put a heavy book on top. Leave book for several hours to overnight and the head and neck will stay up when you remove the book. 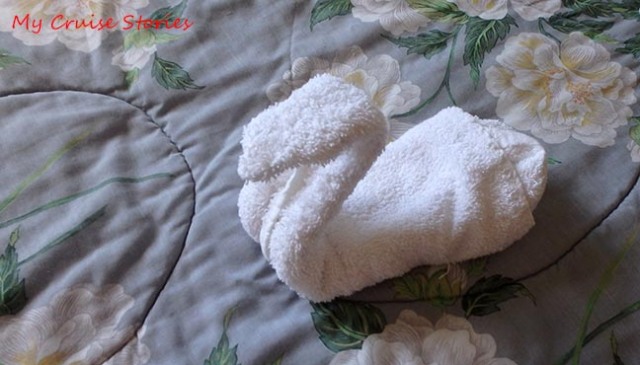 Once the head and neck are posed, place eyes on the head. Use google eyes if you have some, if not make eyes from felt or paper. If the eyes do not stay on their own use double stick tape to keep them in place. 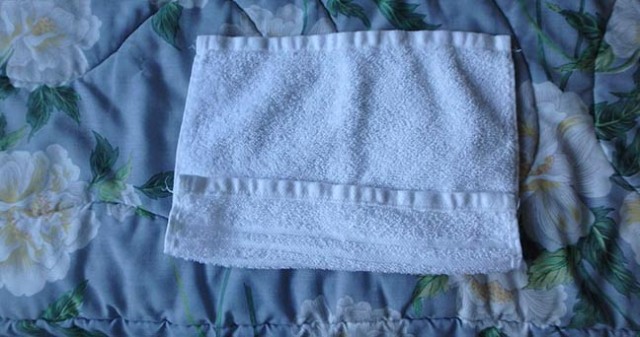 fold edge over to turn a square into a rectangle

Lay washcloth out flat. Fold bottom edge of washcloth up 2 or 3 inches to make a rectangle instead of a square. 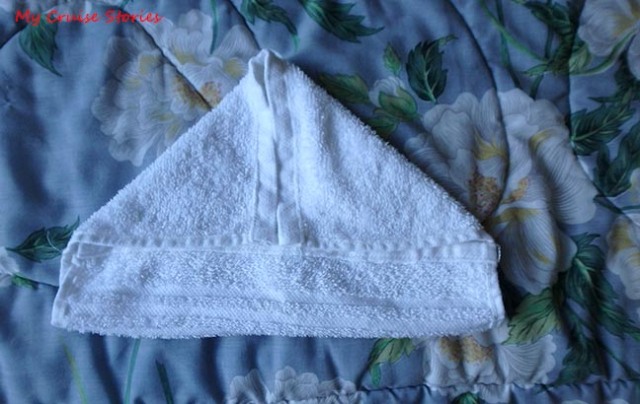 fold corners down into a triangle same as with duck towels

Fold down the top corners and continue following the same instructions used for the larger ducks. 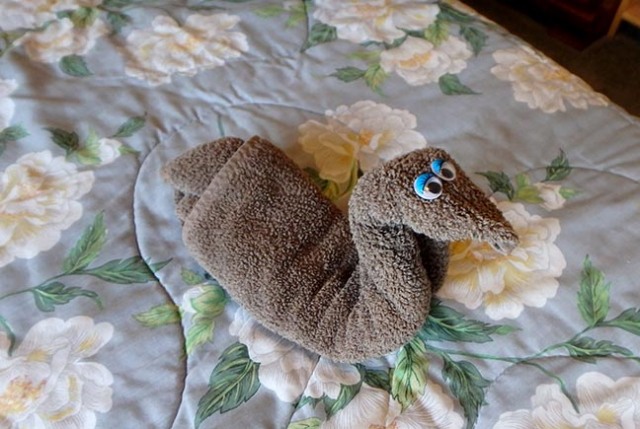 7 Responses to How to Fold Towel Ducks