Posted on June 11, 2021 by LBcruiseshipblogger

Aqaba is Jordan’s only seaport and the largest city in the Gulf of Aqaba in the Red Sea. It is a free-trade zone with lower taxes than the rest of the country. People from elsewhere in Jordan don’t get the tax break by shopping in Aqaba. There is a checkpoint on the way out where people from other parts of the country have to make up the tax difference on their goods. New development is springing up in areas surrounding the older part of the city with the population there having doubled in the last decade, and foreign investment fueling some of the construction. The most popular cruise ship excursion from Aqaba is to Petra about 2 hours away. Going to Petra was the main reason we booked our cruise on the MSC Lirica. Petra had been on my bucket list for years and while a port stop on a cruise ship only allows time enough spent there to see a small fraction of it, we at least got a glimpse. I’d still like to go back and spend more time there someday. 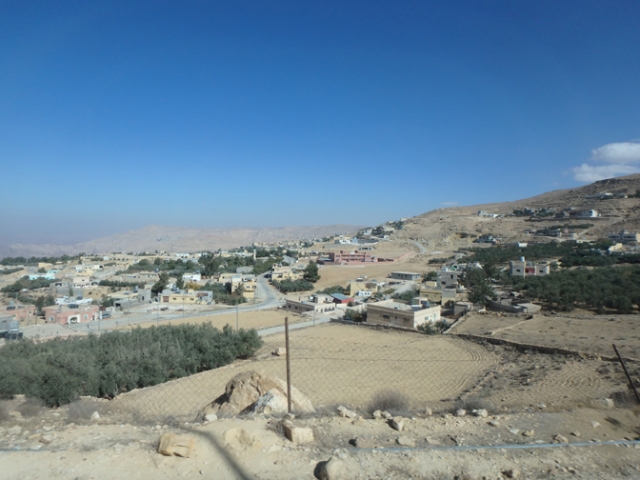 town in Jordan near Petra

The area has been inhabited since 4000 BC, and is home to the Islamic Aqaba Fort. The city sits at Jordan’s southernmost point and is very important to Jordan’s economy through trade and tourism. Its desert climate is hot and dry. Currency is the Jordanian dinar. One US dollar is worth about 0.70 dinar. Credit cards may not be accepted, but US dollars often are. The language is Arabic, but many people understand English.

Aqaba was known as Ayla from pre-biblical times until the 14th century when it was renamed by the Mamluk Sultans of Egypt who ruled it at the time. Before that it was taken by the Romans in 106 AD who ruled the region until the Byzantine Empire took over in the 4th century. They were followed by crusaders in the 12th century and then Saladin of Egypt. Crusaders took over again followed by Muslims the following year. The Mamluk Sultans of Egypt built the Mamluk castle (aka Aqaba castle or fort). They were overthrown by the Ottomans who ruled for 4 centuries until 1917. At the end of WWI the British secured Aqaba for Jordan. It was a British protectorate from 1921 until 1946 when Jordan became independent. Their history with Great Britain is why many people there speak English as well as Arabic. 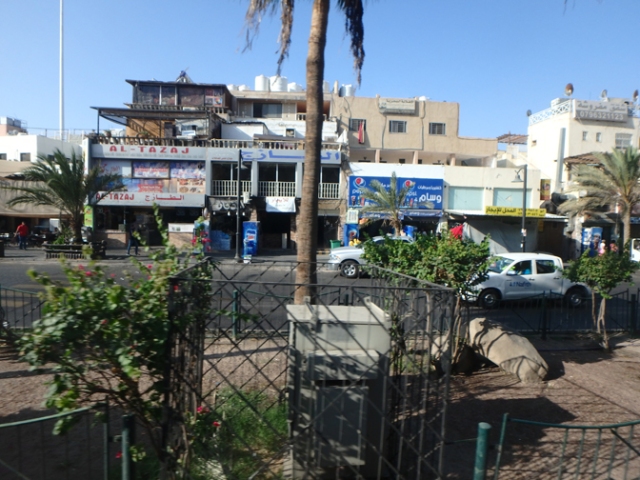 Jordan has many interesting sites for tourists to visit throughout the country, some of which are of religious significance. Two of their major sites are near Aqaba – Wadi Rum and Petra. A wadi is a valley, ravine, or channel that is dry except in the rainy season. Wadi Rum is the biggest one in Jordan. It is also known as the Valley of the Moon. Wadi Rum Protected Area is famous for its desert landscape with sand dunes, valleys, sandstone mountains, canyons, and arches. Lawrence of Arabia, The Martian, and other movies were filmed there.

Petra is an ancient Nabatean Arab city where building facades are carved into the sides of  rock cliffs. It is an extensive site with many buildings, the most famous of which is the treasury, used in the filming of Indiana Jones and the Last Crusade.

Aqaba sits directly across a narrow inlet from Eilat, Israel where we had spent the previous day. Our ship spent the night between the two ports slowly circling around the bay to fill the time between the scheduled departure from Eilat and arrival at Aqaba. From the top deck of the ship at that port you can see 4 countries. Jordan and Israel of course, and in the distance Egypt and Saudi Arabia as well. We could easily see the port in Eilat and the place where we had docked directly across the bay.

port view from the ship while docked in Aqaba

Ships in Aqaba dock at the main port about 3 miles south of the city center. This port has docking space for 23 vessels and anchorage for 8. Both cruise ships and commercial vessels use this port. Because it is a mixed use port walking through the port is not allowed, which is standard at any port with container ships. It’s a quick shuttle ride to the gate. Taxis are available there or it is a 15-20 minute walk to Aqaba Castle (Mamluk). Shuttles may also take passengers all the way into town (4k). Excursion busses pick people up at the port right in front of the ship and drop them off there upon return. 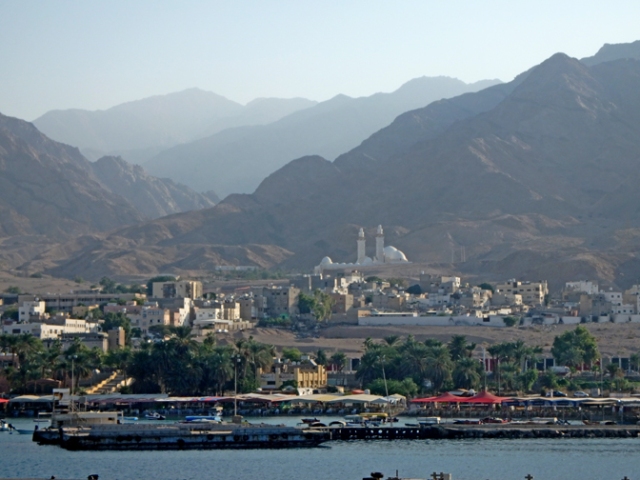 view from the ship in Aqaba

Getting off the ship in Aqaba was just as easy as any average cruise port, quite a difference from our previous day in Israel which had extra security procedures that made the disembarkation process for a port stop about as lengthy as it is for leaving the ship on the final day when the cruise is over.

view from tour bus in Jordan

THINGS TO DO IN AQABA

MyCruiseStories blog tells stories about adventures in cruising on ships big and small. Things to do onboard and in port. Anything connected to cruising. Also food, travel, recipes, towel animals, and the occasional random blog.
View all posts by LBcruiseshipblogger →
This entry was posted in Lirica, Middle East, MSC, Port Cities, Ports of Call and tagged Aqaba, Aqaba cruise port, cruise, Jordan, photos, travel. Bookmark the permalink.