Halloween on a Cruise Ship

Posted on October 30, 2020 by LBcruiseshipblogger 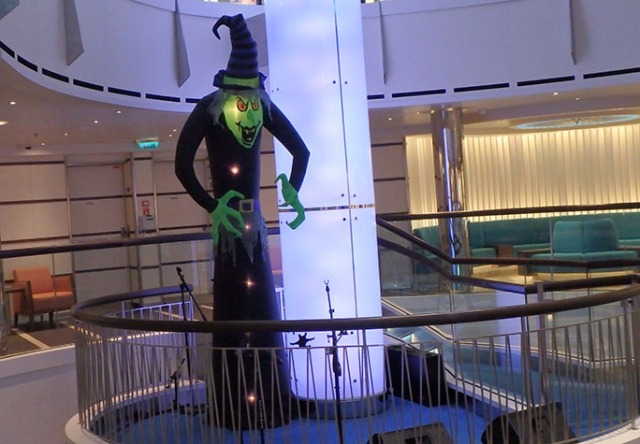 Sailing on a holiday often means activities specific to that day and food you won’t otherwise see on the menu. Major holidays also bring decorations around the ship. 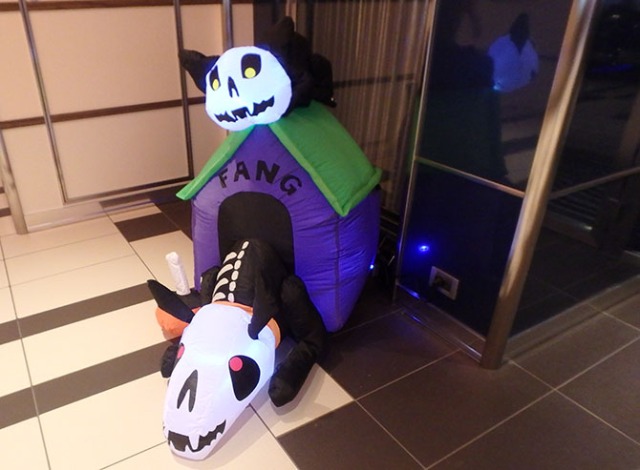 blow-up dog on the Vista

For Halloween blow-up decorations are popular – after all ships have limited space to store things they aren’t using and these store flat, but then blow up into large objects. Most are stationary, but some have moving features. 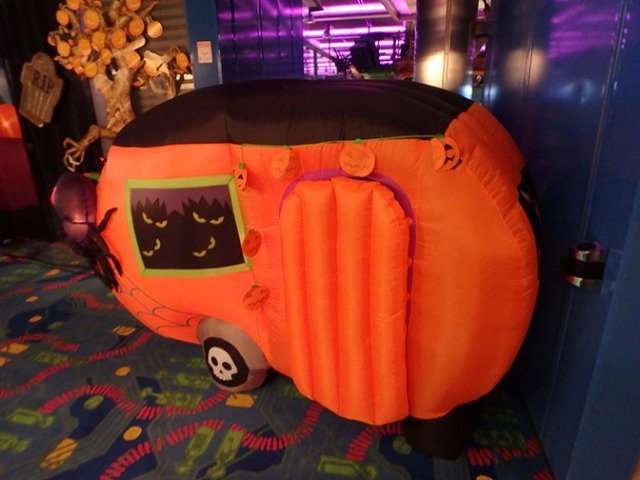 pumpkin coach on the Explorer

We’ve spent Halloween on cruise ships a couple times, once on Carnival Vista and once on Royal Caribbean Explorer of the Seas. 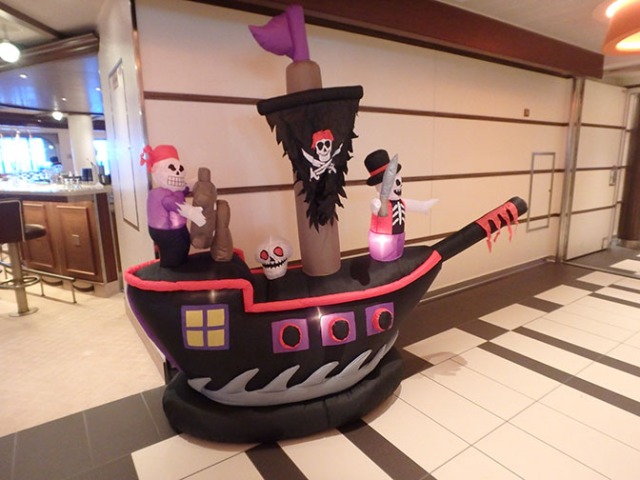 pirates on the Vista

Vista had blow-up decorations all over the ship. 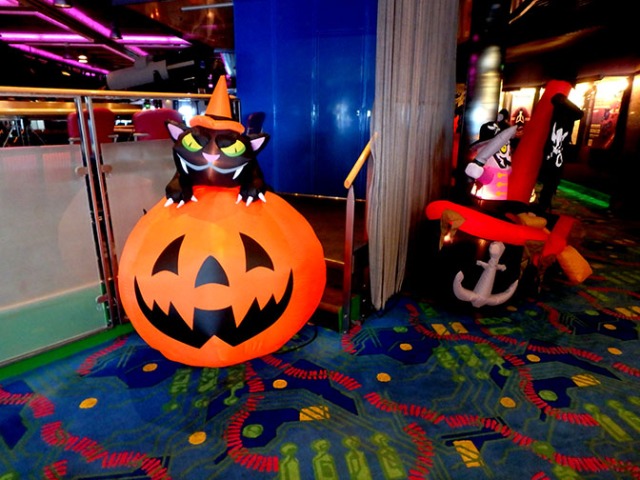 blow-up decorations by the ice rink on the Explorer

Explorer mainly had them around the ice skating arena. 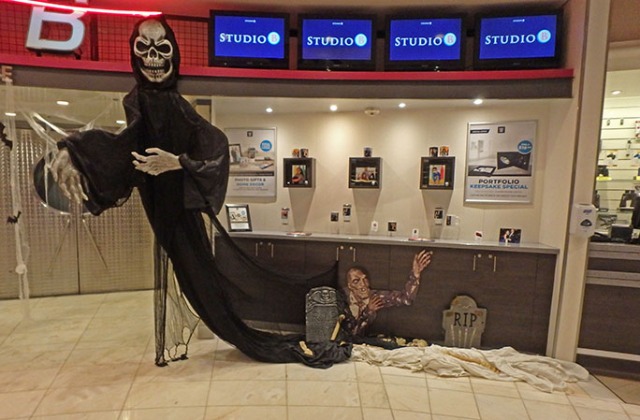 The photo desk on the Explorer of the Seas sat next to the doors to the ice arena and it too had some decorations. 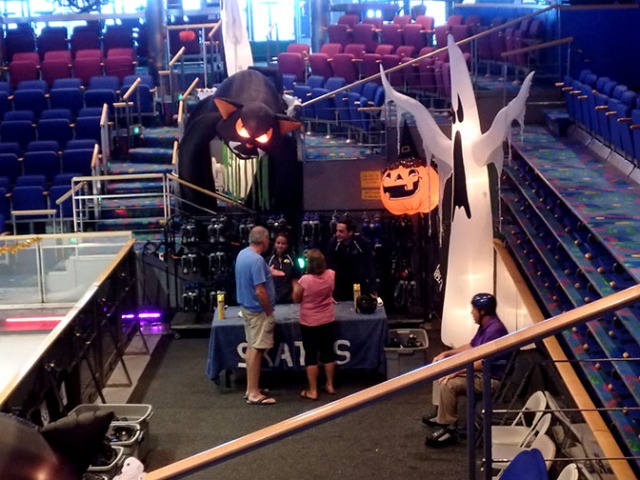 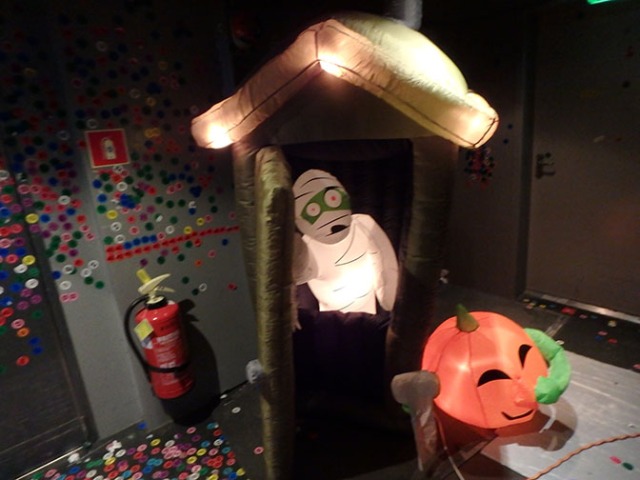 A blow-up outhouse on the Explorer of the seas had some animation with a working door, which a blow-up pumpkin opened, snickering. The mummy inside was not so happy. 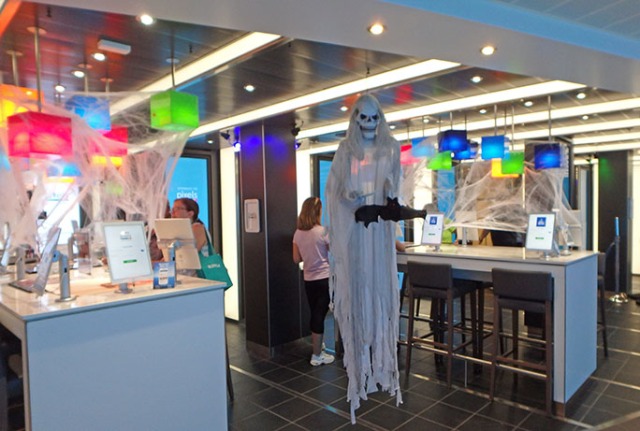 a ghost haunted the photo shop on the Vista

Not all the decorations were blown up. Like the photo shop on Explorer, Vista’s photo shop was also haunted by a hanging ghoul. Spider webs all over the displays added another element of creepiness. 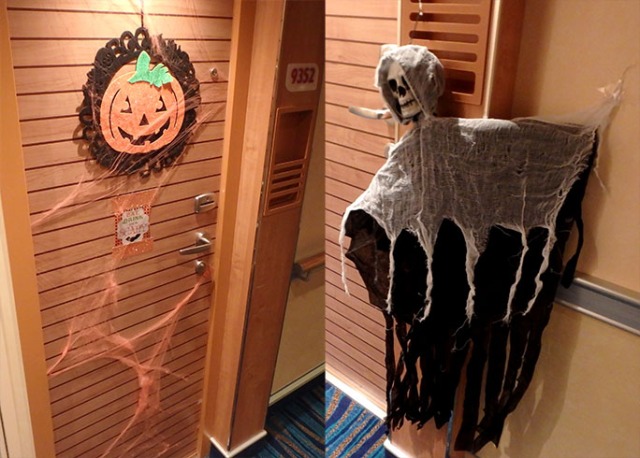 decorated cabin doors on the Vista

Sometimes passengers get into the spirit of Halloween with their own door decorations. 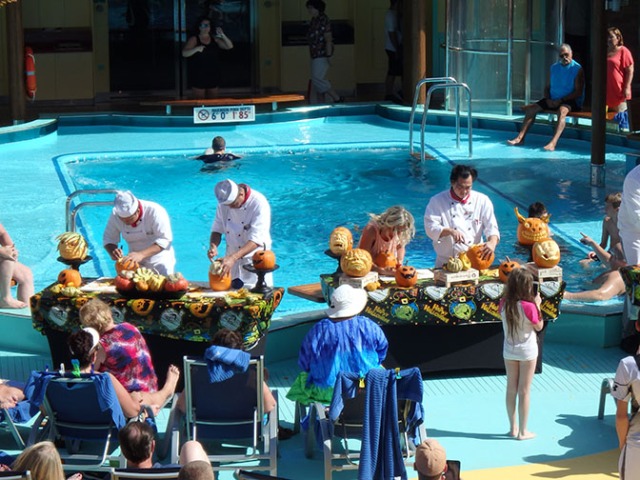 pumpkin carving on the Vista

Halloween activities on a ship might include things like pumpkin carving, costume contests, a Halloween party, or games. The ship’s kid’s clubs arrange activities for the little ones like their own parties or trick-or-treating at the ship’s shops. 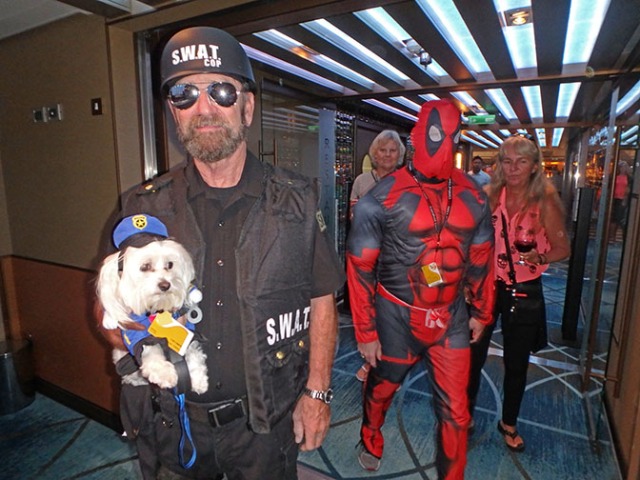 even the dog dressed up for Halloween 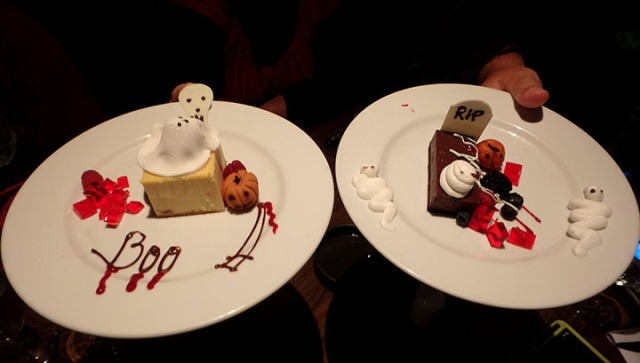 Halloween menus are likely to contain things like pumpkin soup and special desserts. 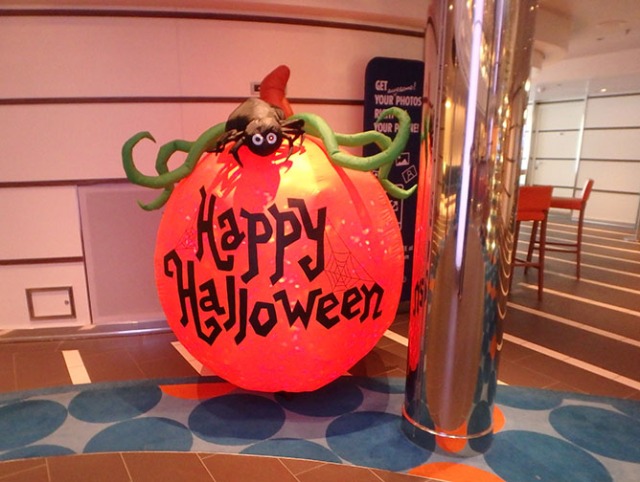 blow up pumpkin on the Vista

MyCruiseStories blog tells stories about adventures in cruising on ships big and small. Things to do onboard and in port. Anything connected to cruising. Also food, travel, recipes, towel animals, and the occasional random blog.
View all posts by LBcruiseshipblogger →
This entry was posted in Carnival, Explorer of the Seas, Randoms, Royal Caribbean, Vista and tagged cruise, Halloween, Halloween cruise, holiday cruise, photos, travel. Bookmark the permalink.

6 Responses to Halloween on a Cruise Ship