Posted on July 10, 2020 by LBcruiseshipblogger 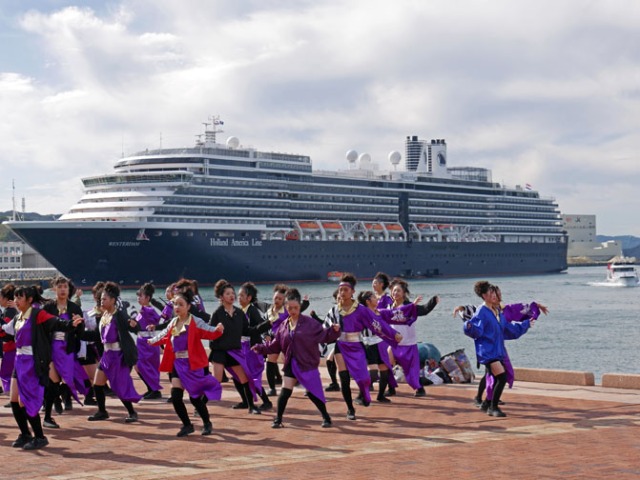 Sasebo is a city on Japan’s Kyushu Island. It’s most noted for Huis Ten Bosch, an amusement park modeled after a Dutch town with canals, replica buildings, windmills and flower gardens. The park also has rides including a giant ferris wheel. Giant ferris wheels are quite a popular thing around Japan. We found them in several of the ports we visited. Other popular tourist activities include visiting Kujukushima Aquarium to see its dolphins, coral reefs and jellyfish or day cruises off the coast among the forested Kujukushima Islands of Saikai National Park. Saikai Bridge to the south is a popular spot to view cherry blossoms when in season. There is also a maritime museum and a zoo and botanical park.  Sasebo is the only Japanese city which uses the symbol of a Christian church as part of its flag. The day we were there happened to be the day of an annual dance festival with performances by a variety of groups on various stages around town. 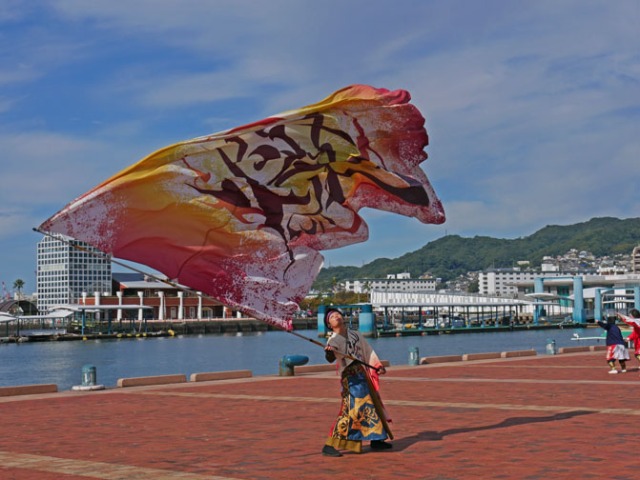 dance groups came from all over Japan for the festival. Some had flags in their performances.

Sasebo City suffered serious damage from bombing in WWII with about 48% of the city destroyed. The island has hosted a navy base since 1883, originated by the Japanese navy. American activity began there with the landing of Marines and takeover of some base facilities in 1945 at the end of the second world war. It was the main launching point for US and UN forces during the Korean war as well as serving as a base for supplies for both the Korean War and Desert Storm.

pathway at a Buddhist temple near the cruise dock

In addition to the navy base, the island’s economy depends on shipbuilding and heavy industry as well as pearl and oyster farms and an active fishing fleet. Pottery has been manufactured in the area for over 400 years. Sasebo is 2 hours by train from Fukuoka and an hour and a half from Nagasaki. 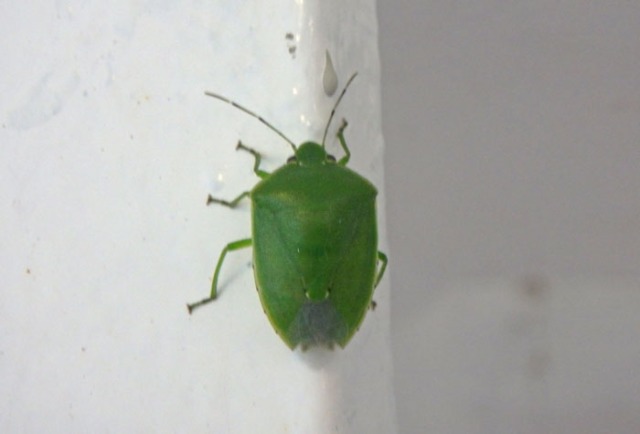 The climate is mild and wet with hot humid summers and cool winters. There is rainfall year round with the highest monthly averages in June and July. Winters can bring freezing temperatures and light snowfall.

Sasebo cruise port is located in within walking distance of both bus and train stations. The city’s main tourist attractions are about a 30 minute drive from the port. The port area is well marked with signs pointing out the direction to bus and train stations as well as the dock. There is a train station within sight of the port. It’s about a 20 minute train ride to the Dutch themed Huis Ten Bosch amusement park.

stage view from the church

From the walkway in front of the church we had a view of one of the dance festival’s performance stages across the street.

On the way back to the ship we stopped by there and watched a couple groups with kid performers in their midst. They didn’t have as fancy of outfits as some of the other groups, but they were fun to watch and the kids all did a good job in their performances.

display outside the church

The church has some displays and a small garden outside. If you walk through the churchyard and out the back side you come to another street running parallel to the waterfront, except this one is small, narrow, and the church is only about one story above ground level there.

one of the buildings at the Buddhist temple

Walk about 100 yards down this street in the direction opposite the cruise pier and there’s a small alley-type road going up a hill to the right. A short walk up this road brings you to a Buddhist temple which has several buildings and outside displays.

A walk around the wharf area provides great views of the ship and leads to Sasebo Gobangai shopping mall. There’s an area along the waterfront next to the mall on the opposite side of the wharf from the ship used as an outdoor stage during Sasebo’s annual dance festival, which as I mentioned earlier was happening on the day our Holland America Westerdam cruise stopped there. Quite a few different dance groups performed on that stage as well the outdoor stage we saw across the street from the church. There were 4 stages around the town, of which we just saw the two within easy walking distance of the ship. The one at the mall one was so close you could see it from the ship, although you’d need binoculars to really watch the performance. Between the ship and the nearest stage various groups practiced their routines so walking along the wharf meant seeing several performances at once. Free shuttles from the port brought people into the downtown area where they could find more festival performances on the other stages. 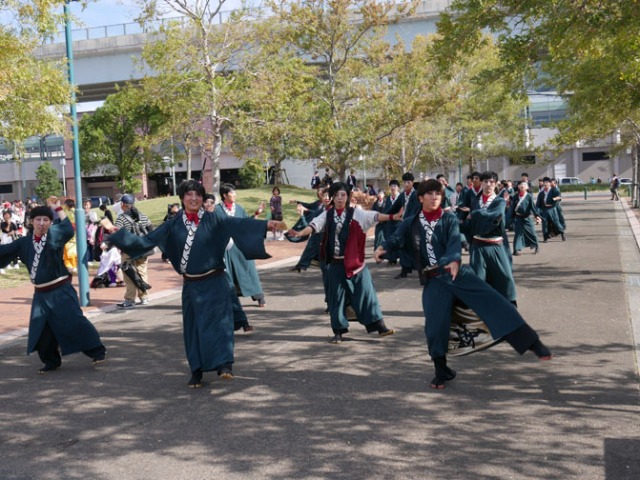 dance group practicing near the mall

The cruise terminal has free wifi, a bit of shopping, information and maps, and a money exchange where you can change dollars for yen or yen for dollars. They were also offering Chinese money on the day we ported there as our ship’s next port stop was in China.

shopping mall on the wharf in Sasebo, Japan

There’s lots of shopping near the port with the map they hand out indicating a couple shopping arcades and a market within a 10 or 15 minute walk in addition to the mall at the wharf and a shopping area next to the train station.

Sasebo is famous for its hamburgers. Sasebo burgers can be found in hamburger restaurants around town including in the mall on the wharf. There’s no exact specification for Sasebo burgers other than local ingredients.

Miuramachi Church, the symbol of Sasebo

Excursions offered from our ship included a bus tour to and around Nagasaki, a visit to a sake brewery, a trip to a shrine and a garden, a tour of Hirado Island, or a boat cruise in a bay of 99 islands. We found plenty to see just walking around near the port. Of course being festival day definitely helped in the entertainment department.