Posted on June 5, 2020 by LBcruiseshipblogger 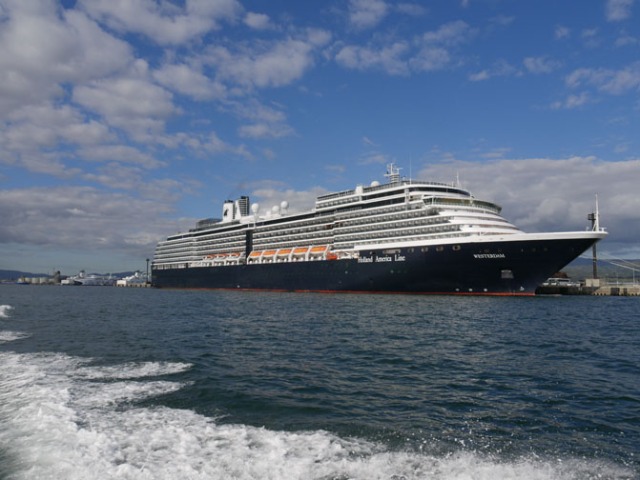 Many of the large cruise ships have a thermal suite in their spa. Amenities vary from one line to another and even among ships of the same line. Some ships have spa cabins that come with use of the thermal suites as well as thermal packages for passengers to purchase separately while others just sell the thermal package. Sales are limited to whatever number the maximum is for that particular ship to prevent overcrowding. Normally the thermal suite package is for use of the facilities for the entire cruise, but some ships do sell one day passes or provide a free one day pass to people who are high in their loyalty program or staying in the more expensive suites. Whether or not the thermal suite is worth the extra cost depends on the facilities a particular ship has to offer. 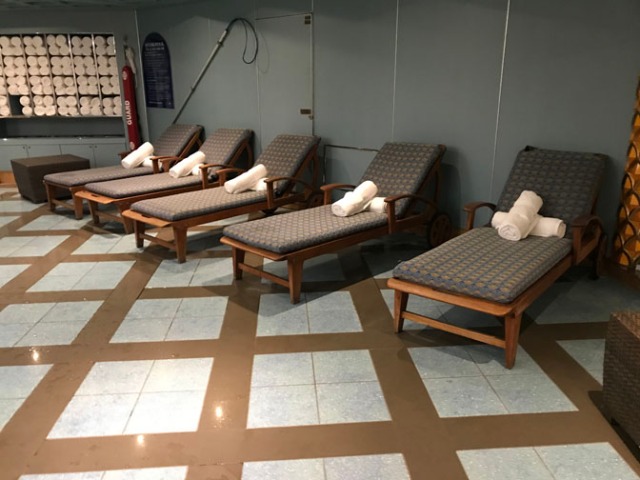 loungers in the spa pool room

On the Holland America Westerdam the thermal package limit was 40 people total for the cruise. They did also have one day passes available both for sale and for 5 star passengers which is those who have reached 500 points in their loyalty system.

spa pool on the Westerdam

The Westerdam and her sister ships Oosterdam, Noordam, Zuiderdam, and P&O’s Arcadia all have excellent thermal facilities. There’s a fairly large mineral hydropool with jets and an ergonomically shaped sitting rack made from metal bars which sounds uncomofortable, but is actually quite nice. It also has a round bit with more extreme jets and a couple spouts so there are lots of choices of places for people to relax or find comfort for their pains.

spa pool has built-in stairway, fountains, and rack to sit on

Loungers set around the pool give guests a place to sit and relax and somewhere to put their things before they get into the pool. There’s a shower for before and after pool use and a button to push on the way into the pool to start the jets. Pool entrance and exit are easily done on a built-in stairway. 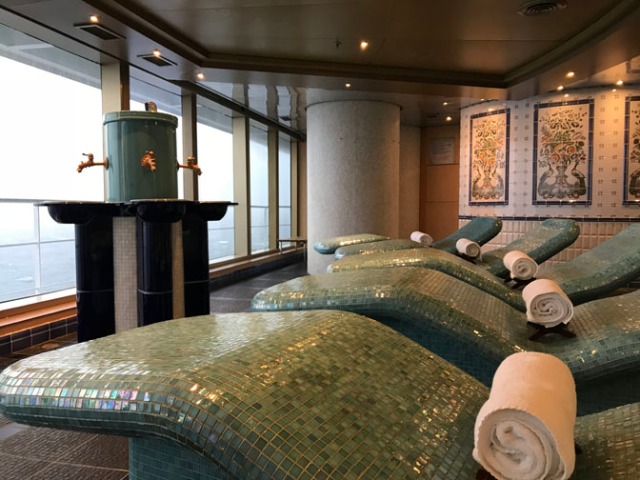 The star attraction in the thermal suite’s other room is the heated ceramic chairs, designed by a chiropractor to set the body in a comfortable position. Even though the surface of the chair is tile rather than something soft and cushiony, they are extremely comfortable. So much so that people sometimes fall asleep in them. The chairs face floor to ceiling windows offering a view of the ocean or passing scenery for anyone relaxing there. Unfortunately one of them did not work so other than sitting on a cold bench there were just 5 available during our cruise. Sometimes we went to the spa when nobody else was there (which is how everyone prefers it), but other times it could get a bit crowded and have more people wanting ceramic benches then the room had benches available. Luckily most of the time we went when there were enough available for all the people there. There were times when people came in wanting one when they were all full, in which case we would leave if we had been the first ones in the room of the people there, and sometimes other people would do the same, unless of course everyone on the benches had all just come in themselves.

steam room by the ceramic chairs

This room also has 4 tall round showers – which would only be used while wearing a bathing suit, a couple steam rooms and a sauna. One of the steam rooms is scented and the other not. People rarely used the showers so the space would have been better utilized by getting rid of one set of showers and using that space for another ceramic bench or two. 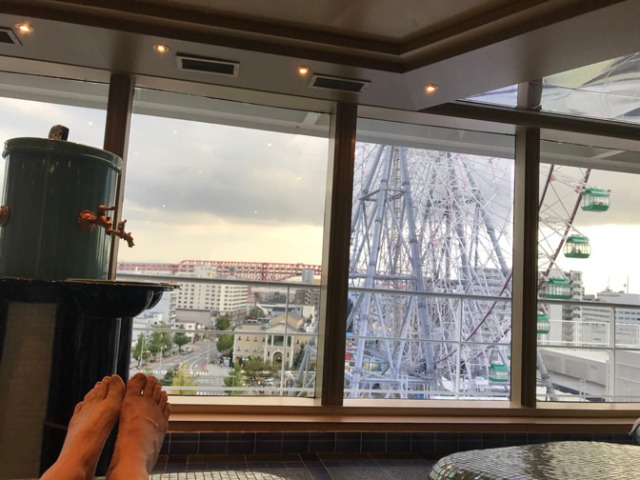 port view from the thermal suite in Japan

There are dressing rooms shared by the spa and gym which have showers where people can take a proper shower if they prefer to take one there rather than in their room, though  glass doors make those showers not entirely private. Thermal suite participants turn in their room cards in at the spa desk in trade for an access card to the thermal areas and if they want it a key to a locker in the dressing room, which contains a robe for use while they are there as well as providing a place to put their things. Spa patrons also get locker keys. 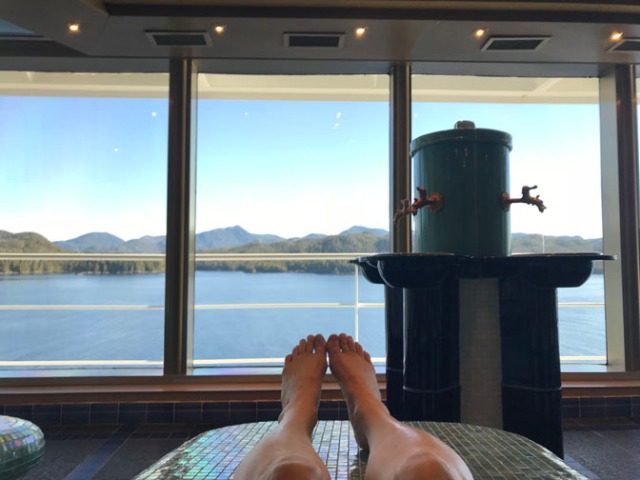 Ships normally have a spa tour on day one, which is a good way to see if the thermal suite on that particular ship is worth the extra cost. Thermal packages aren’t normally offered online to book pre-cruise, but can sometimes be done in advance with a phone call, at a bit better price than booking it onboard. I pre-booked this one, but they refunded the pre-booking onboard and billed the two cruises separately because they gave a discount on the second of our two cruises that made the total a bit less than what I’d paid ahead of time. It was nice of them to arrange it for the lower price.