Posted on January 1, 2020 by LBcruiseshipblogger

Being partial to Skechers, as they tend to fit me more comfortably than most brands, I was happy to find some boots made by Skechers when looking for something for a European vacation by train and cruise ship that would be warm enough to wear through the colder regions as we traveled through Switzerland and Austria, comfortable enough to walk around in all day, and stylish enough to wear as formal night shoes on the cruise ship as I was packing light and didn’t want to bring any more shoes than necessary. I actually wore them to dinner every night on the cruise ship, not just the formal ones. And around the ship other times as well since they were so comfortable.

These ankle-high faux fur lined slip on boots called Skechers On-The-Go Joy filled the bill. I wore them the entire 10 days of our land trip from Zurich to Lucerne in Switzerland, through Liechtenstein, Austria, and Venice. My feet stayed warm and they were always comfortable to walk in, and for all the train rides from one place to another as well. They are also great airplane shoes because they are soft and comfortable as well as easy on and off, which comes in handy if you have to remove your shoes for security screening.

We had some rainy days and though I stayed out of puddles as much as possible, sometimes you have to step in a bit of water. For the most part I never went deeper than the sole of the boot was tall and they kept my feet dry, though puddles deeper than the sole could pose a challenge for them as they are not rain boots.

skechers boots in the snow

They are also fine for walking through snow so long as you are just walking on the surface. Obviously they are not tall enough for deep snow, and not suitable for playing in the snow, but when we went up a mountain in Lucerne, Switzerland and walked around in the snow on a cold windy day my boots stayed dry inside. 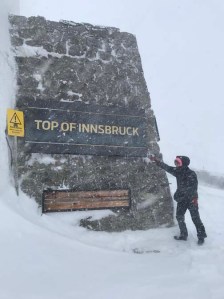 top of Innsbruck in a blizzard in skechers boots

Only once on the entire trip did my feet get a bit wet in those boots. That was near the end of a snowy, rainy day up a mountain called Nordkette in Innsbruck, Austria. The top of the mountain was pretty much in a blizzard and I made it to the top of Innsbruck sign and back with dry feet. Which was a very long 20-30 feet from the door. It doesn’t sound far, but with the wind driving minute bits of ice and snow into the eyes of anyone who dared go outside any distance seemed far. The next level, which was down one of the two gondolas it took to get to the top, was sunny with lots of snow on the ground and we walked around there for awhile. The snow was deep, but we did not sink down below the tops of the boots so they kept my feet dry just fine there too. The next level at the bottom of the other gondola was rainy with slush everywhere. We stopped to check out a small Christmas market before taking the funicular down to the Alpenzoo at the next level, where we had a very long walk in the rain. Somewhere between the slush, rain, and deep puddles some water seeped through the boots, and though my feet weren’t cold, the boots did get wet inside by the end of the day. Of course that was after pushing them well beyond the limits of what they are intended for. 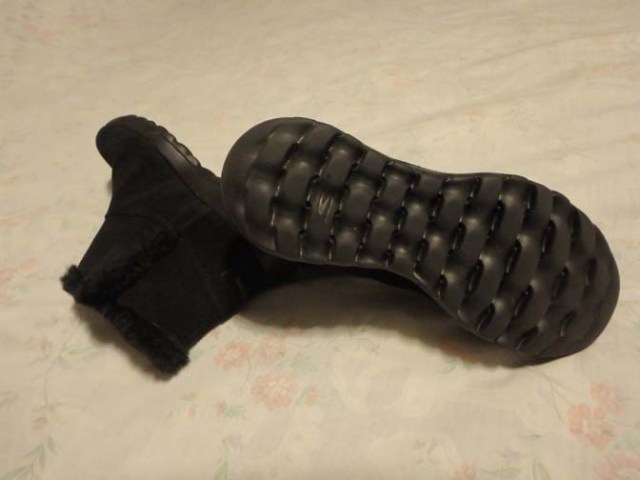 sole of the skechers boots

There were places in that zoo where my husband had issues with his shoes sliding on the slick ground, but the soles of these boots had no problems at all. 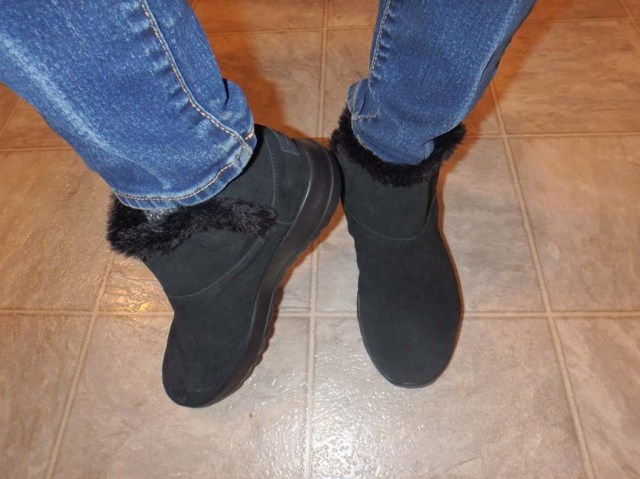 After having put these boots to the test and then some they nearly always made it through with flying colors. I put a lot of miles on them walking around everywhere and they were still in perfect condition for the cruise – where they came in handy as easy on, easy off footwear for walking around on the ship anytime and not just for formal nights. The ship sailed to warmer areas so they were not the footwear of choice for port stops, but that was due to the boots being for colder weather than what we had at those ports, not because of any issues with the boots themselves. Inside cruise ships it’s generally always cold regardless of the temperature outside so for wandering around inside the ship boots always work. 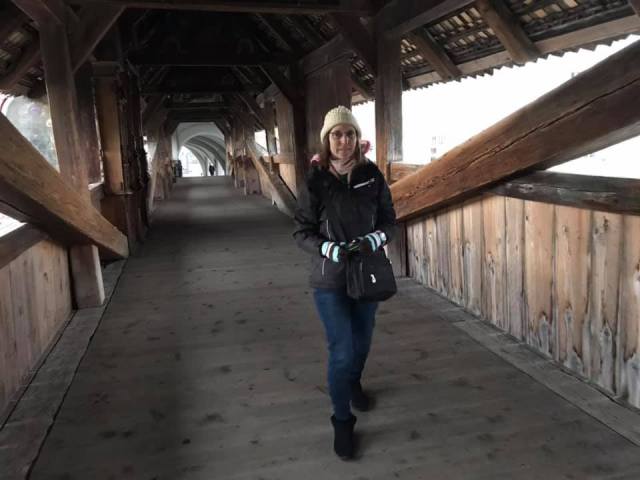 My feet stayed comfortable in these boots wearing them all day every day and putting a lot of miles on them for many days in a row, which is saying a lot since wearing the same shoes for too long sometimes does sometimes lead to sore feet so I usually try to vary my shoes from day to day. Now that I’m back home they’re still my footwear of choice, and will continue to be until the weather gets too warm for boots.

MyCruiseStories blog tells stories about adventures in cruising on ships big and small. Things to do onboard and in port. Anything connected to cruising. Also food, travel, recipes, towel animals, and the occasional random blog.
View all posts by LBcruiseshipblogger →
This entry was posted in Product Reviews and tagged boots, photos, skechers, skechers boots, travel. Bookmark the permalink.