Posted on January 8, 2016 by LBcruiseshipblogger 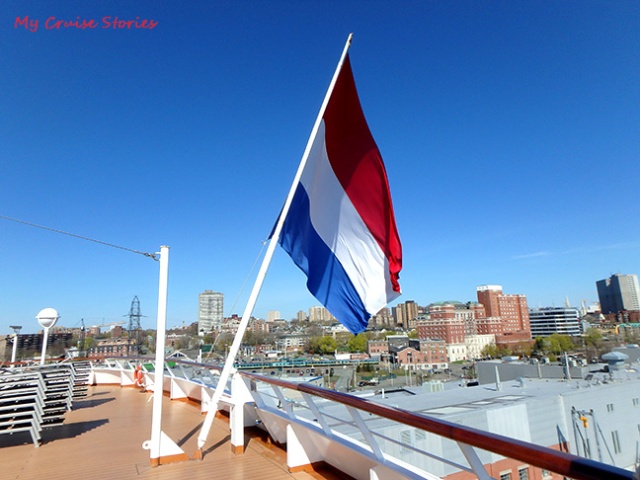 Our first Canadian stop on the Canada/New England cruise on Holland America‘s Veendam came at Halifax, Nova Scotia.  Everywhere on this cruise was new to me as I had never been to the northeast before and to me going to Canada has always meant British Columbia.  We didn’t book any excursions for this port, opting instead to just get off the ship and walk around on our own as pre-cruise online research showed this port had quite a lot within walking distance of the dock.

Halifax had free wifi at the port and quite a few souvenir shops right where you get off the boat.  I found the wifi at all the ports too slow for my very slow old netbook travel computer, but it worked OK with the iphone (kept in airplane mode to avoid unwanted charges.) My aunt’s ipad worked fine there too. 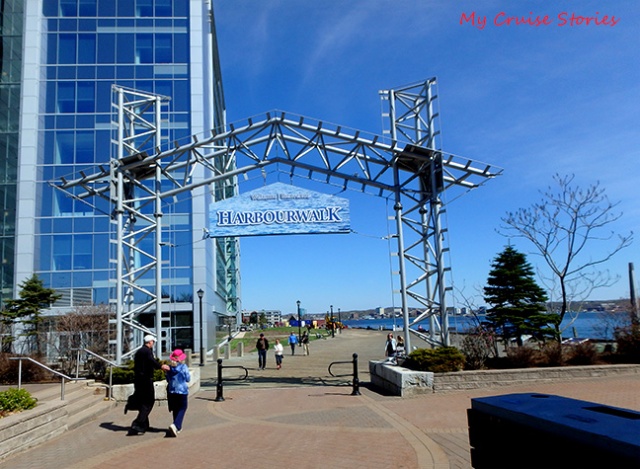 A walkway running along the waterfront from the pier takes passengers to a variety of things to do.  Even some things way out of the ordinary.  My uncle found a passenger list of the ship my grandfather’s family arrived in Canada from England on when my grandfather was just a child at an immigrations office near where the ship docked at the port. 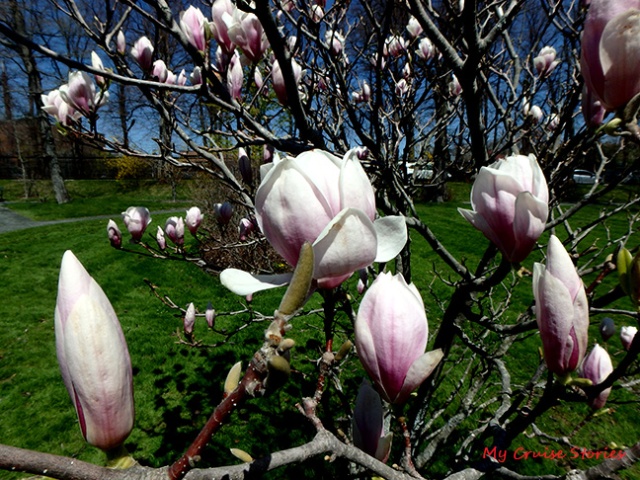 magnolia tree at the public garden

Along the boardwalk you can find all sorts of things to do. The hop-on hop-off bus people hand out maps right near the exit from the cruise port to the boardwalk which can come in handy whether you want to walk for free or pay to ride their bus. Along the boardwalk there are things to see and do. Plaques and statues give some insight to the history of the area. At the start of our journey we first passed an old train car right next to the building you go through getting off the ship. Nearby there’s a farmer’s market that has lots of local maple products and other things as well as cooked food people can buy to eat there. All along the boardwalk we saw shops, food stands, and tourist attractions. 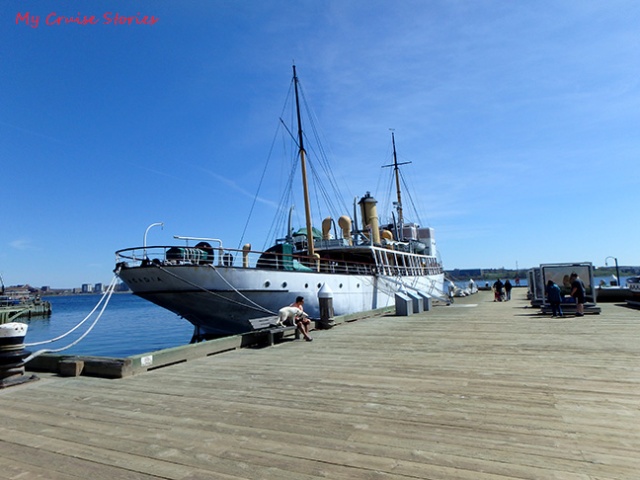 We found one place where we could take photos of the ship from the boardwalk and another selling tickets to the harbor hopper amphibious vehicle that goes from land to sea. We saw a boat with a booth out front saying you could get tickets to ride it for $5, which we might have done except there was nobody there. 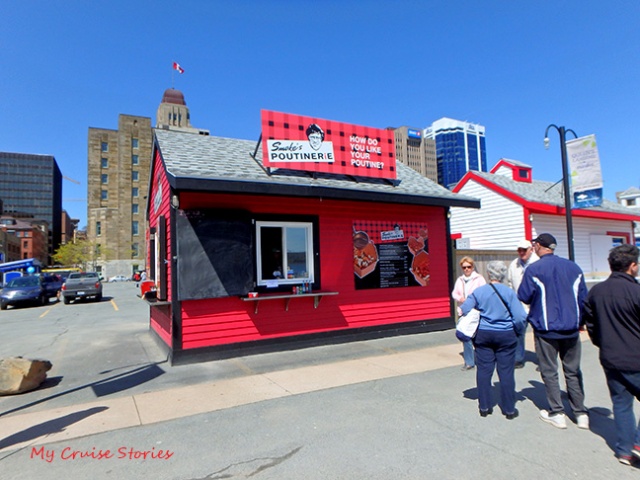 Among the shops on the pier we saw a snack shack where brave souls can try the Canadian specialty poutine (French fries with cheese curds and gravy.) I’m guessing it’s an acquired taste as it did not look appetizing to me. Also probably an eastern Canadian thing because I’ve never heard of it before or seen any such thing in B.C. and it apparently originated in Quebec.  The poutine shack also had some with meat, but that didn’t look any more appealing. 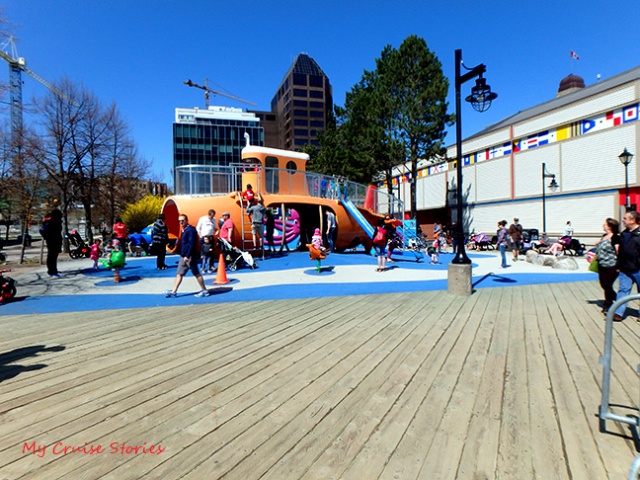 playground on the boardwalk

If you walk far enough down the boardwalk you’ll come to a playground, great for people sailing with small children. There’s also a maritime museum and a visitor’s center along the way. At the end of it there’s a casino. 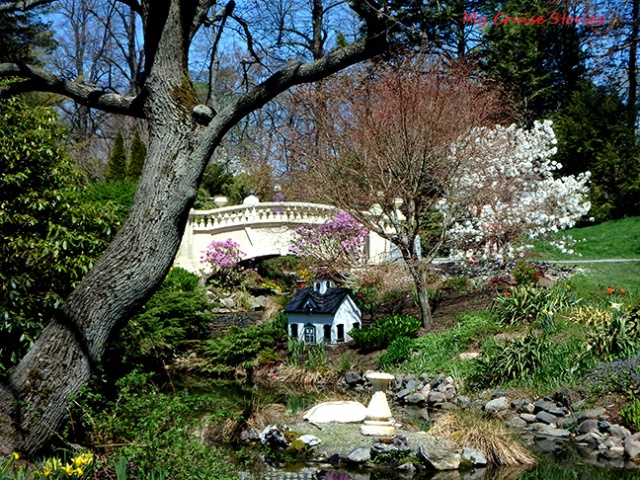 miniature house by a creek at the public garden

With a map it’s easy to find the public garden, and there are other attractions within walking distance like the Citadel. 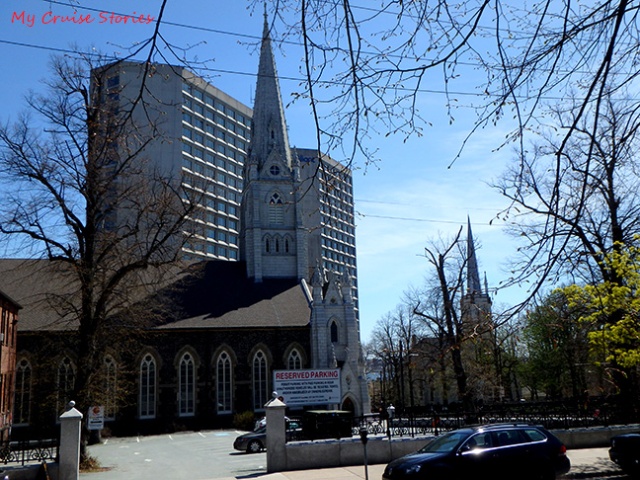 My aunt and I walked down the boardwalk to the ferry terminal and then followed the bus map up to the garden. On the way there we passed several beautiful old churches with tall intricate steeple spires.  Old churches are always one of the best representations of an era’s architecture. 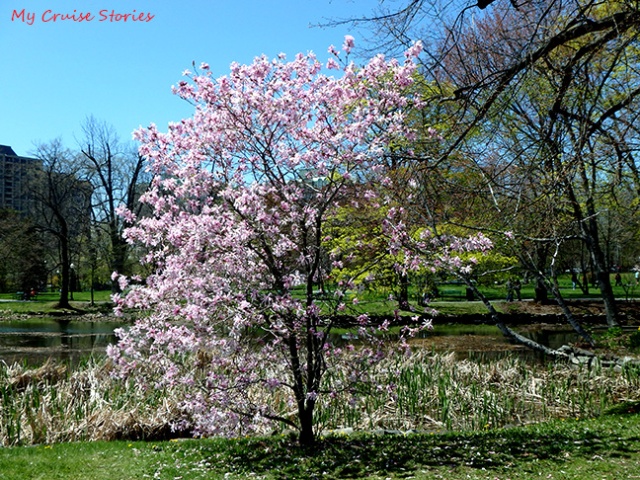 The garden had a lot of things similar to the Pacific Northwest, but blooming later as the daffodils and flowering cherry trees were in full bloom in Halifax while at home the early spring flowers were long gone before our May cruise.  The northeast had a harsh winter and late snowmelt that year so spring came later than normal to the region. 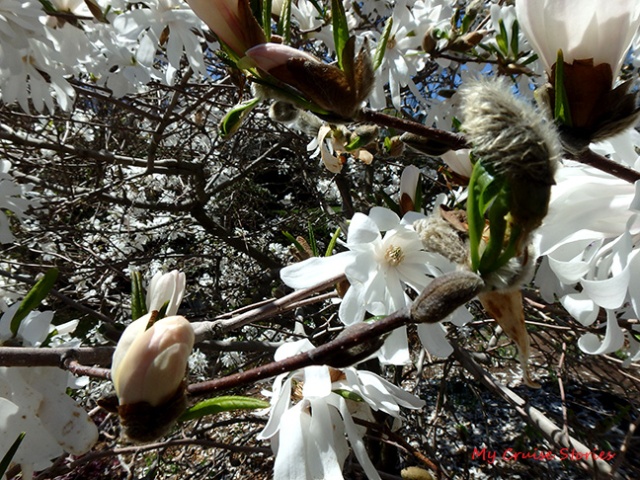 tree with fuzzy little things that looked like pussywillows

They had some other things in bloom as well like magnolia trees, hyacinths, and something that looked like dogwood. Also a tree with white flowers and some fuzzy little pods that resembled pussy willows. 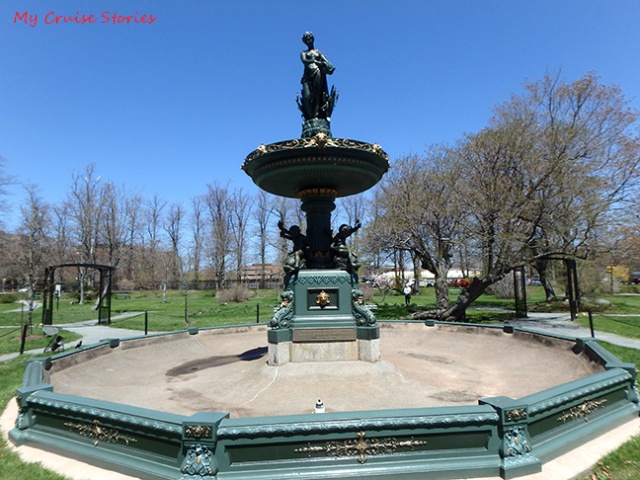 Like the boardwalk and a park we walked through later, the garden had statues, plaques, and other historical monuments. Many of the plants were either still in their winter dormant stage at mid-May, or just starting to bud. None of the fountains had water going. Perhaps those get turned on later in the season. 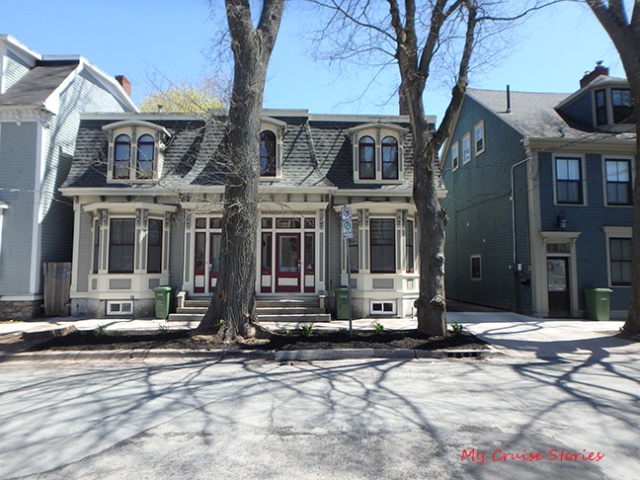 If you wander off on your own in Halifax it’s pretty easy to find your way back to the ship. Just head toward the water and eventually either come out at the boardwalk or somewhere where you can see the ship.  We took a random route on whatever streets had the most interesting looking buildings and ended up at a park near the dock. 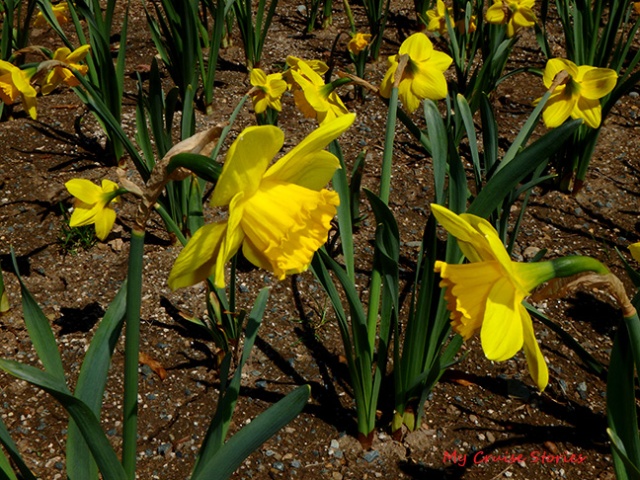 daffodils at the public garden

Whether choosing to tour Halifax on foot or taking a paid tour, there’s lots to see. We even saw a group of people riding segways down the boardwalk, probably on an excursion from the ship. 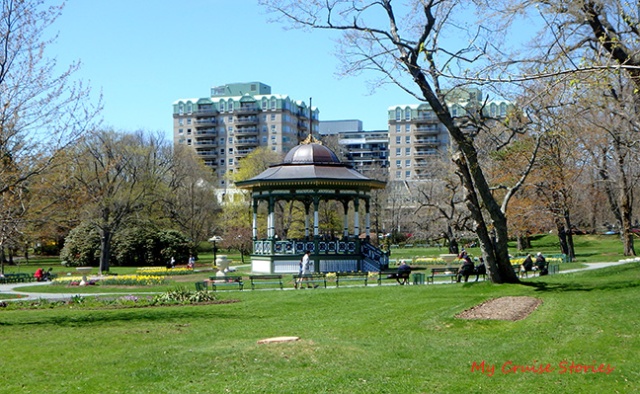 MyCruiseStories blog tells stories about adventures in cruising on ships big and small. Things to do onboard and in port. Anything connected to cruising. Also food, travel, recipes, towel animals, and the occasional random blog.
View all posts by LBcruiseshipblogger →
This entry was posted in Canada, Holland America, Port Cities, Ports of Call, Veendam and tagged Canada, free things to do in port, gardens, Halifax, Halifax cruise port information, Halifax public Garden, New England, Nova Scotia, on your own in port, photos, travel. Bookmark the permalink.