How to Make a Towel Santa

Posted on December 25, 2014 by LBcruiseshipblogger

How to Fold a Towel Santa

How to Fold a Towel Santa Body

roll both ends of bath towel to middle

Lay red bath towel out flat.  Roll both ends to the middle.

Fold rolled towel in half, rolls to the outside.  Pull tip ends out of each roll.

pull both ends of the towel at once

How to Make a Towel Santa Head 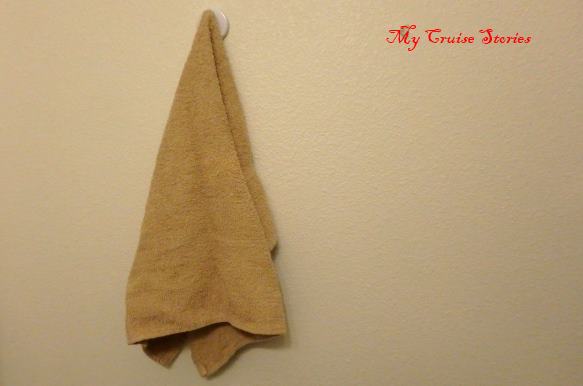 Hang skin colored hand towel on wall hook or tuck center of one long side under chin.  Make sure both sides of towel hang evenly.

roll both sides as tightly and evenly as possible

Roll both sides to middle, keeping them as tight and as even with each other as possible. 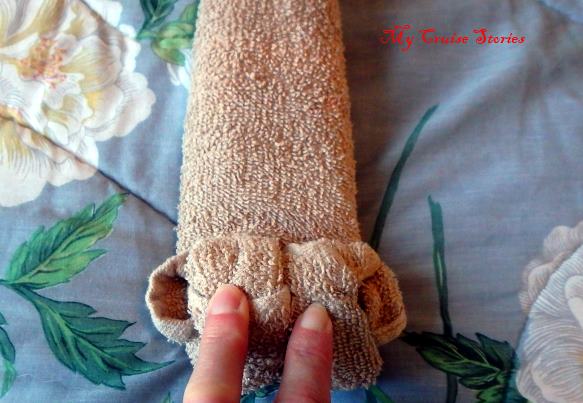 Set towel on flat surface with rolls on the underside.  Leave just enough loose towel for ears hanging off each side at the end and roll towel from big end to small end.  Tuck excess towel from ear ends into sides of rolls before the rolls get too tight for that.

Roll towel nearly to small end, then tuck small end between rolls leaving a bit of the tip sticking out for a nose. 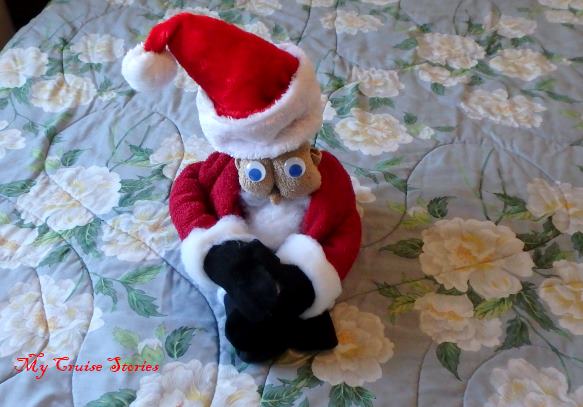 Use safety pins to adjust the Santa hat until it fits the towel Santa head.  If you can’t find a small hat, tuck part of the hat inside itself to make it smaller and pin it.  If you want the hat to stand up, stuff it with some of the cotton.  Set hat on the towel Santa head, pin in place if necessary.  Put mittens on the arm rolls and use socks for boots on the leg rolls.  Cut strips of cotton and wrap around each arm and leg for white trim on Santa’s suit.  Make a cotton beard and set it on the Santa head.  Place head on body.  Use double stick tape to put google eyes on the towel Santa.  You can make paper eyes if you don’t have googly eyes.

For instructions on how to fold other towel animals visit My Cruise Stories Towel Animal Page.

MyCruiseStories blog tells stories about adventures in cruising on ships big and small. Things to do onboard and in port. Anything connected to cruising. Also food, travel, recipes, towel animals, and the occasional random blog.
View all posts by LBcruiseshipblogger →
This entry was posted in Towel Animals and tagged Christmas, crafts, holidays, how to, photos, Santa, towel Santa. Bookmark the permalink.

2 Responses to How to Make a Towel Santa