How to Fold a Towel Reindeer

Posted on December 25, 2013 by LBcruiseshipblogger

How to Make a Towel Reindeer

5. Two eyes – Use google eyes or make eyes out of felt or paper

How to Fold a Towel Reindeer Body

roll short sides of bath towel to the middle

Lay the bath towel out flat.  Roll each end of the short sides to the middle. 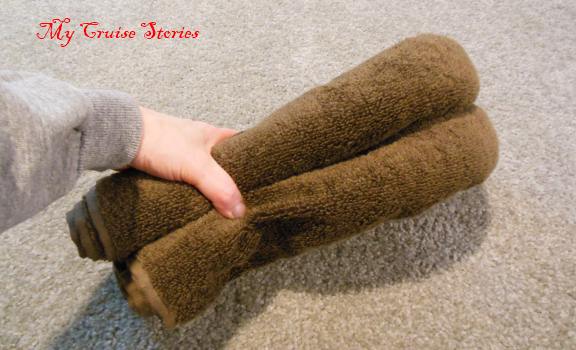 Fold rolled towel in half, rolled sides out

Fold the rolled bath towel in half with the rolled part to the outside.

Pull the tips out of the end of each roll.

Grasp the two tips of one roll in one hand and the other roll in the other hand.  Pull all of them at once stretching the towel tight until all the inner rolls pull out and the rolled bath towel becomes a 4-legged body.

How to Fold a Towel Reindeer Tail

Use a washcloth to make the towel reindeer tail. 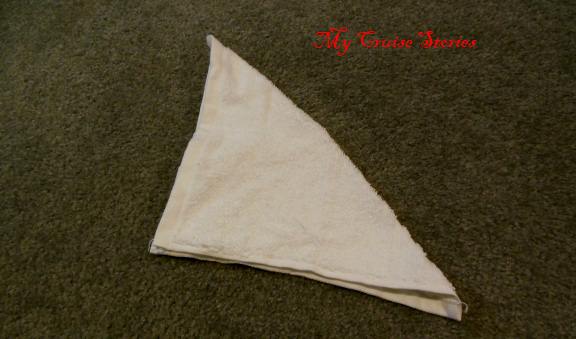 fold washcloth in half

Lay the washcloth out flat.  Fold in half diagonally forming a large triangle.

fold in half diagonally again

Fold in half diagonally again forming a small triangle.

fold each half of the triangle to the center

Fold each half of the triangle to the center from the peak at the skinniest tip end to the base of the triangle at the widest end so it becomes the shape of a deer tail.

insert tail between rolls on underside of main body

With the rolled side facing up on both the main body and the tail, insert the tail between the rolls on one end of the body.

sit the tail end down and stand up front legs

Bring the legs on one side of the body over to the other side so the body folds in half with the tail sticking out the center of one end and roll the body over with the rolled side underneath.  Sit the tail end down and stand up the legs at the front end.

tie Christmas garland around the body and across the front

Tie a harness of Christmas garland around the center and across the front of the reindeer’s body.

wrap one pipe cleaner around the other

For each antler, bend one end of a pipe cleaner as the forward bit of the antler and the rest upward for the main tall part of the antler.  Take a second pipe cleaner and wrap it around the first at the bottom of the tall part with enough sticking up to make a small antler point at the joint.

Wrap the second pipe cleaner around the first partway up and then bend the rest outward for a taller antler point.

How to Fold a Towel Reindeer Head

Use a hand towel to make the reindeer’s head. 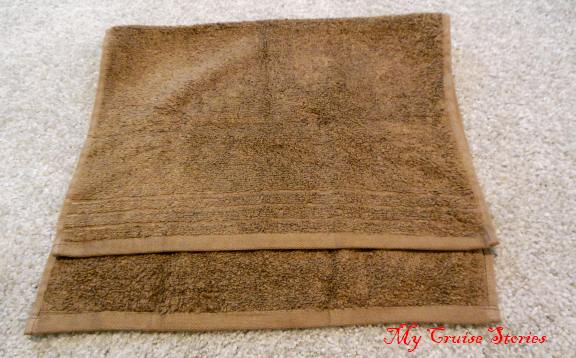 fold towel from short side, not quite to the end

Fold the towel from the short end, not quite in half.  Leave a couple inches of single layered towel hanging beyond the edge. 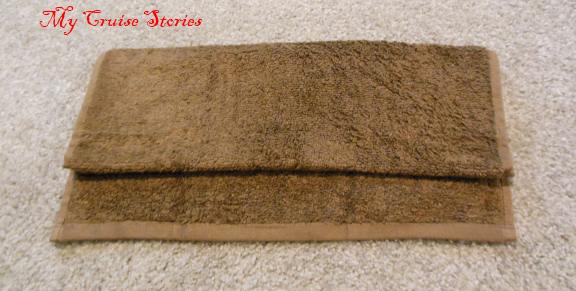 fold over again from folded end

Fold towel over again, to the end of the doubled part, still leaving the single layer hanging off one end. 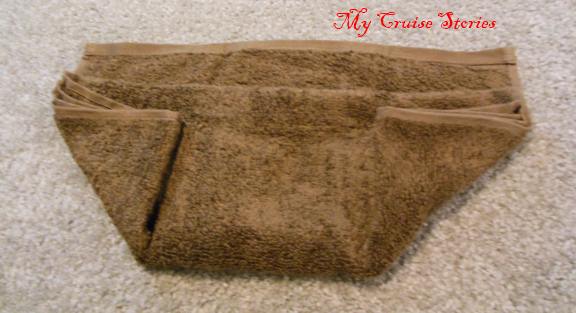 fold down corners on folded end

Fold corners down from the folded edge nearly to the end of the folded part.

roll sides to the middle

Roll each side to the middle.  Keep it straight at the start of the roll so none of the folded part gets into the single edge.

Once the roll reaches the end of the folded-down corner you can angle it a bit with the skinner end of the angle at the folded edge and the wider end where the single layer hangs over.

twist ends of pipe cleaner together on rolled side of head

When both sides are tightly rolled to the middle, wrap a chenille stem around the towel, closer the end with the single layered edge.  Twist the ends of the pipe cleaner together on the rolled side.

The pipe cleaner will sit flat on the flat side of the reindeer head. 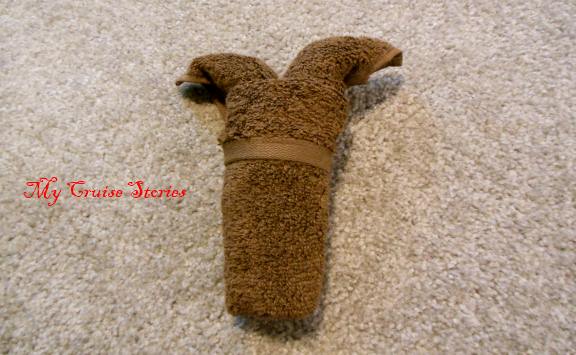 fold the single layer down over the pipe cleaner

On the flat side, fold the single layer down over the pipe cleaner.  Shape the ears as desired.

Tuck the antlers into the fold at the base of the ears.  Pinch a bit of the forward antler just in front of where the other pipe cleaner is wrapped so there is something to tuck into the fold.  Position the antler as desired.

Set head on top of front end of reindeer and it’s done! 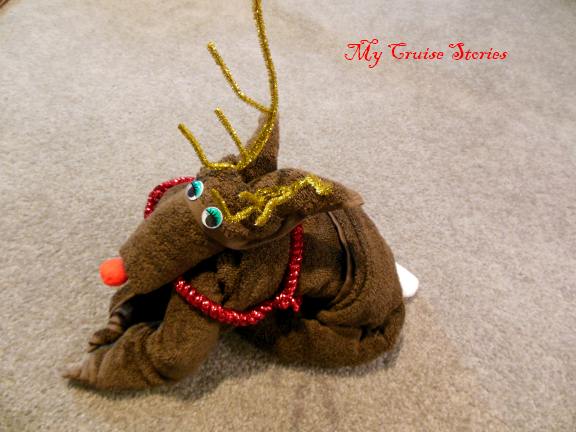 Click here for How a Fold a Towel Santa Claus

5 Responses to How to Fold a Towel Reindeer