Posted on September 14, 2014 by LBcruiseshipblogger 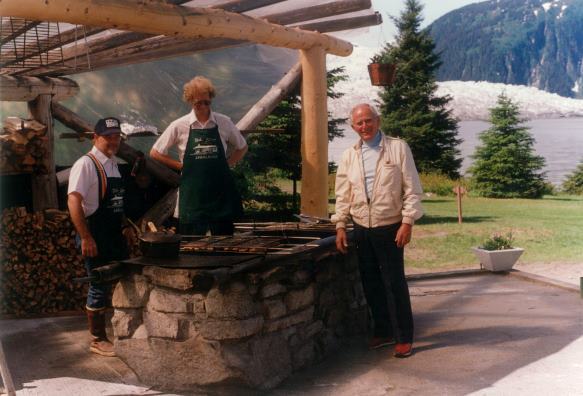 Part of a cruise ship doctor’s duties involve taking care of the ship’s crew.  Likely they need the doctor more than most passengers since they live on board for many months at a time working long hours every day.

In excerpts from the book ROLL THE DICE, PICK A DOC AND HOPE FOR THE BEST, we can read about Dr. Len Kreisler’s experiences as a cruise ship doctor from the chapter What Ship, What Cabin, and Doctor Who?  He spent four years working for a small independent cruise line called Regent Lines, which ran five 1960’s vintage ships and went bankrupt in 1995.

Passengers would be amazed by the contrasting living conditions of the crew.  The newer ships are much better than the older ships.  I made a crew cabin call on one of my 60’s vintage Regent ships where I walked past laundry hanging in the alleyway, bulkheads in desperate need of paint and gross overcrowding.  It looked like photos from a New York East Side tenement building in the early 1900’s.  A deckhand was recovering from Chickenpox.  Four crewmen shared a 150 square foot cabin with two bi-level bunks.

Another time, on an Alaskan run out of Vancouver, I wandered into the crew’s galley.  They were very surprised and pleased to have the doctor, in his white jacket and scrub suit, grace them with his presence.  It apparently was the first time a ship’s doctor had taken time to visit their work and living areas.  A good share of their food was ethnic.  Lots of rice and beans, deep fried everything, dried fish, high calorie staples with liberal quantities of hot sauces and spices.  I took a peek into a huge pot on a large stove.  Salmon fish heads were bubbling in some sort of vegetable stew.

“Where’s the rest of the salmon,” I asked the head chef.

“On the passenger tables, not here,” smiled the Filipino galley veteran.

The crew doesn’t starve, but they certainly don’t eat from the top of the menu.

They don’t seem to mind that.  When sailing with my son and his Filipina wife our Filipino waiter made special arrangements to serve our table a Filipino dinner from the crew galley one night as a special treat for her.  On another ship that did not serve the crew ethnic food our steward said at port stops the crew frequent Chinese restaurants where they can find food spicy enough for their liking.  Back to Dr. Len’s book.

The crew frequently worked 12 or more hours per day in 6 to 12 month segments.  They made good money in comparison to where they called home and they earned every penny of it.

A Chinese crew ran the laundry on the Regent ships.  The head man spoke passable English, but his crew spoke little to no English.  They ate in the laundry area and I never saw them mingling with the rest of the crew.  One laundry worker came for medical care for a persistent hand rash.  I shocked the heck out of them when I descended into the forward bowel of the ship to inspect their working conditions and laundering products.  Communication was difficult, but I managed to convey the message that I wanted the man with the hand rashes to wear protective gloves or be transferred to a detergent-free area in the laundry.  The head man appreciated my personal interest and unprecedented visit to the ship’s laundry.  I received free laundry service for the remainder of my cruise.

The ship ran on diesel fuel.  The engine rooms were about as close to Hollywood’s version of hell as you can get: located deep down in the ship, constantly over 100 degrees Fahrenheit with deafening sound levels.  The crew’s sound mitigating ear coverings hung unused around the work areas.

The Greek engineers sat inside an air-conditioned, remarkably quiet, windowed room from which they viewed the important areas of the engine complex.  The Indonesian and Filipino deck hands worked in the noisy, very hot, dirty, oily, hands-on areas of the engine room.  I tapped one of the men on his shoulder and pointed to the hearing protectors hanging on a nearby pole.  He smiled and shrugged.  Most of these men were hearing impaired.  I thought back to my training as a specialist in Occupational and Environmental Medicine and OSHA’s (Occupational Safety and Health Association) standards for noise, heat and air quality.  Dream on: different lines undoubtedly had different degrees of conscience and compliance to worker’s compensation guidelines, but the Regent Line was back in the dark ages.

I certainly didn’t sign on for the money.  Maritime Medical, the company that paid my salary, gave me $200 per week plus ten percent of charges for passenger medical care.  I received no money for crew medical care.  Regent Lines did pay Maritime Medical for crew visits.  I don’t know whether they got a lump sum, per visit pay, or both.  I paid for my own airfare to and from the port, unless they called me on short-notice emergency coverage.  I paid for my wife’s airfare if she came along as well as her port charges.  We got a cabin, meals, use of the facilities, and were asked not to gamble or compete in passenger contests.

The casino concession was run by a British company.  I understand Regent was guaranteed $10,000 plus a percentage of the take for each 7-10 day cruise.  Regent couldn’t lose.

MyCruiseStories blog tells stories about adventures in cruising on ships big and small. Things to do onboard and in port. Anything connected to cruising. Also food, travel, recipes, towel animals, and the occasional random blog.
View all posts by LBcruiseshipblogger →
This entry was posted in Guest Blogs, Shipboard Life and tagged cruise ship crew, cruise ship doctor, medical care on a cruise ship. Bookmark the permalink.