Carnival Breeze Bridge Tour and Interview with the Captain

Posted on April 6, 2013 by LBcruiseshipblogger 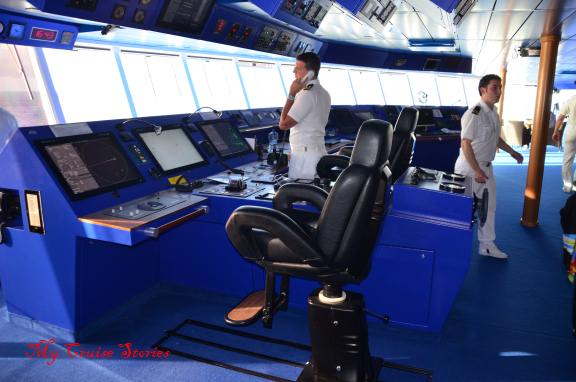 Where inside a cruise ship has a view forward, backward out both sides, and down below?  Most passengers never get to see this area of the ship, and if they do may be so interested in everything else they don’t notice, but the best views on board from anywhere inside the ship are found on the bridge!

I’d imagine that is a good thing.  The captain, officer of the watch, or whoever else may drive the ship needs to see everything around them far more than the passengers do.  Of course the ship has all sorts of electronic gadgets to assist the bridge crew in their navigation. 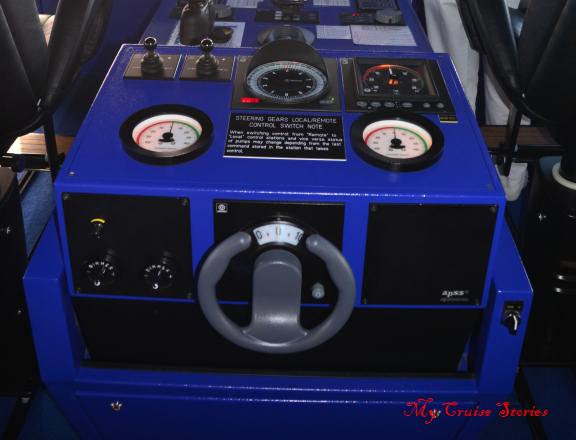 Every cruise ship bridge we’ve seen had a very tiny steering wheel, almost lost among all the other navigation equipment on the bridge.  Unlike the ships of yesteryear steered with their large wheels, modern ships hardly use them.  Manual control is usually done with more of a joystick instead. 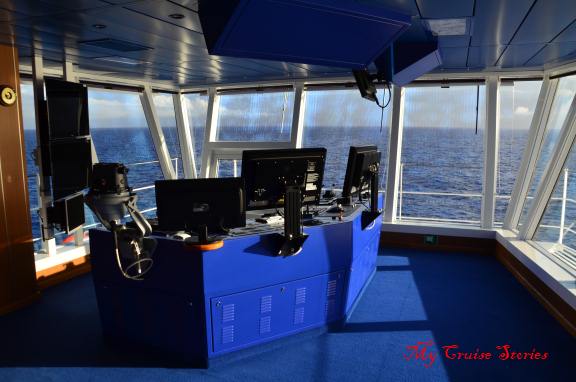 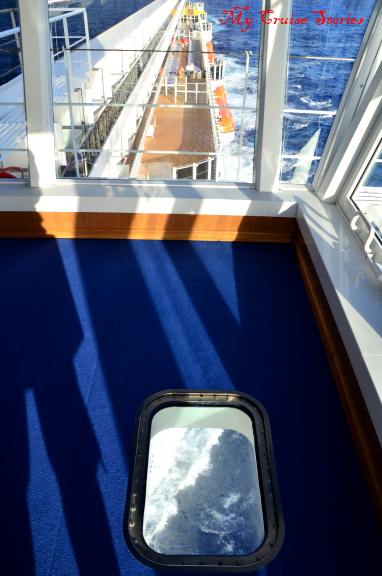 This window aids the captain in docking the ship.  With a cruise ship, the captain has a very lot of ship to dock.   It’s a good thing ships that large can move sideways (by use of thrusters) as well as forward and backward.

Captain Stefano Battinelli had the honor of taking Carnival Breeze across the ocean on its very first transatlantic cruise.  He took the time out of his busy day to show us around the bridge and we even had a cup of tea with him.  Cruise ship captains are real people, although they do have far more responsibility than the average person.

We did this interview somewhere in the middle of the Atlantic Ocean on our transatlantic cruise.  While looking out the front window we noticed a hitchhiker on the bow.

Look up – more control panels above on Carnival Breeze Bridge

diagrams of the ship hang on Breeze bridge wall

MyCruiseStories blog tells stories about adventures in cruising on ships big and small. Things to do onboard and in port. Anything connected to cruising. Also food, travel, recipes, towel animals, and the occasional random blog.
View all posts by LBcruiseshipblogger →
This entry was posted in Breeze, Carnival, Shipboard Life and tagged bridge, captain on the bridge, Carnival Breeze, Carnival Breeze bridge, cruise ship bridge, cruise ship captain, photos, video. Bookmark the permalink.