Posted on March 16, 2013 by LBcruiseshipblogger 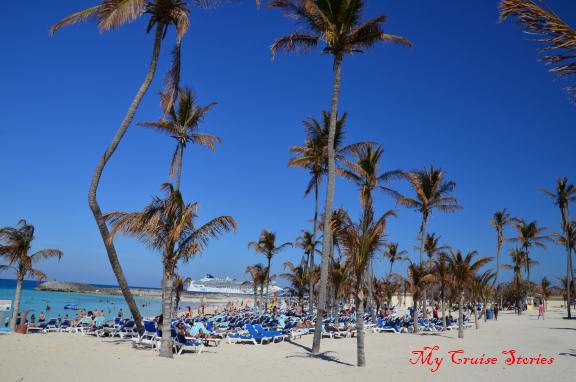 Many cruise ship lines have private islands around the Caribbean where their own ships stop.  These islands have ways for cruise ship passengers to spend a pleasant day on shore.  Norwegian cruise line’s Great Stirrup Cay in the Berry Islands of the Bahamas is no exception.  With a beautiful blue lagoon and white sand beaches passengers bask in the sun or sit in the shade of palm trees.  They could swim with stingrays or slide down a hippo slide – the world’s largest inflatable slide.

Then hurricane Sandy came along, leaving devastation in her wake.  Brown, dead-looking trees and bushes stood sadly over a choked lagoon.   The shredded slide would never hear the laughter of happy children again.  Where a gentle sandy slope once led to a sandy shore, a four foot sandless drop overlooked boulder-filled waters.  One pole remained where the stingray pen once stood. 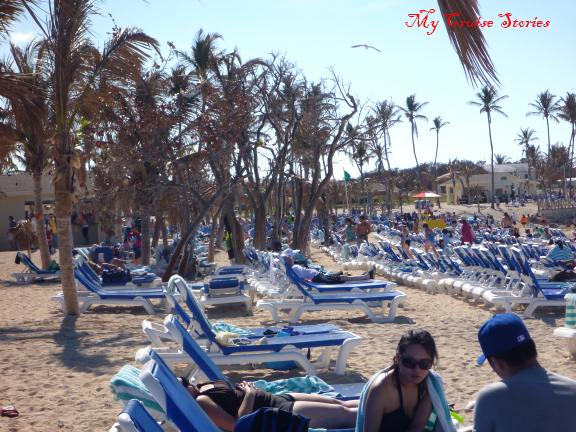 sand restored to the beach

Working hard to make the island a nice place to visit again, island employees dredged the lagoon, replaced the sand on the beach, and on ship free days, work on removing the boulders.  A new slide will replace the ruined one.  The stingrays stayed in the area, sometimes seen by passengers snorkeling around in the lagoon.

At first glance, all the island’s vegetation looked brown and dead.  Upon closer examination, we saw nature at work.  Bits of green started appearing amidst the brown.  A leaf here, a stem there.  Soon the trees and shrubs – mainly palm trees and sea grapes – will have more green than brown.  When enough time passes they will once again stand in a green finery of leaves. 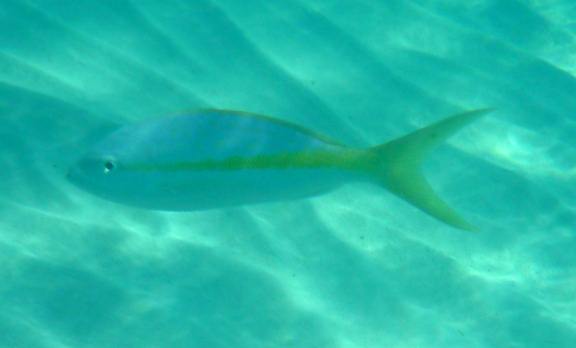 The water in the lagoon, described as crystal clear on Norwegian’s website, was cloudy and murky during our visit, probably due to the damage sustained there during the hurricane.  That too should settle down over time.

Overall, the island got off fairly easy in the hurricane.  Buildings on Great Stirrup Cay remained intact.   Other areas were not so lucky.  Hurricane Sandy killed people in some parts of the Caribbean, hit Cuba at its peak causing some death and much destruction, and devastated the north Atlantic coast of the USA.  It destroyed many of the popular seaside tourist attractions in Atlantic City, New Jersey along with many homes and businesses.  It left parts of New York without power for days.

We were there in November 2012, shortly after the hurricane while the damage was still new.  Likely by now much on Great Stirrup Cay has returned to normal.