Posted on February 25, 2012 by LBcruiseshipblogger 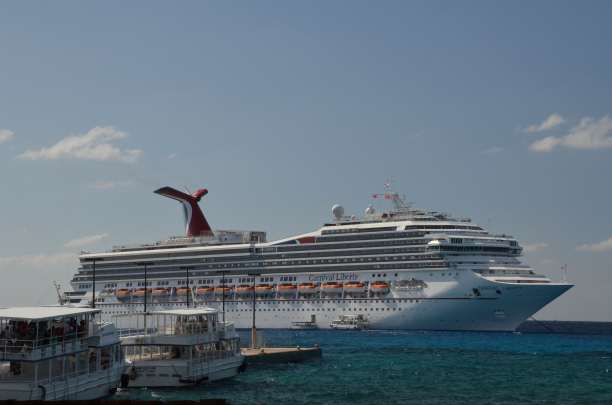 Most people associate the Cayman Islands with banking, and a place people keep anonymous offshore accounts.  Legislation passed in 1966 to encourage the banking industry allowed the banks to flourish, giving a boost to their economy.  The Caymans, which includes Cayman Brac and Little Cayman as well as Grand Cayman, have so much more to offer besides 550 major international banks and 325 insurance companies. 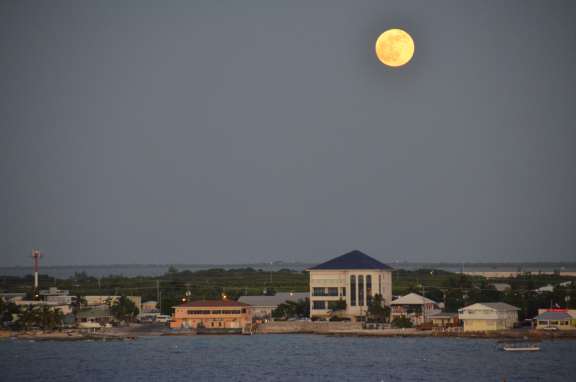 Like just about anywhere else in the Caribbean, the Caymans make a great place for a vacation.  Grand Cayman lies 480 miles due south of Miami.  Average temperatures range from 77-79 degrees.  Water temperatures range from 78 degrees in a colder winter to 86 degrees in a hot summer.  The island has sunny days year round, and the months with the least rain are December through April.  The islanders speak English as their main language. 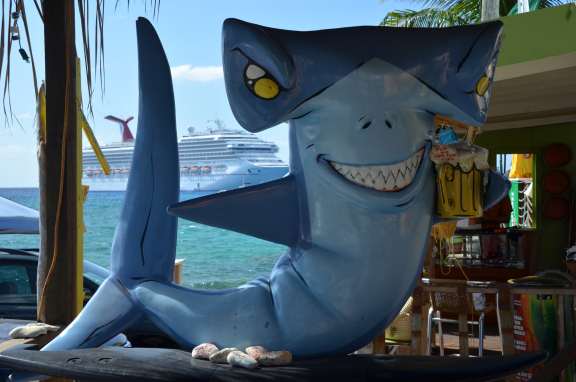 Scuba diving and shopping are the most popular tourist activities, followed by snorkeling, fishing, and glass bottom boat or submarine tours.  Cruise ships stop at Grand Cayman, anchored near George Town within sight of shore and just a short tender ride to the pier.  The first cruise ship, Atlantis, stopped in 1937, bringing the beginnings of tourism to the islands. 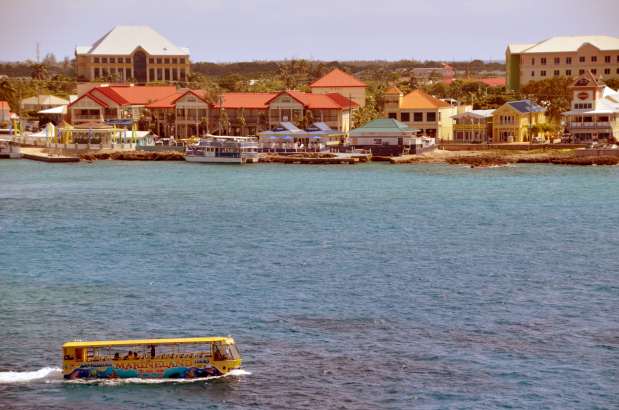 Once on shore, tourists with no specific goal in mind have a multitude of shops to browse through.  Nearby Seven Mile Beach, or one of the other many beaches on Grand Cayman beckon to others as a place to spend the day in sun, sand, and warm water.  Grand Cayman has other attractions such as historical sites, parks including one with botanical gardens, and of course diving and snorkeling.  Reefs, stingrays, and shipwrecks including the recently sunk Kittiwake offer a variety of different excursions.  Some visitors go to the very small town of Hell, many to send a postcard or just to say they’ve been there.  Others do their own taxi tour of the island, some even stopping to swim with dolphins. 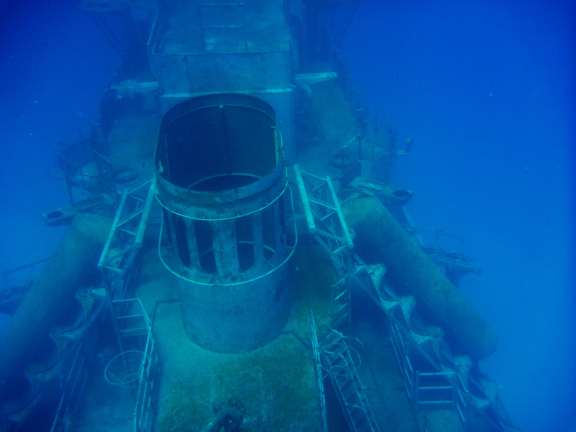 The deepest place in the Caribbean, called Cayman Trough or Cayman Trench surrounds the Cayman Islands and also hosts the worlds deepest undersea volcanoes.  The steep walls are covered in healthy coral near the top of the trench.  Wall dives are an option from all three islands, though probably not all in one day as 75 miles separates Grand Cayman from the other two.

Like many other islands in the Caribbean, Columbus discovered the Caymans by accident.  Blown off-course in 1503, he spotted Cayman Brac and Little Cayman, which he called Las Tortugas or The Turtles.  The name did not stick long, with Camanas or Caymans in use by 1530.  Reports from old sailing ships indicate that the Cayman Islands were once home to crocodiles as well as the similar reptile known as caymans.  Though caymans are edible, when stopping for food the sailors tended to take turtles instead.   This practice depleted the wild turtle population leading to the establishment of turtle farms, which became tourist attractions.

Not all ships sailed safely past.  The Cayman Islands are home to many shipwrecks.  In 1794 ten out of 58 off-course ships wrecked at once off the east end of Grand Cayman, known as the wreck of the 10 sail.  The first ship ran aground on the reef and tried to signal the others away, but nine more ran aground before they realized they were signaling to stay away, not to follow.  Islanders rescued the stranded mariners. 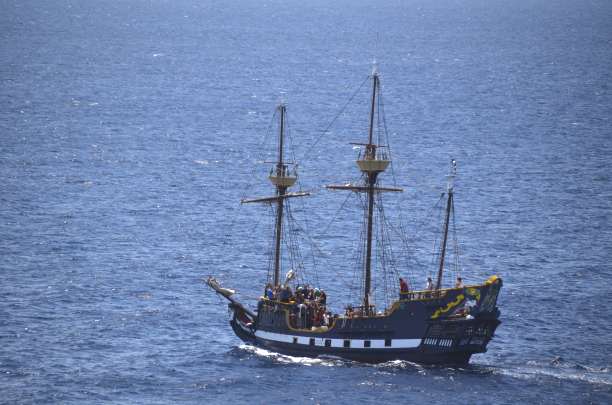 Many ships from the Caymans traded goods with Jamaica, which governed the islands for a time when both countries were under British rule.  Early goods included cotton, turtle, sarsaparilla and wood.  Jamaica has since gained independence, but the Caymans retained their ties with Britain.

While much of the Caribbean had indigenous populations before the arrival of Columbus, the Caymans did not.  The first recorded settlements did not occur until the mid 1600’s.  The Caymans saw their share of pirates, including Blackbeard.  A large percentage of the island’s early population were slaves until 1834 when they became free.  Most earned their living from the sea, whether through harvesting local marine life such as turtles, or hiring out as sailors on foreign ships.  The islands now have a healthy economy mainly through tourism and financial services.

Visitors arriving on cruise ships will find shore excursions offering a variety of snorkel options, scuba diving, or semi-submersible submarine tours if they want to see life underneath the sea.  Other options include dolphin or stingray encounters or a visit to a turtle farm.    Some may choose a getaway to 7-mile beach, kayaking, parasailing, or a pirate boat ride.  Grand Cayman has land tours as well including jeep rides or bus tours to shopping, historical places, a car museum or the tiny town of Hell, most likely named for nearby rock formations. 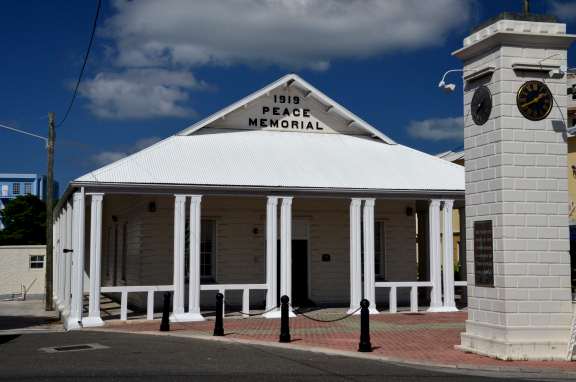 Those who choose to just get off the boat and explore on their own will find the tender pier located amidst the shopping district.  Plenty of the usual tourist shops filled with jewelry and other trinkets abound.  Interesting architecture and local markets are within walking distance, and cabs take passengers to places that aren’t.  Chris, Liza, and I had a great time on the Kittiwake snorkel, while John walked about town with his camera.  We saw a place offering shore snorkeling nearby where our tender docked. 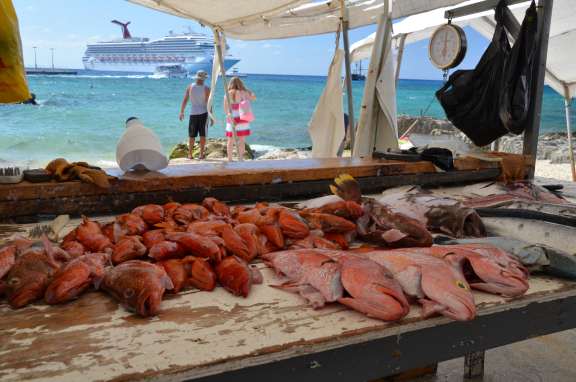 George Town has more than one tender pier.  We came in on the Carnival Liberty, and anchored up next to the Norwegian Pearl.  Different tenders came to each ship, and docked at different tender piers on shore.  So you would not always be close to the same things depending on where your tender docks.

I was happy to see the Norwegian Pearl, and take a few photos.  I’ve never sailed on the Pearl (though I’d like to someday.)  That is the ship in the header of my blog and in the profile picture on MyCruiseStories facebook page. 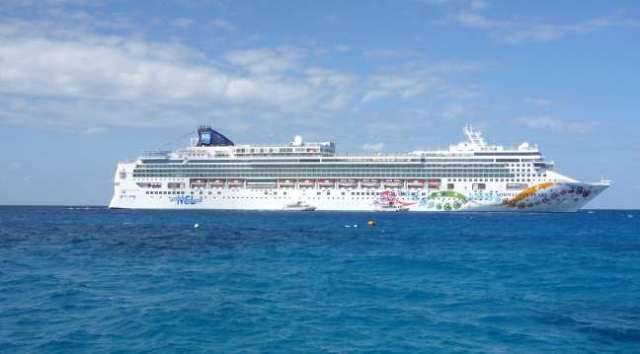 I took my original photo of the Pearl on a chance encounter in Ketchikan Alaska.  The Pearl happened to be in port when we sailed in on Safari Quest of American Safari cruises.  We had come from Juneau by way of isolated coves, iceberg encounters, and boardwalk trails through remote forests while testing the itinerary for their sister line, InnerSea Discoveries, which launched the next summer.

MyCruiseStories blog tells stories about adventures in cruising on ships big and small. Things to do onboard and in port. Anything connected to cruising. Also food, travel, recipes, towel animals, and the occasional random blog.
View all posts by LBcruiseshipblogger →
This entry was posted in Caribbean, Carnival, Liberty, Ports of Call and tagged beach, Caribbean, cruise, George Town, Grand Cayman, Hell, island, Kittiwake, travel. Bookmark the permalink.