Posted on August 6, 2011 by LBcruiseshipblogger

snorkeler near the Reef Encounter

What exactly is a ninja floater?  I could be talking about the irukandji (aka iracongi) 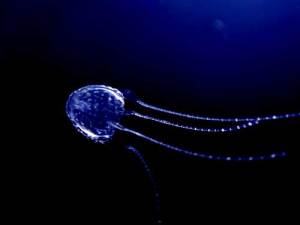 jellyfish.  Tiny and transparent, these deadly jellyfish float about unseen in the waters of northern Australia.  But they are not the subject of this blog.  Perhaps a great white shark?  While it is hard to imagine something so large having the stealth of a ninja, if everyone saw them coming nobody would lose life or limb in a shark attack.

Sharks are not the subject either.  Ninja floaters weren’t found in the waters outside the boat.  Far closer to a home away from home, right in the cabin.  In the waters of…….a malfunctioning toilet.

I blame diet soda for random cruiser’s floater problem.  I’ve heard it takes over a year for the chemicals in just one can of soda to clear out of a person’s body.  Random cruiser drank enough diet soda to kill a person.  I’ve also heard that aspartame (artificial sweetner used in diet soda) was an accidental invention by someone researching chemical weapons.  Yummy.  Death in a can.

Nobody else on the boat had problems with their toilets, so either random cruiser’s had a really weak flush, or the ninja floaters were just too much for it to handle.  My vote is on the floaters.  Regular toilets have issues with them, a marine toilet didn’t stand a chance.

Random cruiser’s roomate despised using a dirty toilet.  They threw toilet paper over the floaters and flushed, hoping the toilet paper would drag them down.  Somehow though, the floaters often managed to sneak out from under their paper net.  The toilet paper had no trouble going down.  Actually nothing else had any trouble going down.   In less than a day, the whole bowl was coated with a film making the once clean toilet appear as if it hadn’t been cleaned in months.

If the roommate ever did manage to rid the toilet of the unwanted floaters, by their next visit more would have appeared.  No winning against ninja the floaters.

Most ships have a public toilet somewhere, but this one did not.  They must have figured it was small enough people could always get to their cabins.  So there was, literally, nowhere else for the roommate to go.  I really felt sorry for whoever had to clean that room when their cruise ended.  I hope they left the maid a really big tip. 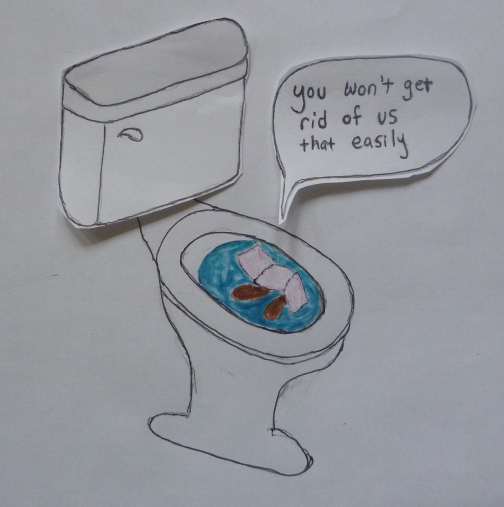 MyCruiseStories blog tells stories about adventures in cruising on ships big and small. Things to do onboard and in port. Anything connected to cruising. Also food, travel, recipes, towel animals, and the occasional random blog.
View all posts by LBcruiseshipblogger →
This entry was posted in Randoms and tagged cartoon, comedy, cruise, funny, humor, random. Bookmark the permalink.