Posted on August 12, 2011 by LBcruiseshipblogger 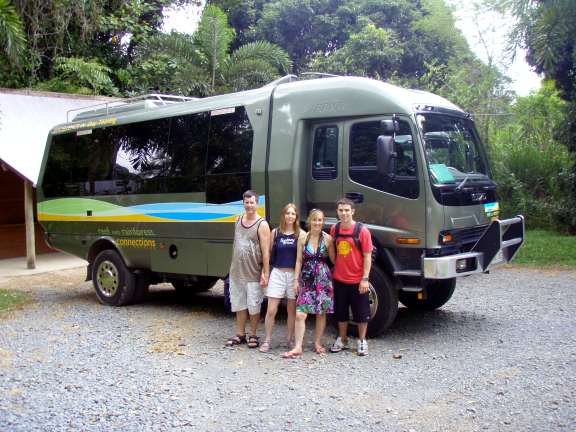 Standing in front of our hotel in Port Douglas waiting for a ride to the Daintree Rainforest tour, we all felt a bit surprised when a giant 4-wheel drive off-road jungle bus pulled up instead of an ordinary tour bus.

“We need this bus where we’re going,” the driver announced.

We climbed aboard and found seats.  After picking up a few more passengers at other hotels, the bus headed for the jungle. 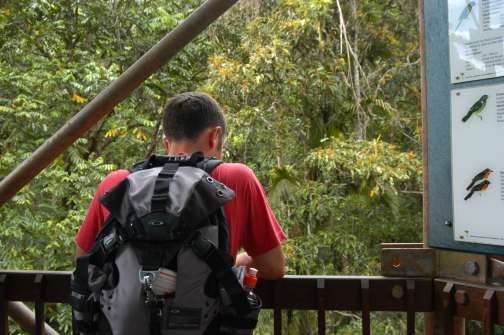 At the first stop in the rainforest, we climbed a tall set of stairs to a rustic cafe where we had a little snack and learned a bit about the flora and fauna of the area.  Many trees depend on a large flightless bird called a cassowary.  The trees grow large seeds that must pass through the digestive system of the cassowary in order to sprout.  It has to eat a lot of them as each seed does not provide much nutrition.  For anything other than a cassowary, most of the seeds are poison. 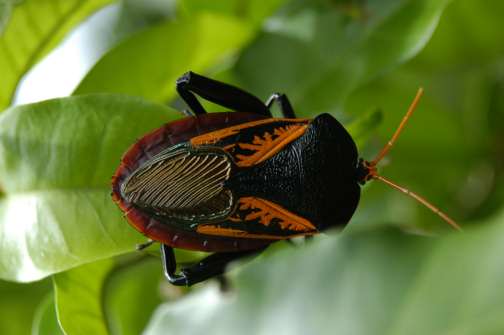 we saw quite a variety of bugs

Australia’s ancient rainforests contain many plant  species not found anywhere else.  Some primitive species remain unchanged from the time of dinosaurs.  Many live nowhere else on earth.  Less than 1% of Australia’s landmass, the Daintree holds a large percentage of the country’s species of both plants and animals. 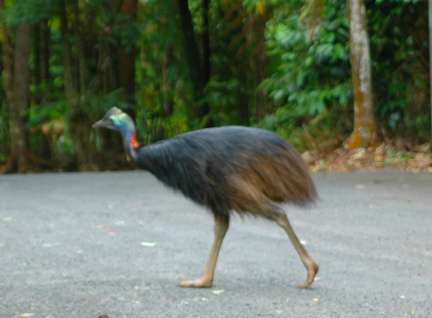 Many of Daintree’s visitors see cassowaries only on the speedbump signs.  We got lucky and saw one along the road early in our tour.

The tour stopped sometimes for hikes on trails or for viewpoints.  We had a nice barbecue lunch at a shack in the woods.  A short trail led to a stream where fish hung out near the shore hoping for handouts. 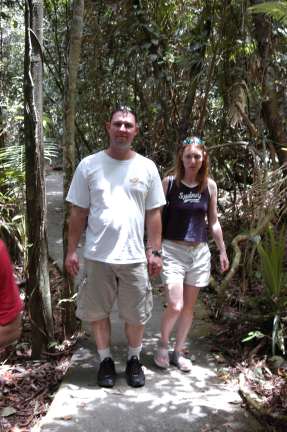 trail to the beach 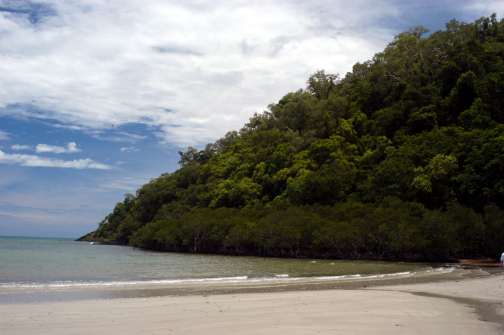 beach in the rainforest

At one stop we hiked a sandy trail to a remote beach, uninhabited until our group arrived.

Along the way we saw stick bugs in the trees. 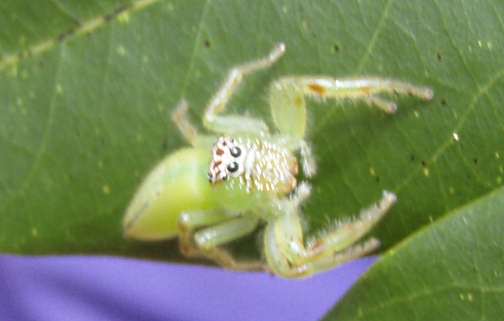 we saw some crazy-looking spiders

We saw a tractor harvesting tea leaves at the Daintree tea farm.  We stopped there for quite a tasty afternoon tea.

Near the end of the tour, the bus took us to a trail up a mountain.  We crossed a long bridge through the jungle and soon it began to rain.  Looking toward the threatening sky, some people had grabbed umbrellas as they left the bus.  Those of us that hadn’t ran back, only to get told by the driver we had to don garbage bags over our wet clothes before he would let us back on the bus.  Had to protect the seats and keep them dry he said.

on the rainy bridge

The rain stayed locally just in that area, as the bus let us off near a river for the next half of our adventure on a river cruise, not a drop fell from the sky. 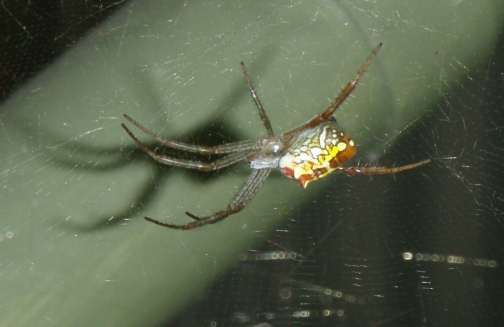 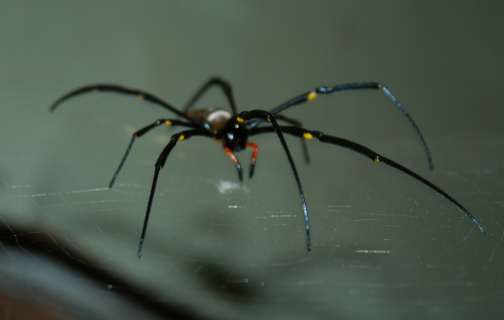 Australia has a lot of spiders

MyCruiseStories blog tells stories about adventures in cruising on ships big and small. Things to do onboard and in port. Anything connected to cruising. Also food, travel, recipes, towel animals, and the occasional random blog.
View all posts by LBcruiseshipblogger →
This entry was posted in Australia, Day Trips, Port City Side Trips and tagged Australia, bus tour, cassowary, jungle bus, photos, rainforest, spiders. Bookmark the permalink.