Posted on March 25, 2022 by LBcruiseshipblogger

After we finished touring the Constitution at the end of our walk down the Freedom Trail in Boston we decided to look for the tall ship sailing harbor tour we’d seen when looking online for things to do in Boston. Google said it was at the central wharf and google maps said it was only a mile away so we decided to just walk there rather than look for a subway station. My Garmin watch pegged the distance we traveled at over 2k so the mile was a bit of an underestimate since 1.6k = 1 mile.

When we got there we found a little row of booths for various tours, one being the sailboats we were looking for and another for the amphibious duck tours. We saw a number of the duck vehicles come and go, each painted a different color. A horse-drawn carriage pulled up to the area and some people got in for a ride.

We got there around 3pm, and the last daytime ship had sailed at 2:30. The next one would be the sunset tour leaving at 5:30pm. This one cost less than the earlier tours, but also left us with a chunk of time to fill while we waited. The aquarium happened to be next door and the guy who sold us the sailboat tickets said it was a good one so we went there. On the other side of it we found a sign saying harbor walk, which followed a dock around the aquarium and back to the other side where the boats sailed from. It had views of the harbor on one side, and part of the other side had views of the aquarium’s seals. The actual name of the aquarium is New England Aquarium, but it is located right on a wharf in a touristy area of Boston. People were required to wear masks inside to protect from covid during the time we visited. 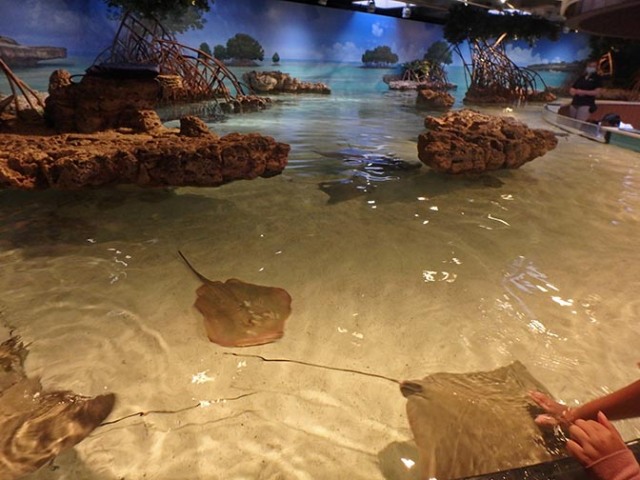 stingrays in the touch tank

Inside the aquarium the bottom floor has a touch tank with small rays and some tiny sharks, seals, and penguins. The penguins are all around the central large aquarium, which has a walkway spiraling up to see the fish living at different depths of the ocean. 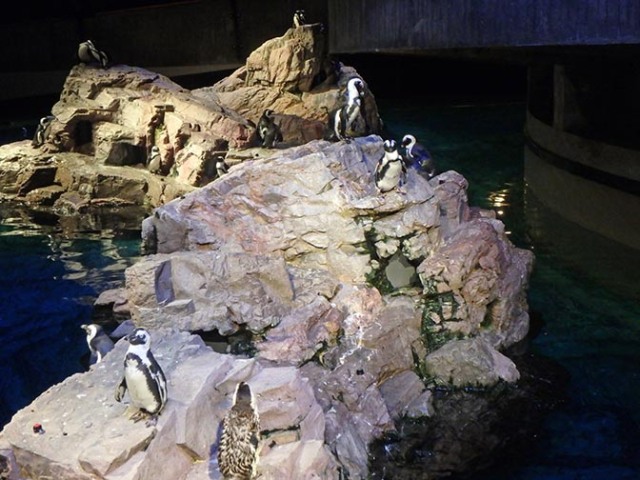 A sign listed 3 different types of penguins, and there were some dividers between the different colonies. It also said the penguins wear color tags to identify them, with mated pairs wearing the same color tag as each other. There’s also a marine mammal center on the first level.

As you walk up the path around the center tank there are different levels where you can leave that path and see smaller aquarium displays around the edges of the building. They had fish from a variety of different places. Many from different tropical regions, but also some from areas like the coast of Washington State’s Olympic Peninsula. 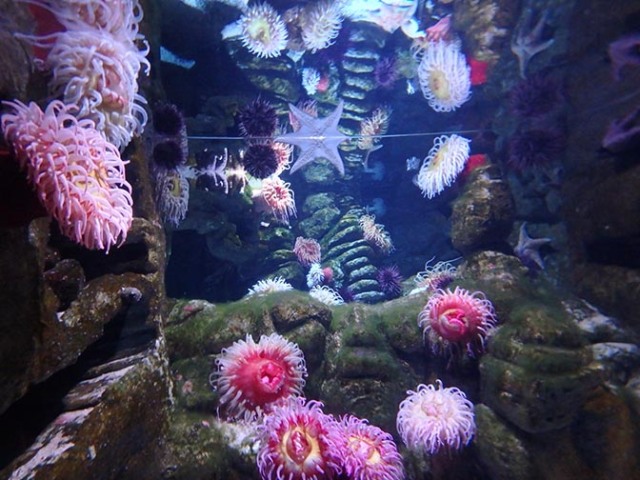 Other sea creatures lived in some of the tanks too. Things like coral, seaweed, sea anemones, starfish, lobsters, or sea urchins. 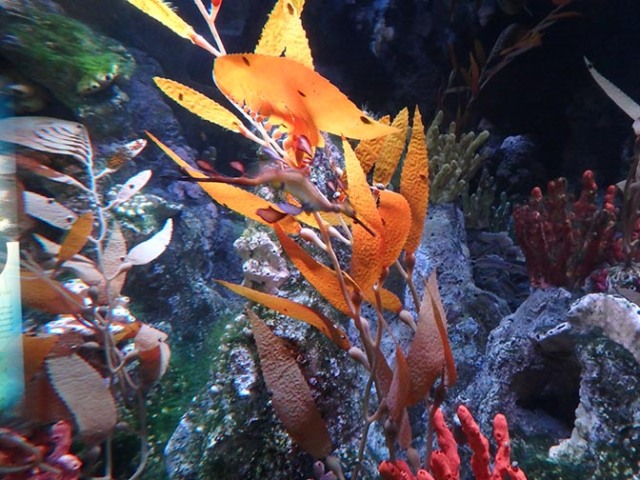 One tank had leafy sea dragons which resemble seahorses with leafy appendages. Another had very tiny seahorses. There were even some hermit crabs. We did not see any jellyfish or octopus, but the aquarium’s website lists jellyfish as something that they have.

There was an octopus statue on a railing, but no live ones. No live whales either, but a giant whale skeleton hung down from the ceiling over the penguin habitat. You can book whale watching tours in combination with aquarium tickets. 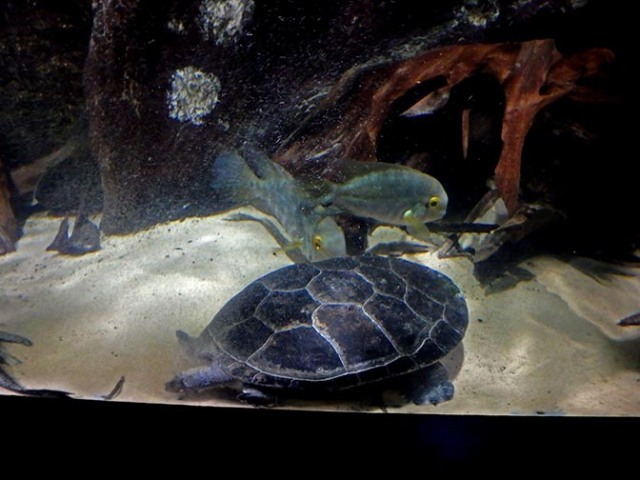 The large central tank had at least a couple giant turtles in it. We saw one swimming in some of the lower levels, and when we got to where you look down into the tank from the top there were two. It is a 40-foot wide 4-story 200,000 gallon tank full of Caribbean reef creatures. One of the turtles is a green sea turtle named Myrtle who has lived there since 1970, but I don’t know if she was one of the turtles we saw. There were also some smaller turtles.

The aquarium also had a theater, but the movies cost extra and we really didn’t have time to watch any so we didn’t go there. It’s a giant screen theater with a selection of aquatic films lasting just over 20 minutes each. 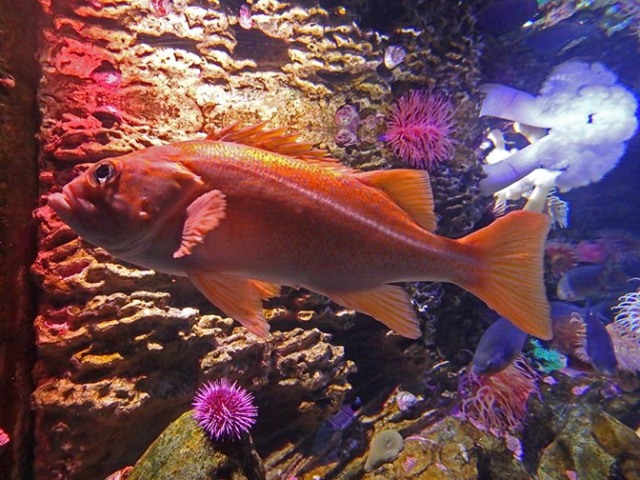 MyCruiseStories blog tells stories about adventures in cruising on ships big and small. Things to do onboard and in port. Anything connected to cruising. Also food, travel, recipes, towel animals, and the occasional random blog.
View all posts by LBcruiseshipblogger →
This entry was posted in Day Trips, USA and tagged aquarium, Boston, Boston Aquarium, fish, New England Aquarium, photos, travel. Bookmark the permalink.