Posted on November 12, 2021 by LBcruiseshipblogger

sunset from an airplane

After not having gone anywhere out of my home state since covid started, it was finally time to start traveling again. October brought the first cruise I had booked in a couple years that didn’t get cancelled, preceded by a trip to the northeastern USA. Planes have already stopped keeping the middle seats open and started flying full. Other than the required masks everyone wore, the airports didn’t really seem much different than pre-Covid. They’re pretty crowded and even if you check in on an app, there’s still a visit to the dirty kiosk everyone touches if you want to print out luggage tags or boarding passes.

looking up in Quincy Market, Boston

The airport arrival time has increased from the previously recommended hour early for domestic and 2 for foreign to 2 hours early for domestic and 3 for foreign flights, and that increased time could be needed to get to the gate on time. When checking in for our flight to Boston there was a long line at the regular TSA security check, and a shorter one for pre-check. The three people ahead of us in the pre-check line got to the end for their turn only to have the guy there say that one of them needed to go to the regular line as their ticket did not say pre-check. Apparently they must have not all shown their tickets to the person who checks them on the way in for the one without it to get that far. One of them had already gotten through, the other who had pre-check kept saying they would miss their plane if the one had to go through the other long line, but they can’t send someone through pre-check if their ticket doesn’t say so. Finally they gave up and both went to the other line. They could have saved themselves some time had they looked at the ticket and gone there first, or if the person who is supposed to check them all had caught it. Hopefully they made their plane. We got through without any trouble and got to the gate in plenty of time for our plane.

t-shirt for sale at Quincy Market

Flying out a couple weeks later for my cruise was not so easy. We booked through Alaska, and the first flight was on an Alaska plane, but the second though labeled as an Alaska flight was on an American plane. Perhaps this was the reason the kiosk could not find our flights, but regardless of whether or not that was so, it couldn’t find them. We had to go wait in a long line for a live person, who had no trouble at all finding our flights. She set us up with boarding passes and took our luggage. Then we had to go through security and I did not get pre-check that time so both my sister and I had to wait in the very long regular line. We had gotten to the airport about 2 hours and 15 minutes early and had only 45 minutes left by the time we got through security, which was still plenty of time to get to the gate, but at the old hour early arrival time we’d have missed the plane. Last minute cancellations have plagued a lot of travelers lately, and we were nearly among them when our connecting flight to Miami from Dallas almost didn’t go. It finally took off 2 hours late, much to our relief because if that flight had been cancelled and we couldn’t find another that would get us there in time we’d have missed the first cruise in the last couple years I’ve booked that didn’t get cancelled. These days flying is not nearly as dependable as it used to be. There also were no meals available even for purchase on all but one out of 5 flights, and those only if they were ordered in advance. 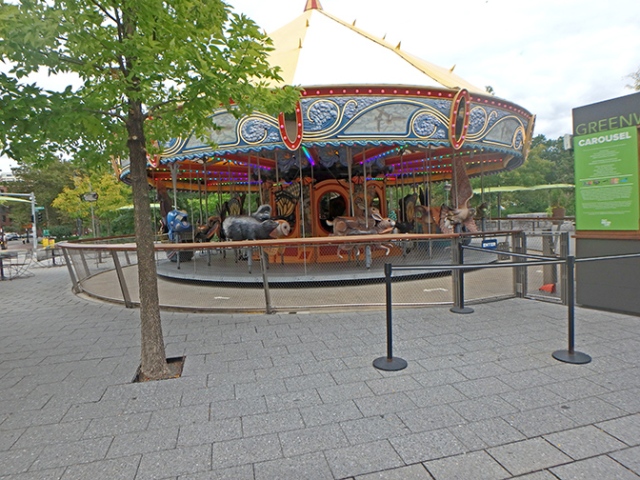 As we entered the plane to Boston the flight attendants had a basket of disinfecting wipes to hand out to anyone who wanted them. Cleaning the seat and surrounding area before sitting down is a new thing common among quite a lot of passengers whether they brought their own supplies or used the ones the flight attendants gave out. That was the only flight where they handed any wipes out though. All the rest it was bring your own or do without so come prepared if you want your area clean. The planes were definitely not cleaned much if at all between flights. You know that for sure when you find crumbs on the seat and spills on the tray table. 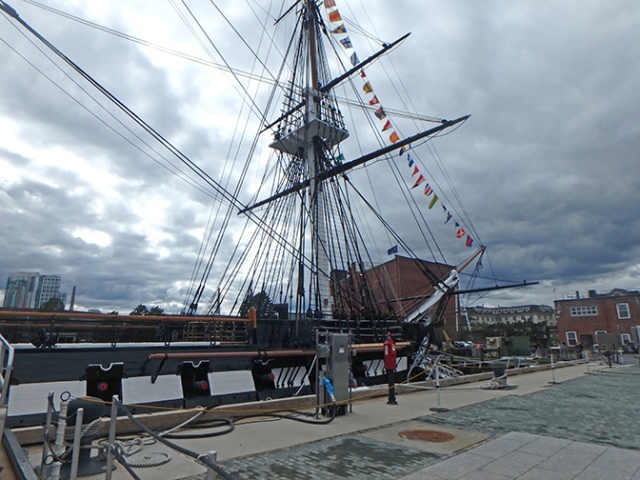 Another difference was that out of 5 planes I was on recently, only one of them still had screens on the back of the seat ahead of you. The rest you had to use your own phone, which could be connected to in-flight wifi for the movies and things that used to be available on those missing screens.

We had taken an overnight flight, and arrived in Boston around 6am. Not having anywhere else to go, we went to our hotel hoping we could at the very least drop our bags. We got lucky though and they had a room available for us to check in right away, which was pretty awesome since we were there by 7am.

hop on hop off bus in Boston

We stayed at the Marriot Courtyard near Boston Logan Airport for that first night, The room was nice and they have free shuttle service to the airport and subway. There is no free breakfast, but there is a restaurant in the hotel. There aren’t a lot of choices on the menu. They had no gluten free bread at breakfast, but did have gluten free buns available at dinner which was good since the majority of the dinner menu was burgers. Throughout our recent travels we have found that gluten free breads are not as readily available as they were pre-covid and a lot of places that used to offer them can’t currently source any.

My biggest complaint about this hotel is that you could only opt for heat or cool and could neither adjust their pre-set numbers nor turn the unit off. It was set to heat only if the room got colder than 42 degrees F or cool only if it got above 69 and the room was freezing. I don’t know if the unit in that particular room was broken so those numbers wouldn’t change or if all of them were set that way. It did have arrow buttons where they should have been able to be reset, but pushing those buttons did absolutely nothing – at least in our room anyway. The other bad thing about that room was the outlets of which some didn’t work at all and others only part of the time so it was a bit difficult to charge devices. Perhaps that particular room was available so early because it was a room they don’t use if they don’t have to. There also was only coffee at the coffee maker, no tea. Which may not bother most people, but I never could stand the taste of coffee.

There’s a lot to do in Boston, and though we just spent the one night there since we arrived so early we had a full day and fit in a lot of stuff. Boston is a place full of history, having been the site of the Boston Tea Party and other revolutionary acts. Interesting tidbit about the tea party we learned from a sailboat captain, that the actual site of it is now on land. Back in the day they had a very long dock leading out to the harbor where there’s just a short dock now, all the area between having been filled in to increase the amount of land. Some of the historical buildings on the Freedom Trail that are well inland now were near that dock in revolutionary times. 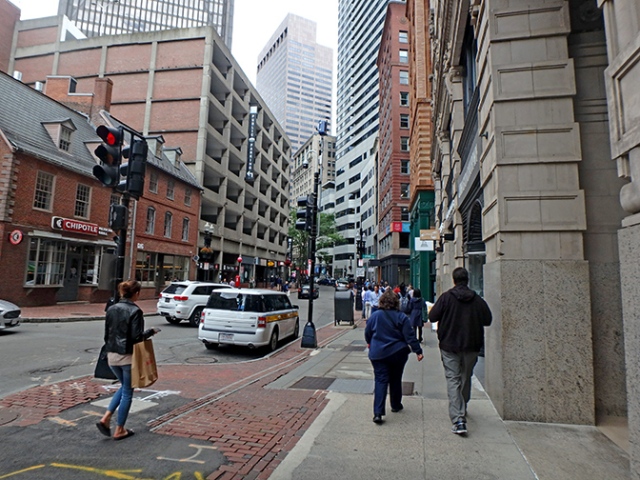 Besides the Freedom Trail and historical sites, Boston has other things to see like the bar from the TV series Cheers. Boston is the capital of Massachusetts as well as not only the most heavily populated city in Massachusetts, but in all of New England. It’s one of the oldest cities in the USA having been founded by Puritan settlers in 1630.

Boston has a great subway system. Lines of different colors go to different places, but there are stations where more than one line stop so you can transfer to a different line and get to where you want to go even if the one nearest you doesn’t go directly there.

At the end of the trip we came back to Boston and spent a night at the Hyatt Regency Boston Harbor, which is literally right next to the airport. From our room we could see a bit of the harbor off to the side, but the main view straight out the window was of the airport where we could watch planes taking off and landing. Off to the other side we could see the taxi queue where rows and rows of taxis lined up before getting sent off to pick up incoming airline passengers. This hotel must have had some pretty good soundproofing as we didn’t really hear the planes much in spite of how close they were. The same can not be said for the one where I stayed in Seattle with my sister the night before flying out to Miami for our cruise.

MyCruiseStories blog tells stories about adventures in cruising on ships big and small. Things to do onboard and in port. Anything connected to cruising. Also food, travel, recipes, towel animals, and the occasional random blog.
View all posts by LBcruiseshipblogger →
This entry was posted in USA and tagged Boston, travel, USA. Bookmark the permalink.

2 Responses to Flying to Boston