Posted on September 24, 2021 by LBcruiseshipblogger 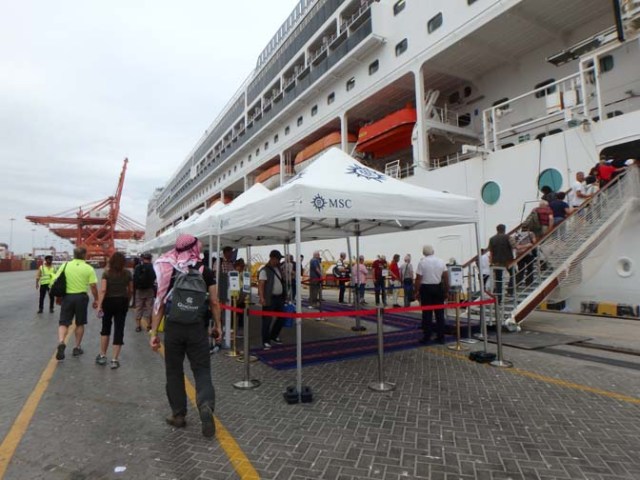 Salalah is in southern Oman, the capital of Oman’s Dhofar region. It is greener than most of the Arabian peninsula due to the summer rains called khareef or summer monsoons and is known for banana plantations, Arabian Sea beaches and waters teeming with sea life. The Khareef monsoon season runs from the end of July through the beginning of September. Its transformation of the desert terrain into a lush green landscape with seasonal waterfalls brings about the annual tourism festival from July 15 – August 31. It is Oman’s second largest city as well as the largest in its province of Dhofar. Some vegetables as well as fruits like coconuts and bananas can grow in this region so the city has lots of gardens.

a line of trucks passed slowly under a large crane, which placed a container from a ship on each truck

Although it is a desert climate, summers are cooler here than in the northern and inland regions of Oman and more temperate than most Arabian countries. Arabic is the official language, and English the most-spoken of foreign languages. Tourism and shipping are important to the area’s economy. Currency is the Omani rial. 1 rial is worth $2.60 USD. 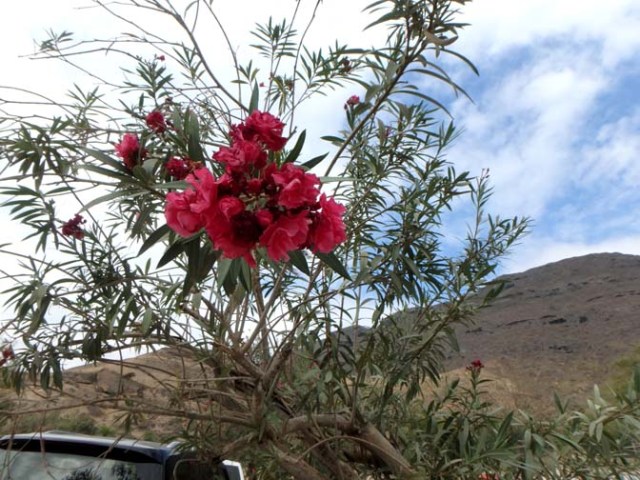 The climate is subtropical with palm trees and coconut, banana, and papaya plantations. The main tourist season is during the rainy summer when people flee the heat in other Arab nations to visit Salalah’s cooler and greener area. Friday is their holy day with the work week running from Sunday through Thursday. A lot of places are closed on Friday. The wadis of the area fill with water and are a green oasis with year-round springs, unlike wadis in other areas that are like a dry wash or arroyo except when it rains.

MSC Lirica approaches the dock in Salalah, Oman, assisted by a tug

Cruise ships dock at the container port outside the city. It’s an industrial area in the desert. Shuttles take you to the port exit as walking through the port is prohibited in container ports. Taxis are available there for the 15 minute ride into town, but can be expensive as they are not metered so the cost is negotiated. Some will take US dollars. It is too far to walk so getting to the city on your own requires a taxi. 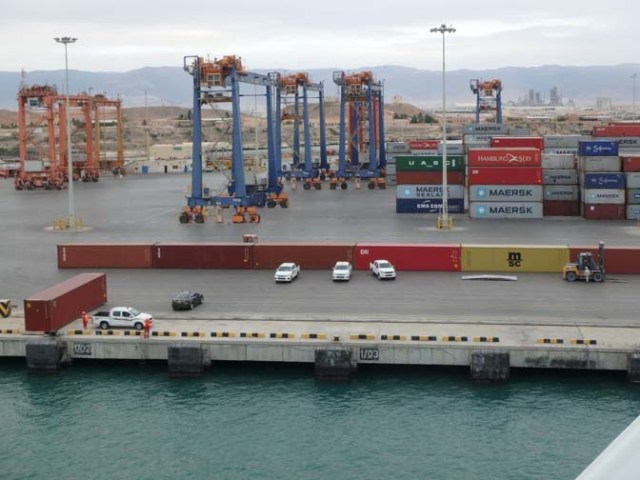 Most websites recommend taking a ship’s excursion at this port so we booked a 4×4 tour. Some other people we met on the ship found local van tours that went to the same places. Excursions picked people up right at the port, and the local van tours were there as well. I don’t know how the price compared at this port. We did run into ports on this cruise where the local tours actually cost more than the ship’s tours, but at most ports they were less, which is generally the case.

THINGS TO DO IN SALALAH

The Frankincense Land Museum, part of the Al Balid Archaeological Site, recounts the city’s maritime history and role in the spice trade. Scuba diving and bird watching are popular. There are historical ruins in neighboring areas including ruins rumored to be the palace of the Queen of Sheba, and the final resting place of the biblical prophet Job. The sultan’s palace can be admired from afar, and there is a glitzy new mosque. Groves of fragrant frankincense trees are a popular attraction, but they are a ways out of town. Arabic architecture and tree-lined streets make Salalah a prettier city than many in desert lands.

Oman has beaches too – one of the most popular is Al Mughsayl Beach with a long stretch of sand and lovely scenery. An associated attraction is Marneef Cave, where you can see water spouting from rock formations if the tides are wild enough. If you want an area where you can wear western swimsuits, try the Corniche, which also has plenty of places to eat nearby. Some beaches along the coastline are largely empty due to clothing restrictions and a dangerous undertow. Al Hafah Souq is a popular market 3k from the city with many traditional products including frankincense, clothing, and jewelry. 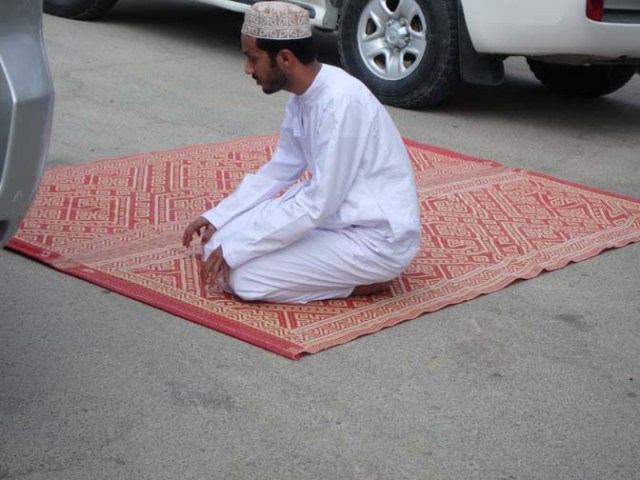 Oman is a conservative and traditional country. Tourists need to keep that in mind and dress accordingly – with women keeping knees and shoulders covered as well as everything in between. Bathing suits are worn only on beaches and even there should be covered in a t-shirt or at least be a 1-piece with shorts over it. Boxer style suits for men as well, no speedos. Not that anyone ever wants to see someone in a speedo.

There are lots of camels wandering about freely in Oman. Huge herds may all belong to the same family.

Frankincense trees grow in area’s high rock strewn mountains. Historically frankincense was an important commodity and export for the area, though it is now mainly used locally for medicinal purposes and perfume. Frankincense is also used to make incense and essential oils. It is rumored to heal or treat asthma, cancer and arthritis as well as improving oral health and gut function. The most common reference to frankincense for many people in the modern world is as one of the gifts from the wise men to baby Jesus. Frankincense is made from the resin of the Boswellia tree. It has a woody, spicy smell and can be inhaled, absorbed through the skin, steeped into a tea or taken as a supplement.

MyCruiseStories blog tells stories about adventures in cruising on ships big and small. Things to do onboard and in port. Anything connected to cruising. Also food, travel, recipes, towel animals, and the occasional random blog.
View all posts by LBcruiseshipblogger →
This entry was posted in Lirica, Middle East, MSC, Port Cities, Ports of Call. Bookmark the permalink.