Posted on September 17, 2021 by LBcruiseshipblogger

Symphony of the Seas (internet photo)

Just after booking a hotel near the airport for an early morning flight to Florida for a Caribbean cruise, when I went to forward the info to my sister who is traveling with me I found a very scary email indeed. Newly delivered to my inbox. Cruise Cancellation Notice, the subject line said. Oh no, not again! That means 3 of the last 4 cruises I’ve had booked got cancelled. Upon reading the notice, I discovered it was not for this fall’s weeklong Caribbean cruise on Royal Caribbean Symphony of the Seas with my sisters, but rather for the monthlong Asia cruise on Holland America Noordam my husband and I had booked for later in the winter. So far the Caribbean cruise is still on. Fingers crossed it stays that way. 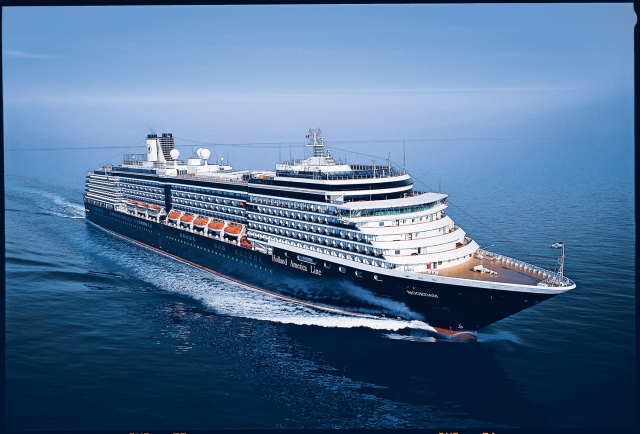 Upon reading the notice, it was not quite as bad as it initially seemed. The cruise wasn’t cancelled entirely – just postponed for a year. We’re still booked for now. Next year’s cruise has the same itinerary, but not the same ship. It’s on the Westerdam (heavy sigh). Not that there’s anything wrong with the Westerdam, it’s a nice ship and all, but no matter where we go on Holland America we can’t ever seem to get on any ship other than the Oosterdam, Westerdam, and Veendam. Even if the Noordam is a sister ship of the Oosterdam and Westerdam, I was really looking forward to sailing on a different one of their ships for a change.

It’s not that we keep going to the same places all the time. We’ve gone all over on Holland America. We just always end up on the same ships. John and I took the Oosterdam to Mexico long before I started blogging, and then I sailed on it again many years later to Alaska with other relatives, at which time the odd cow print décor that had been there on the first voyage was gone – and not missed one bit. The Veendam took me on a New England cruise with some aunts and an uncle, and later to Cuba with John. As for the Westerdam, that’s the ship we’ve spent the most time on of any having been to the Caribbean, Alaska, across the Pacific, and around Japan and China on it. (I must say I liked its older décor much better than the modernized version. It did not have any cow print like the Oosterdam’s early décor, but did have a lovely crystal ship in the atrium that was replaced by an ugly squiggle. Their new minimalist modern furniture in some public places was not very comfortable either.)

We’re giving another Caribbean cruise try this winter – a shorter cruise leaving out of an American port seems more likely to actually sail. We even found one with a stop in Bonaire, one of the few Caribbean ports we have not yet been to.

MyCruiseStories blog tells stories about adventures in cruising on ships big and small. Things to do onboard and in port. Anything connected to cruising. Also food, travel, recipes, towel animals, and the occasional random blog.
View all posts by LBcruiseshipblogger →
This entry was posted in Holland America, Randoms, Uncategorized and tagged travel. Bookmark the permalink.