Posted on May 27, 2019 by LBcruiseshipblogger

For cruisers of a small private boat nature, Washington State’s San Juan Islands have much to see. The San Juan Islands vary from tiny rocky outcroppings used only by birds and marine life to islands big enough to hold towns and ferry service, and everything in between. Islands serviced by ferries are easy for anyone to visit from the mainland. One of the bigger islands, coincidently enough called San Juan Island, was home to the Pig War during the 1850’s when ownership of the San Juan Islands was the center of a dispute about where to draw the boundary line between the USA and Canada. Both countries claimed ownership. The only casualty was the pig who’s death by gunshot started the war – hence the name Pig War. Both English Camp and American Camp are now historical parks on San Juan Island. 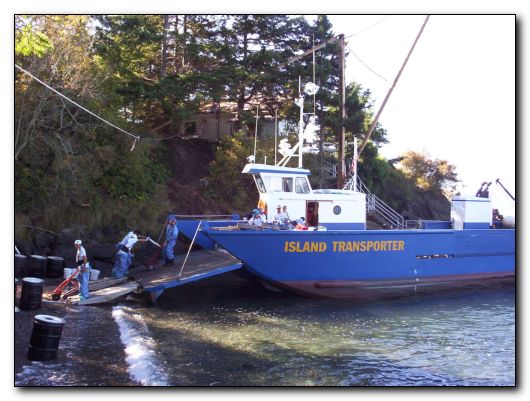 Island hopper boats deliver foot passengers or vehicles to some of the larger small islands not serviced by ferries. These transporters can pull right up to a dock, boat ramp, or even a beach to load or unload people or cars. Some people live on these islands, others have cabins, and some are visitors to vacation rental homes or B&B’s. Decatur is an example of an island of this sort being a private island accessible only by boat or plane, with a handful of year-round inhabitants, lots of vacation homes, and a few rentals.

map showing location of James Island and a ferry route

There are many state parks throughout the San Juans. Some can be reached by car on the bigger islands with ferry service. Others like James, Doe, and Sucia  are marine state parks on small islands only accessible by boat. James Island sits along Rosario Strait across a small channel from the much larger Decatur Island. 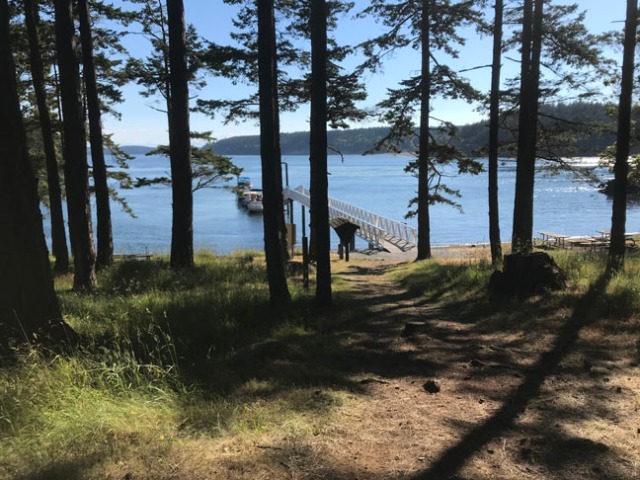 James Island has a dock and some mooring bouys, 13 primitive campsites with picnic tables and fire pits, and a few composting and pit toilets. Much of the 581 acre island is National Forest that is closed to public use, but it does have a mile and a half long hiking trail and a couple public beaches. Island visitors need to bring their own water as there is none provided on the island. 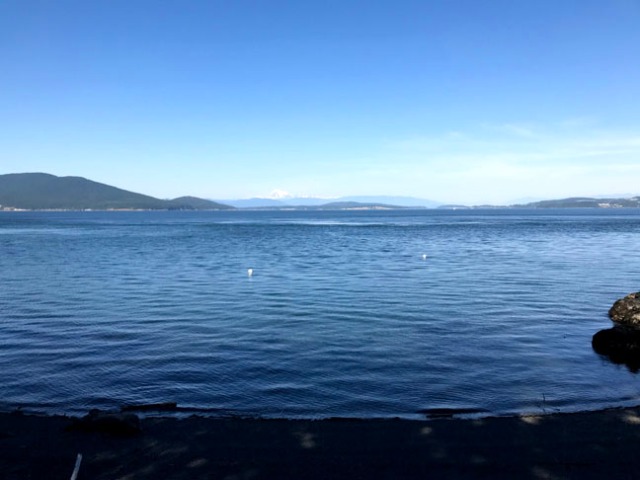 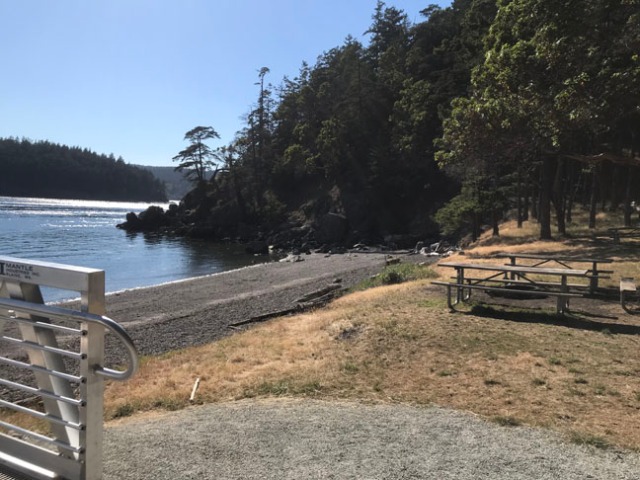 beach at James Island by the dock

The island is a popular stopping point for boaters and kayakers. Fishing and shellfishing require a license and adherence to rules and open seasons. Most of the island is forested. The hiking trail runs along steep bluffs in some sections. Other parts go through the woods. Now and then the trail comes across some of the campsites scattered about the island. There is a stairway to a beach with a view of the dock near one of the campsites. 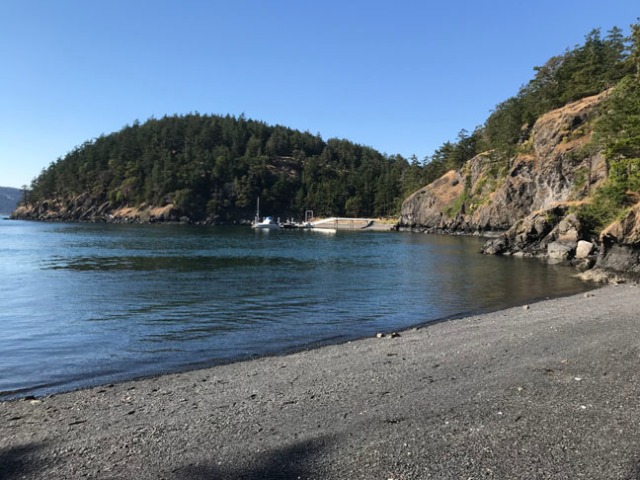 beach near the hiking trail

Boaters pay a moorage fee to stay at the dock overnight. Day visits are free.