Posted on May 25, 2015 by LBcruiseshipblogger 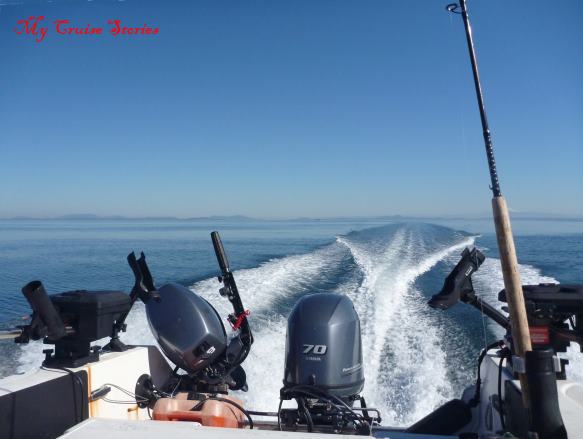 While we love to take trips on cruise ships, sometimes it’s nice to cruise around in a small private boat.  We miss our dog when traveling without her, and taking our own boat to a dog-friendly cabin means she can come too.  Isabelle gets so excited when she sees us pack.  Normally an independent dog, she becomes cling-on-doggy when we get ready to leave.  Open the car door and she’ll jump right in.  When she sees the luggage, she knows someone will leave soon and she always wants to come too.

Washington State’s San Juan Islands provide many opportunities for recreation of all sorts.  Some islands have year-round inhabitants, some vacation cabins, and some no humans at all.  Some of the larger islands have parks and a few small islands are parks.  Washington State Ferries visit four of the biggest islands, the others are reached by private boats, small planes, and a variety of water taxi or island hopper boat services that can transport vehicles.

We recently had the opportunity to visit a smallish privately owned island nestled between Lopez and Blakely called Decatur.  Several private vacation communities and a handful of permanent residents make up the population of the island.  Decatur has no public facilities such as hotels or campgrounds.  Other than coming as a guest of someone with an island cabin, outsiders can visit by staying in a vacation rental.  The island has a private small-plane airport and water-taxi service from Anacortes.

Decatur Island covers 3.524 square miles.  We stayed in a cabin at Decatur Head, one of the private communities, as guests of my sister-in-law.   There is a rental cabin at Decatur Head on the other side of the small bay near the public boat launch where sometimes the island transport drops off vehicles and a water taxi drops off foot passengers.

a whole tree washed up on the beach

We docked briefly near our cabin to unload, then parked the boat on a nearby mooring buoy.  John spent a considerable amount of time taking various people out fishing, which gave Isabelle and I plenty of time to explore the nearby portions of the island.

A walk up the gravel road brought us to the island’s only school, one of the few one-room schoolhouses left in the USA.  Students above 8th grade catch a ride on the mail plane to a high school on a larger island.

Just before reaching the school we saw a deer grazing on the roadside.  The island has some tiny deer, this one looked no bigger than my dog.  During the summer the school hosts a public market on Saturdays. 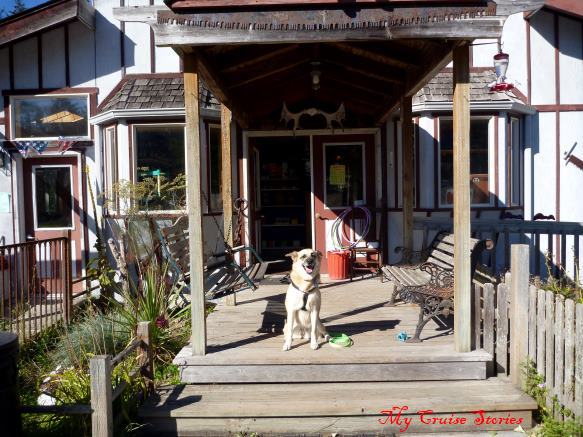 Isabelle and I walked up the same road another day with John and his sister.  She knew of a small store a short walk beyond the school.  In addition to basic grocery supplies the store sold ice cream and milkshakes.

One morning we walked down the beach for awhile.  Near the cabins people have made all sorts of structures out of driftwood.

One reminded me of an old western style graveyard, though I doubt that was the builder’s intention.   They likely intended it to resemble a fenced yard for their cabin-like structure.  It amazes me how much effort people put into building driftwood houses on a beach where the next storm will likely turn them back into a pile of logs again. 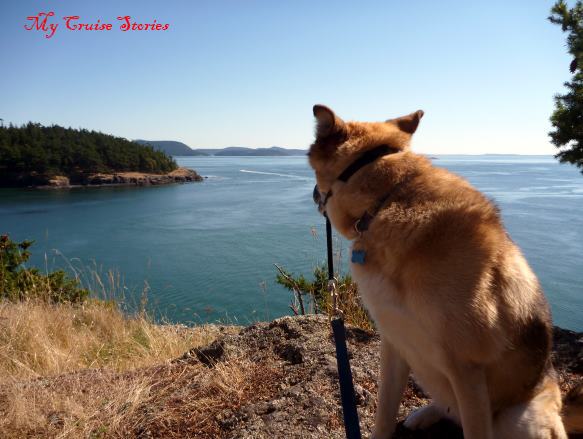 Isabelle enjoys the view from the top of Decatur Head

Climbing up the hillside behind the cabin provided lots of woods to hike through. Anywhere near the edge offered views of the sea or sometimes neighboring James Island, one of the San Juan Islands’ marine parks.  The San Juans tend to have a wet side and a dry side.  Underbrush on the wet side grows thick and can include nettles, the dry side like where we were is far more navigable between the trees.

a sailboat moored at James Island State Park across the water

Our recent small-ship cruise on the Wilderness Adventurer sailed through the San Juans, with a hike on Sucia Island, another one of the area’s marine parks. 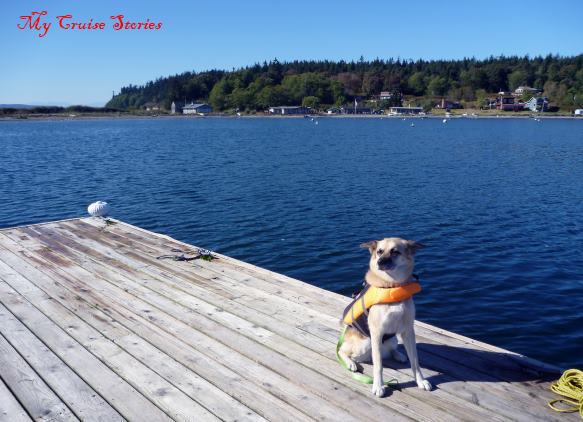 dock dog in her lifejacket, ready for a boat ride

This San Juan Islands Guide Link has more information about the San Juans and what they have to offer for anyone interested in vacationing there.

MyCruiseStories blog tells stories about adventures in cruising on ships big and small. Things to do onboard and in port. Anything connected to cruising. Also food, travel, recipes, towel animals, and the occasional random blog.
View all posts by LBcruiseshipblogger →
This entry was posted in Washington and tagged cabins, Decatur Island, dogs, photos, San Juan Islands, travel, vacation. Bookmark the permalink.