Posted on October 5, 2018 by LBcruiseshipblogger

Following a couple stormy days at sea between Gibraltar and the Azores, Carnival Vista docked in Ponta Delgada on a day with a weather forecast of cloudy with 20% chance of rain and a high of 69 degrees Fahrenheit. Once again we got to the meeting place barely too late to get stickers for the first bus on our tour and had to wait for all the stragglers to show up for the second one to get called. Eventually they all made it to the lounge and then onto the bus. Our tour was to take us to Furnas Valley to see the geothermal activity – hot springs, mud pools and geysers the excursion description said, bringing up a mental picture of some sort of miniature Yellowstone.

cooking mounds and an open hole

Sao Miguel Island has a volcanic crater with two lakes, one green and one blue. Since the deep blue comes from the reflection of the sky that one may have looked more gray that day, but I can’t say for sure since we didn’t go there. The green one gets its color from the dense vegetation on the crater walls. The bus drove along the shore of the green lake while the guide explained how people living there had used the crater’s geothermal activity as a means of cooking for centuries.

pathway to the hot spring

While they originally just buried their pans of food in the dirt, they now have cement lined holes throughout an area with boiling hot springs and mud pools to put the food pans in before burying them. They leave the mixture of meats and vegetables in the ground for about 5-7 hours before unearthing it ready to serve. The ship did offer tours that included a meal from one of those in-ground pots, but ours wasn’t one of them.

A boardwalk winds past dirt mounds with food inside, open cement holes ready for cooking, and an open boiling pool of water. Just beyond the water pool the path passes by a pool shrouded in steam. Occasionally the steam clears enough to see it throw boiling hot mud.

boiling water bubbling out of the ground

While we wandered about it started to rain. Some people pulled out their raincoats or umbrellas at the first drop, but I’ve always lived in a rainy state and can’t be bothered to worry about a little bit of rain.

I got a bit wet taking photos of some half-grown ducklings who came up hoping for a handout, but it dried before the next stop. Unfortunately the next stop was not geysers or anything of the sort, that first stop apparently being all the natural geothermal features we would get to see. 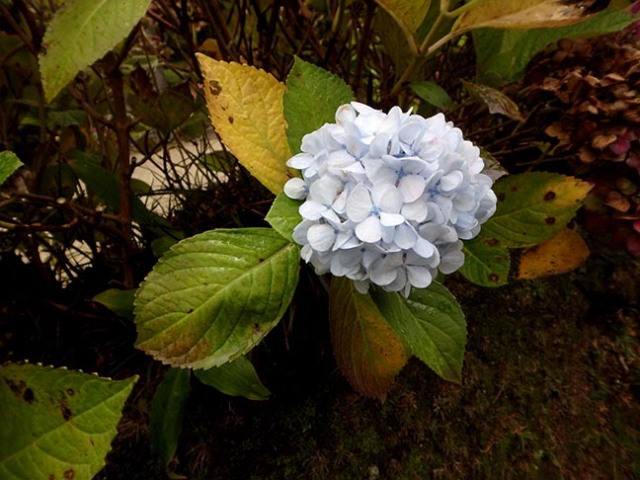 statue at the end of a pathway in Terra Nostra Gardens

Our next and longest stop was at Terra Nostra Gardens. Once a private garden, it is now a park. It has plants and trees from around the world and hot springs running through the park and feeding the park’s pool and hot tubs.

not a pool I would want to swim in

We didn’t see the hot tubs, but the muddy brown color of the pool seemed very uninviting and the hot stream flowing through the park looked just as brown.

There was a pond and stream with clearer water, but that must also have been colder since it was full of coy (big goldfish.) If you stand at the edge of the pond all the fish swim to you hoping for food.

Our map of the park mentioned grottos and a boiling lake as the features we thought we’d find most interesting. We found a lake, but unless you count raindrops hitting the surface it didn’t have any activity resembling anything boiling so it probably wasn’t the one we were looking for.

grotto under the bridge 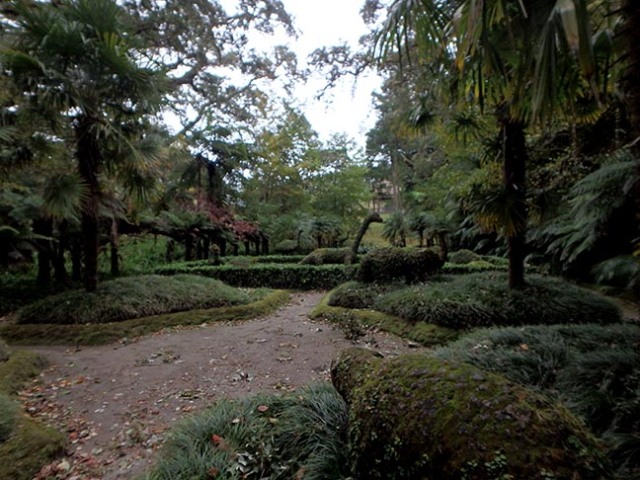 We found the topiary without looking for it, though like most other things it appeared out of season as the animal shapes were not entirely covered with greenery. Up a hill from there we found an ancient stone gazebo and some sort of statue down a trail. And of course all sorts of plants, though not many flowering in late October.

Next we went up to the top of the mountain. I had thought people were supposed to be able to see both the blue and green lakes at once, but either I was mistaken on that or we were not in the right place for that view because we could only see the green one. We weren’t there long before the clouds thickened and the view became obscured in the mist. Luckily it was a short stop as the wind kicked up fiercely just about the time we were to board the bus. The bus parked next to a makeshift souvenir stand where the last passenger couldn’t find her husband to get money for her purchase until the guide asked if he was on the bus. Everyone was on the bus except her so he had to get off and when she loudly yelled that she had been looking all over for him and what was he doing on the bus everyone started to laugh since we all heard through the open doors. Finally she made her purchase and got on.

Our last stop was in the town of Riberia Grande, the oldest town on the island. Our guide said it once was filled with colorful homes, but when people started going for vibrant colors rather than pale the governor raised taxes on houses with color so for years everything became white or gray. She said just recently color was beginning to come back to some of the buildings. The bus stopped near an old church that is used only for special occasions now. 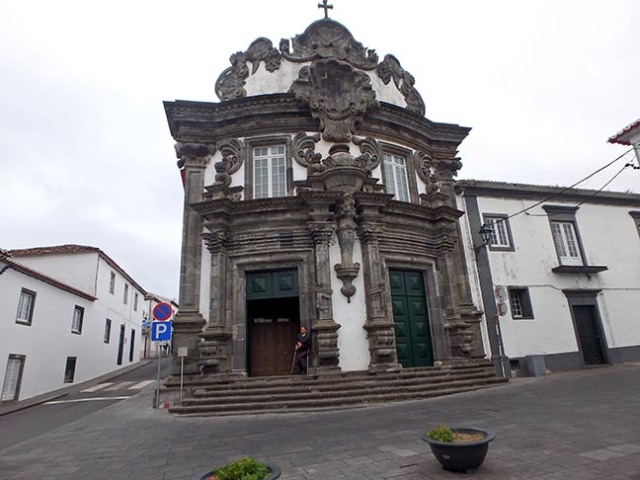 The former monastery of the church is no longer in use, a fact made obvious by the large hole in the roof. A bridge crosses over the river that gives the town its name. On European excursions there always seems to be a place people are led to by guides who seem to have some sort of connection with the store. In this case it was a liquor store where they had free samples of various liqueurs made on the island. Flavors included pineapple, tangerine, passion fruit and chocolate. 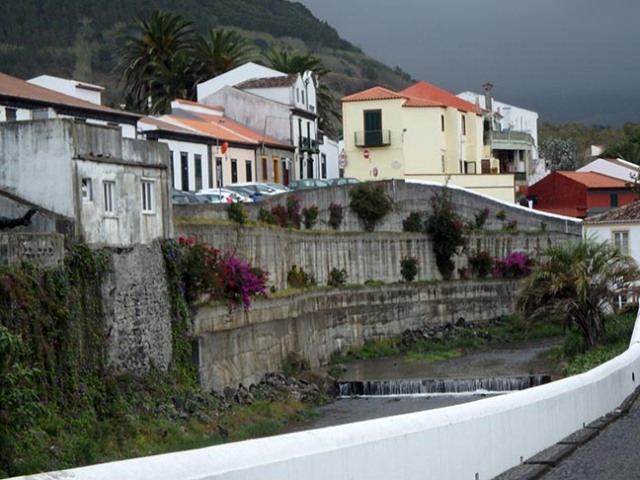 houses by the river in Riberia Grande

Oranges were once an important crop on Sao Miguel, but when disease took out most of the orange trees they switched to other crops. The island mainly produces meat and dairy products now, but still has some crops including pineapples and tea. Some things like sugar and tobacco are grown only for use in the Azores because Portugal has restrictions on what they can export. 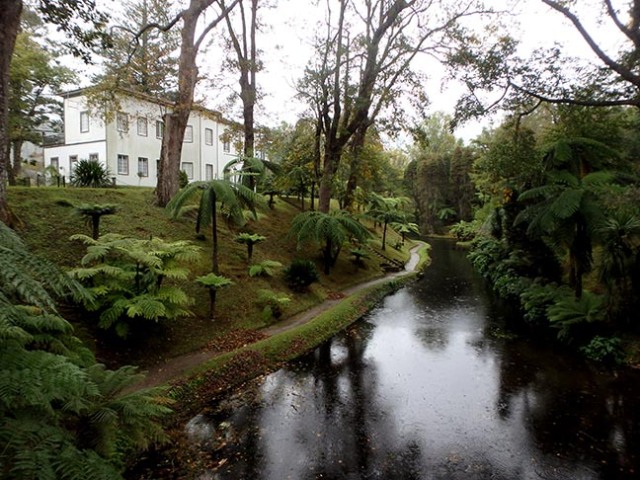 We did see some interesting things and learn something about the area, but overall the excursion was somewhat disappointing since we booked it expecting to see more impressive geothermal features. People might find more satisfaction in cruise ship excursions if the descriptions given were accurate rather than exaggerated as they often are.