How to Fold a Towel Bear

Posted on April 14, 2017 by LBcruiseshipblogger 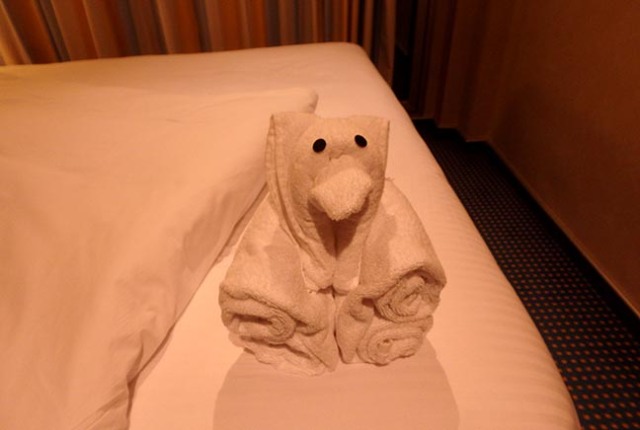 Eyes – eyes can be paper, felt, googly eyes, or whatever you have that works

How to Fold a Towel Bear Body

fold over long sides of towel, then fold over short ends

Lay the bath towel out flat. Fold both long sides over several inches. Fold over ends of both short sides.

rolling both short ends to the center

Roll both short ends to center. 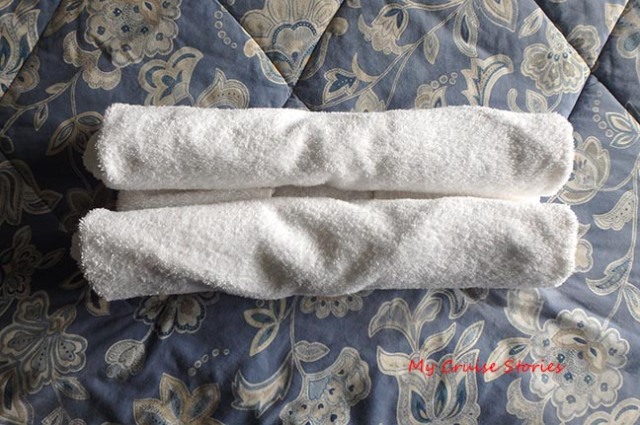 Fold rolled towel in half with rolls to the outside.

Set folded towel with one roll on top the other. Set aside and make the bear’s head.

How to Make a Towel Bear Head 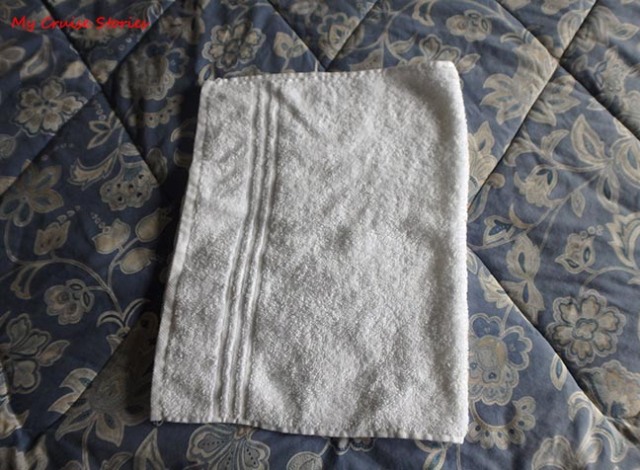 fold the hand towel in half short way across the center

Lay the hand towel out flat. Fold in half short way across center.

fold down corners from center of folded end

From the center of the folded edge, fold corners to center making two triangles on a towel with a pointed end.

flip towel over so folds are underneath, then turn up straight end

Turn towel over so folds are on underside then fold over straight edge.

Roll folded straight edge 2 more times for a total of three folds on that end. At this point it should have the point sticking out beyond the rolls and the folds from the edges of the triangle folds that were turned to the underside sticking up at the back of the roll.

fold at the center with the rolled part on the outside

Fold in half at center with roll to the outside to form head. 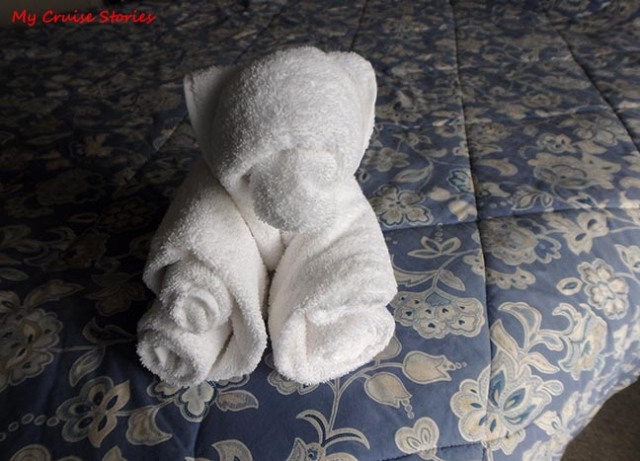 Place head into center of folded body. Close body over the neck and position as desired.

Add eyes and any other desired decorations to finish the bear.