Posted on March 10, 2017 by LBcruiseshipblogger 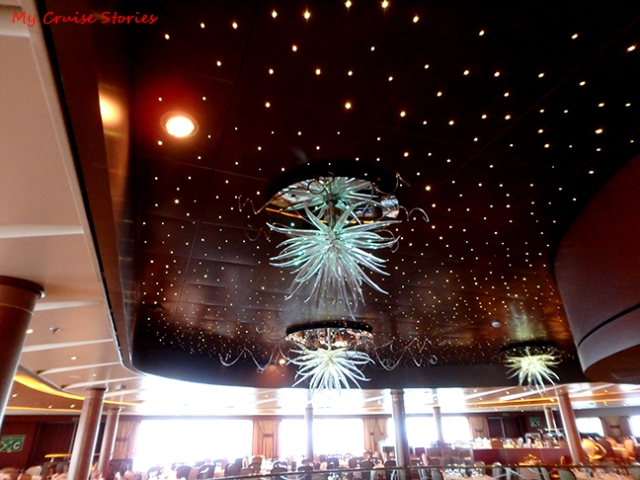 P&O Arcadia is unique among P&O’s fleet. At the start of building, the ship was intended for Holland America. Somewhere along they way it got changed to Cunard before finally ending up going to P&O by the time it left the shipyard. It has features representative of all 3 cruise lines. 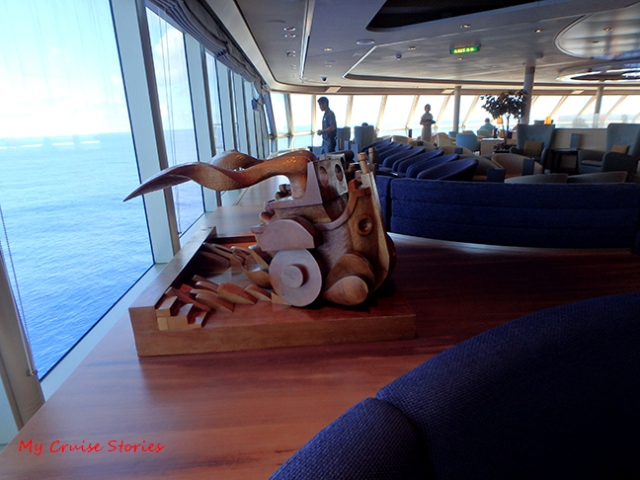 Each bar, lounge, restaurant, or other area of the ship has its own unique décor. 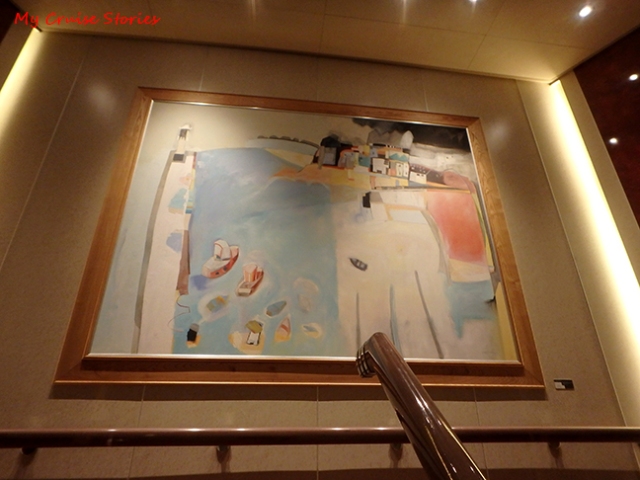 Some décor features help passengers to find their way around the ship such as different color carpet and different styles of artwork on each of the ship’s 3 stairways. Arcadia is P&O’s 4th largest ship and one of their adults only vessels. 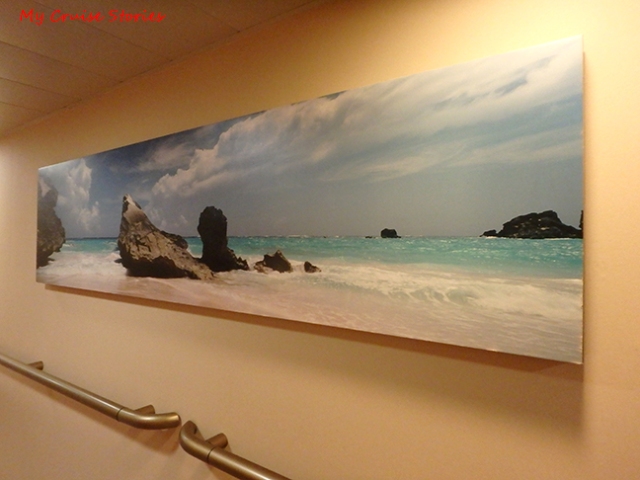 Each deck is named after a different country. The hallways by passenger cabins don’t have a lot of decoration, but every now and then there’s a painting from the country that deck is named after. At least most of the paintings are from the deck’s country. Canada deck does have one labeled Alaska. Maybe Brits don’t realize Alaska is part of the USA any more than Australians do. My daughter lives in Australia and said most of the people she’s met have no idea. Then again a lot of Americans don’t know Tasmania belongs to Australia. 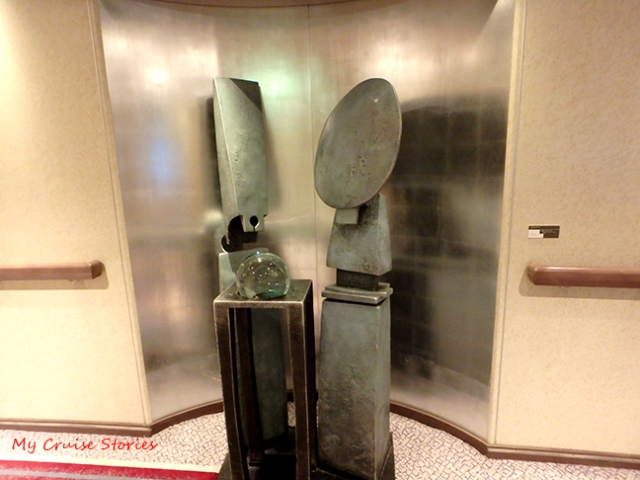 What is the thing with cruise ships and ugly statues? (These are a lot better than what some ships have on display, but that isn’t saying much.)

Most of the ship is tastefully decorated, but it does have a complement of what seems to be the required ugly statues. I don’t suppose it is an official requirement, but nearly every cruise ship has some. At least I think they are ugly. I suppose someone must like them or they wouldn’t be there. 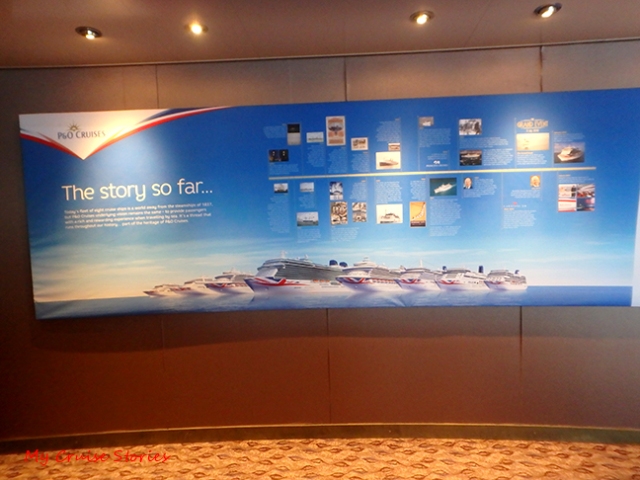 One unique and interesting thing this ship had that I’ve not seen on any other was a large mural with the history of P&O and information about each of their ships. 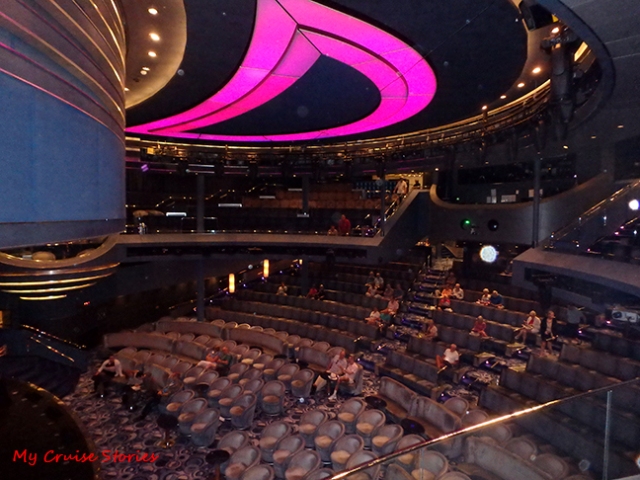 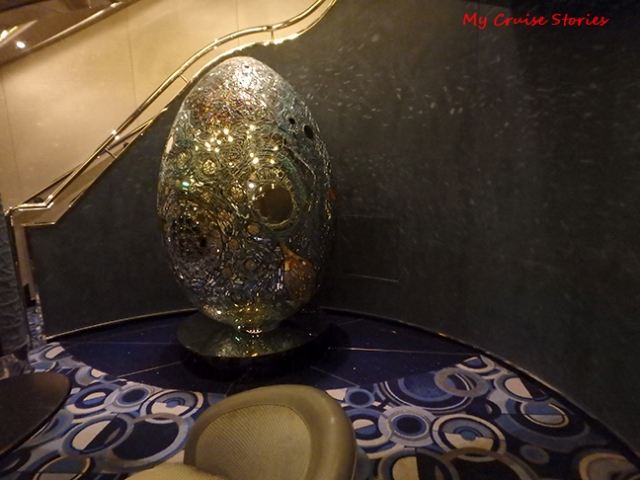 The lowest floor of the theater had some semi-secret hallway entrances graced by giant eggs that many passengers probably never found. 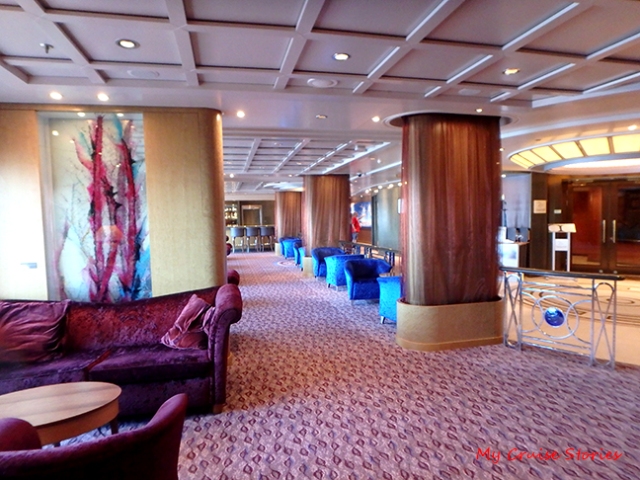 The Intermezzo Bar sat alongside a long hallway leading to the Spinnaker Bar, which had a completely different theme. 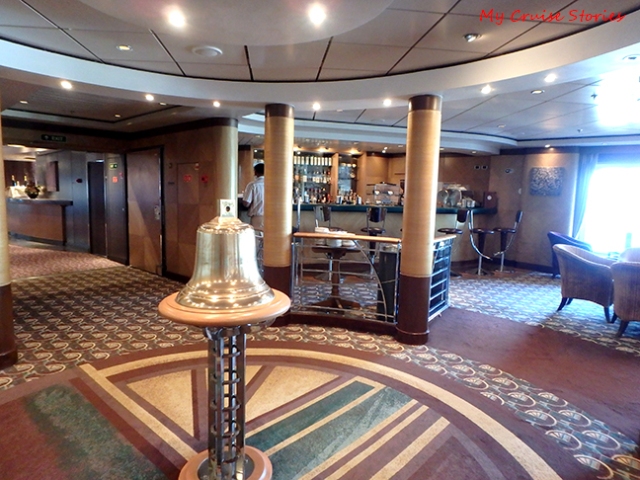 bell by the Spinnaker Bar

The ship themed Spinnaker Bar had model ships and a bell. 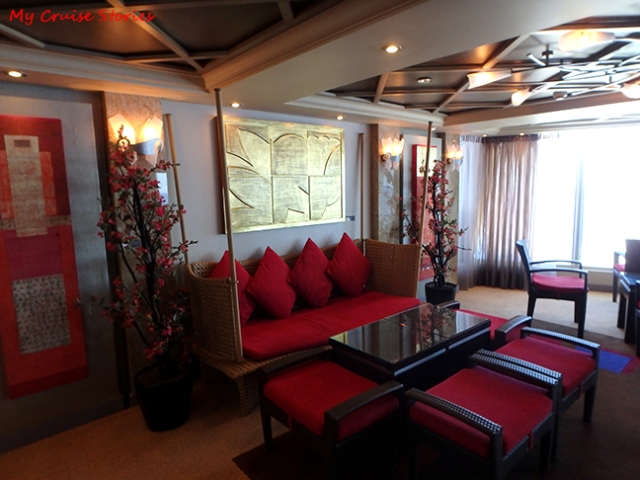 The Asian themed East Bar is tucked away on the top deck near the Sindhu Indian restaurant. 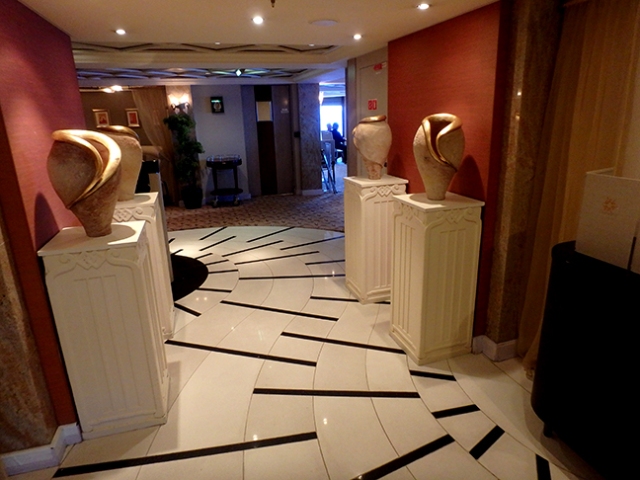 Sindhu is one of Arcadia’s premium restaurants. 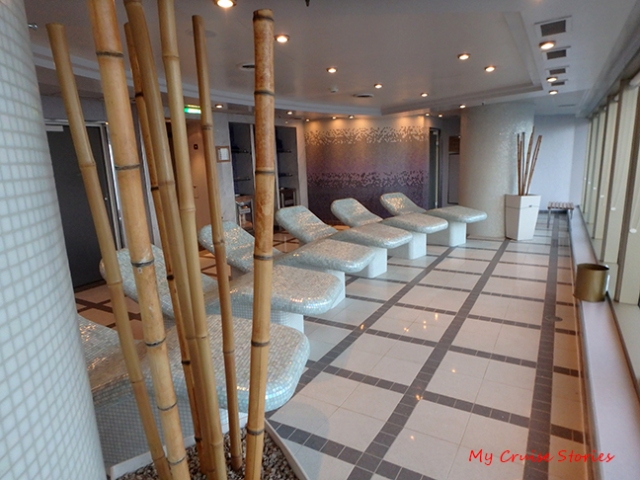 heated ceramic chairs in the spa

These awesome heated ceramic chairs are part of the spa’s thermal suite. If you’ve never sat in one take the spa tour on boarding day if you ever sail on a ship that has them and give one a try. It’s amazing how comfortable a hard tile chair can be.

MyCruiseStories blog tells stories about adventures in cruising on ships big and small. Things to do onboard and in port. Anything connected to cruising. Also food, travel, recipes, towel animals, and the occasional random blog.
View all posts by LBcruiseshipblogger →
This entry was posted in Arcadia, P&O and tagged Arcadia, cruise, cruise ship, cruise ship decor, P&O, photos, travel. Bookmark the permalink.