How to Make a Towel Grinch

Posted on December 25, 2016 by LBcruiseshipblogger

How to Fold a Towel Grinch

How to Fold a Towel Grinch Body

tightly roll both ends of bath towel to the center

For the towel grinch body start with one green bath towel. Lay towel out flat and tightly roll both sides to the center from the short end.

Fold rolled towel in half rolled sides out. Pull the tips out of the end of each roll. 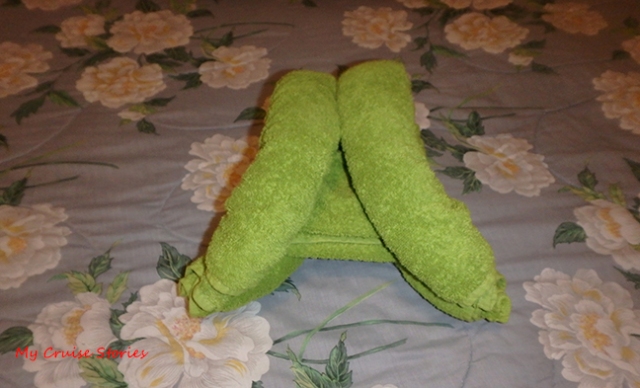 Pull both sides at the same time until the towel pulls out into the arms and legs of a towel body.

Place towel body in seated position. Drape red hand towel over back of body and fold around the arms to make sleeves. Tuck any excess red towel under the body and legs.

How to Make a Towel Grinch Head

Hang center of one edge of long side of green hand towel on a hook or peg or tuck it under your chin. Adjust towel so both ends hang evenly. Tightly roll both sides to the center. Roll both sides together, keeping rolls as tight as possible from top to bottom. 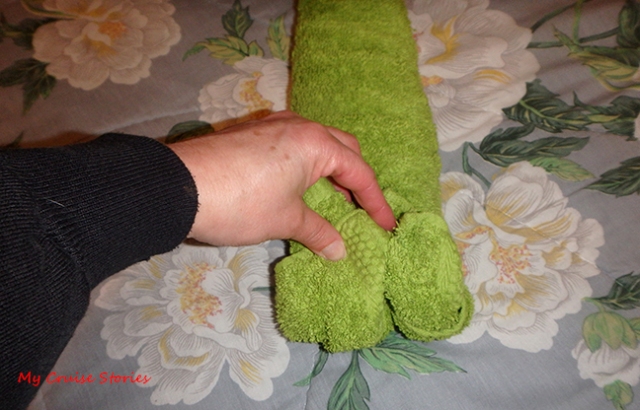 set towel rolled side down, fold loose ends over top and roll from wide end

When finished, set towel down on a flat surface rolled side down. Fold the loose ends over the top of the towel and roll starting from the wide end of the towel. Tuck the pointy end in between the rolls. A towel rolled tightly enough will hold together on its own once the end is tucked.

tuck the pointy end in between the rolls

Set small Santa hat on Grinch’s head. If you were unable to find a small enough hat fold a bigger one inside of itself to shrink it to size and use safety pins to hold it at the size you want. Put strips of cotton around the ends of the red towel sleeves and neckline to make a Santa coat. Pose Grinch as desired. 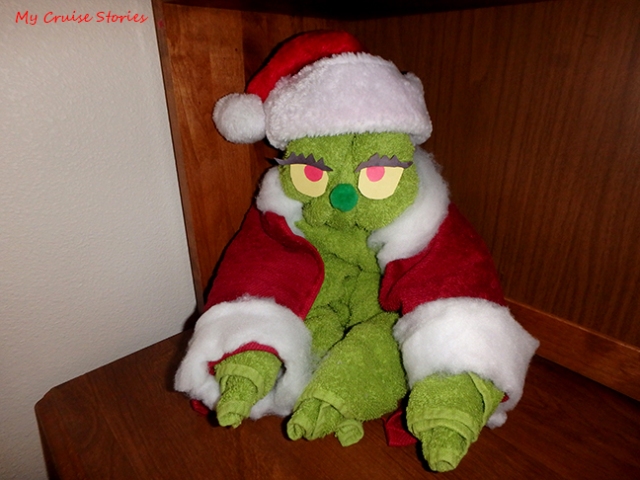 1 Response to How to Make a Towel Grinch