A Visit to Grand Turk

Posted on October 16, 2015 by LBcruiseshipblogger

After visiting several lesser traveled islands between Puerto Rico and Miami, Carnival Splendor made its last port stop at the private cruise ship beach on Grand Turk. We got a good view of the ship docking from the window of our port side cabin on deck 1. After taking our semi-sub excursion we had lots of time left to enjoy the port. John took off for an island tour, which you can get on the spot at the cruise port.  The rest of our group went back to the ship for lunch and then headed out to the beach. 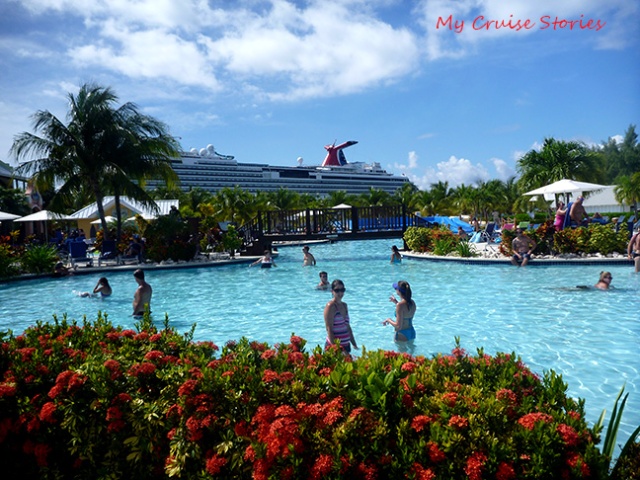 Tina, Justin, and I went back out together. We tried out the pool at Margaritaville on our way to the beach. The shallow pool winds around with several little bays and a couple of bridges crossing over it. It even has a swim-up bar. 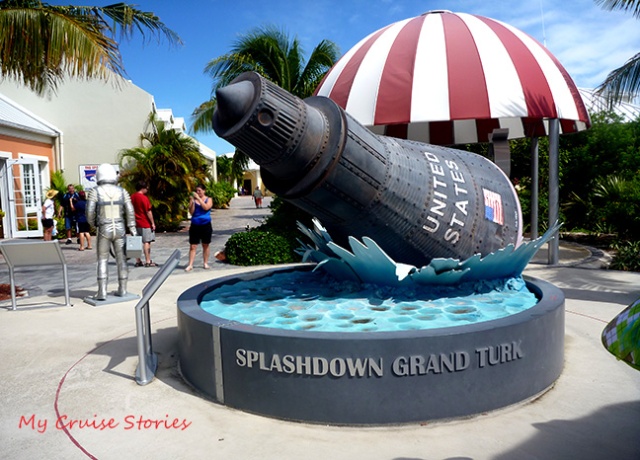 Out on the beach we found some shady beach chairs for our things. We didn’t sit there long before heading to the water. After hanging out in the sandy area for a bit Justin decided to try out his snorkel mask. Eventually we talked him into using the snorkel as well. Then Tina tried it. After moving down to the rocky area of the beach for better snorkeling I got my mask and snorkel as well, and then Tina got one too. They did have a booth on the beach with snorkel gear for rent, but we had our own. We just used the masks and snorkels though as fins were not really necessary in the calm shallow water on the beach. That also meant not having to worry about getting sand in the fins, the biggest drawback of beach snorkeling. 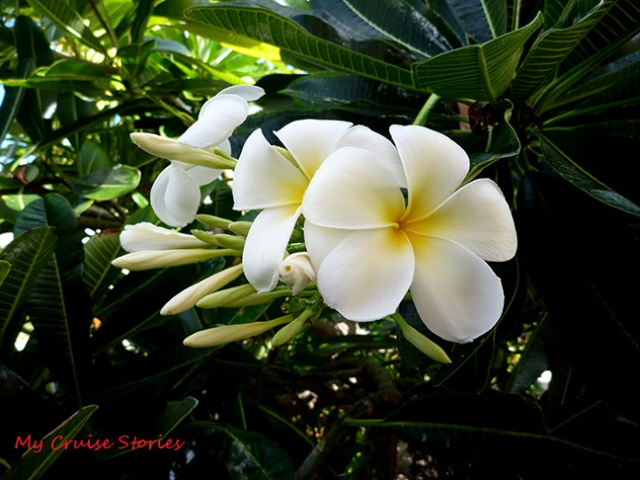 Gardens near the rocket display have pretty flowers

The rocky end of the beach had shallows pocketed with deeper pools. Most of the fish stayed in the deep pools, but flounders seemed to prefer skating along the rock surface of the shallows. They blend right in until they move.

the shell tells all – weather predictor at Grand Turk

Down in the holes we saw small brain coral, a spiny urchin, lots of little fish, some of which were brightly colored, and a few big fish. Even the sandy area where we first started out in the water had large schools of very tiny fish. While the beach snorkeling there isn’t fantastic, there is stuff to see. For two novice snorkelers who had never tried snorkeling before it gave them enough to decide that they liked snorkeling after all, something they were not initially sure they wanted to try.

As the beach got less and less crowded we decided it might be a good idea to go check the time on my watch in the beach bag on shore. We had about an hour until all-aboard so Justin and I went back to the ship and joined a trivia game while Tina visited the shops. 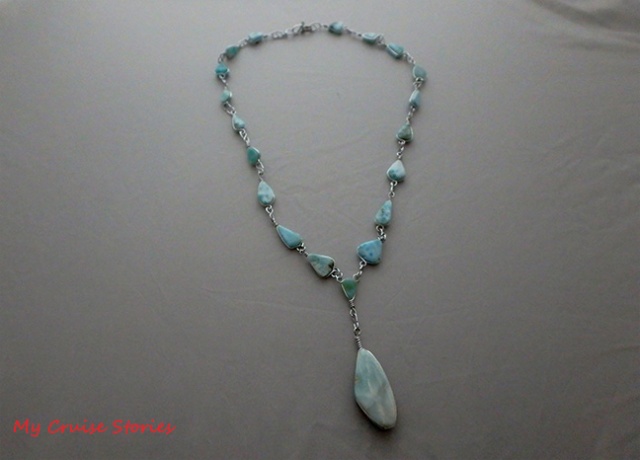 Larimar necklace from Grand Turk – for under $10

Back on board we met up with John, who had a great time on his island tour. He saw a lighthouse, a new cruise port under construction, and a lot of very friendly feral donkeys. He also found Larimar jewelry in local craft booths at an even lower price than we have found in the Virgin Islands. Larimar is a blue and white stone mined only in the Dominican Republic, which sits very close to Grand Turk.  The farther you get from the Dominican Republic the more Larimar costs. 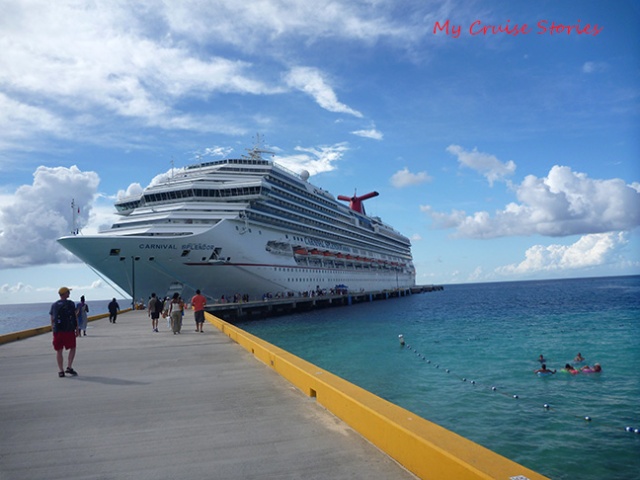 swimming area roped off next to the dock

Grand Turk has the usual array of shops found in frequently visited cruise ports and a very nice beach you can walk to right off the ship with a roped off area for swimming and snorkeling.  The area where the ship docks is private for cruise ship passengers, but a short stroll down the beach leads to a public beach area with bars that put chairs out on the beach to try and get people to stay so they might buy something and little stands on the beach where locals sell things.

MyCruiseStories blog tells stories about adventures in cruising on ships big and small. Things to do onboard and in port. Anything connected to cruising. Also food, travel, recipes, towel animals, and the occasional random blog.
View all posts by LBcruiseshipblogger →
This entry was posted in Caribbean, Carnival, Ports of Call, Splendor and tagged beach, cruise, larimar, photos, snorkel, travel, tropical island. Bookmark the permalink.

7 Responses to A Visit to Grand Turk