Posted on January 1, 2013 by LBcruiseshipblogger

Happy New Year to Everyone

On New Year’s Day people tend to both look forward to the future and backward to reflect upon the past.  Since I don’t have my next cruise planned yet, I’ll stick mainly to reflections on past blogs in this post.

I’ve been on a lot of great shore excursions on the cruises I’ve taken.  Here’s a few highlights of some of my favorites.

Cave Tubing in Belize with cavetubing.com

One of the most unique activities ever, my Cave Tubing adventure in Belize remains one of my best shore excursion memories.  I’ve never seen this guided float through a cave on an innertube offered anywhere else.

I love to snorkel.  While the best snorkeling of my life was at Australia’s Great Barrier Reef, I’ve had a lot of fun snorkeling on shore excursions in the Caribbean as well.

One of the best was the Golden Eagle Catamaran Sail and Snorkel on St. Maarten that went out to the nearby island of Tintamarre.

We had another unique and excellent shore excursion on Grand Cayman, where we snorkeled over the USS Kittiwake, the only US Military ship ever sold to a foreign government for use as an artificial reef.

Temple of the Frescoes at Tulum

We can’t snorkel in every port and we do have fun doing other things sometimes.  In Cozumel we visited the Mayan Ruins of Tulum, and learned that the Mayans never predicted the end of the earth like so many people thought they did.  Just as we replace our calendars every year, theirs eventually ran out – meaning only time to reset the calendar!

the train snakes up the mountain near Skagway

In Skagway, Alaska we rode the White Pass and Yukon Railway. This narrow-gauge railroad was originally built to get would-be gold miners from the port to the gold, but now serves as the most popular excursion in Skagway.

Traveling allows people to see all sorts of things around the world that they don’t see in their own backyard.  Not all trips take people far from home though, and most areas have a lot to see so people can have some great trips close to home as well.  I’ve taken some wonderful vacations that did not involve traveling a long distance from home.

pack mules on the trail with Icicle Outfitters

I had the opportunity to take a pack trip into a wilderness area, something I recommend to anyone who loves to ride horses and see beautiful scenery. 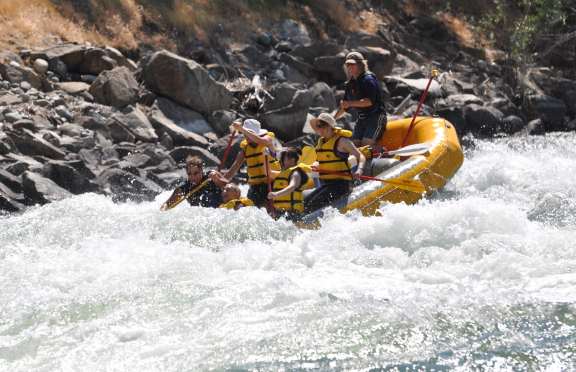 A white water raft trip provides a fun day with some exciting times and any Twilight fan would enjoy a Twilight Tour in Forks. 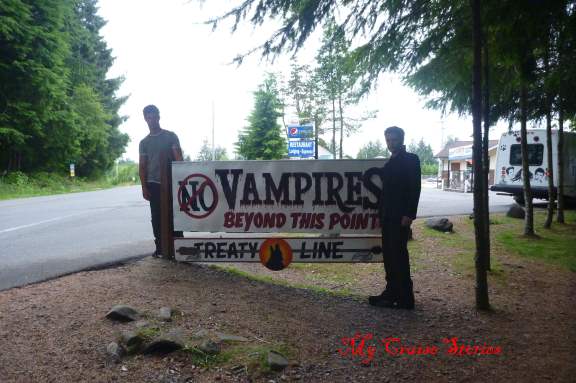 No reflection of my blog would be complete without mentioning towel animals.  Here’s one coming up on a future blog – the penguin.