Posted on October 22, 2011 by LBcruiseshipblogger

Chris and his wife Liza continue their vacation in the Philippines, diving and snorkeling in Bohol. 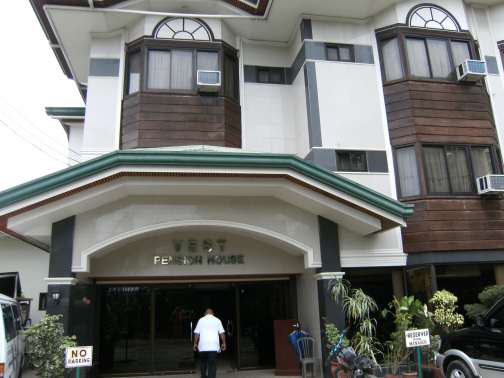 The morning after leaving Anilao, we flew to Bohol.  There we stayed at the Vest Pension House.  The airport was a little way away from the hotel so we hired a tricycle to take us to the hotel.  They will try to rip off unsuspecting travelers at the airport.  Most were trying to charge us 500 pesos but we found one that charged us 25 pesos.  Later we found out that if we had told the hotel our arrival time they would have picked us up for free.

tricycle - common transportation in the Philippines

Again once we arrived we had lunch in the dining area where we would be having many of our meals.  This hotel was not as difficult to get in and out of as the Outrigger.  To do anything you had to go somewhere else to do it so we did eat other places for about half our meals when we stayed here.  The food was great, especially the mango float.  It’s kinda like a layered cake with mango.  It was so good we ordered it several times.  The room was about the same size as our room in Outrigger Resort but nicer.  The staff was also very friendly.  The only bad thing about staying there is that it wasn’t close to anything.  It was over half an hour by tricycle to get to the beach about 10 minutes to get to the mall and if you wanted to go to places like the Chocolate hills or Danio Adventure Park it was an hour or more by van.

The chocolate hills are a geographic formation of nearly symmetrical mounds of limestone covered in grass, which turns brown in the dry season.  Seen in some photos, they almost resemble a row of thatched roofs protruding from a village of underground huts.

Chris at the Chocolate Hills

After about half an hour in the tricycle from our hotel we would arrive at Alona beach.  It’s a very busy place with many restaurants bars merchants of different kinds and of course dive shops.  There are also many hotels (most with dive shops) on the beach.  If we were to go back we might spend a little extra to stay in Serra Madre on the beach.  We booked all my dives through them and got a deal for it.  I did 8 dives while we were in Bohol on three different days. 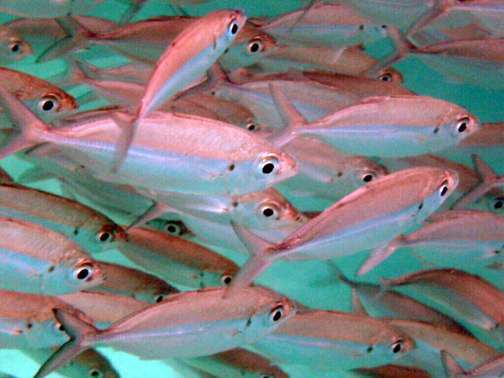 On two of the days we went to a smaller island nearby and did our first two dives near but outside of a marine sanctuary there.  I saw a sea turtle on three out of four dives I did at that island and also saw the largest school of fish I have ever been in the water with.  There were thousands of jack fish in a school that seemed to be passing by for 5 minutes before it reached the end.  I also saw a lot of nudibranchs around that island.

One day we went snorkeling on a boat that took us to the same island where I’d gone diving.  They didn’t tell us that it’s illegal to snorkel inside of the area marked off with a line of buoys (but the guides that take you to the edge of the sanctuary are standing on any coral large enough to support their weight).  I got caught by an official who told me to swim over to a large boat while I was snorkeling in the sanctuary.  Once on the large boat the guy in charge told me they were going to take me back to the mainland  to pay a 1000 peso fine (just over $20) then I would be free to go.  I had to talk to him for about 10 minutes before I could convince him that I needed to get my wallet and wife before I went off to pay a fine and he let me swim back to the boat I came on.  Once I got back to the boat and told our boat man what happened he said “don’t pay.”  He called my wife back to the boat, pulled up the anchor and we left.  For a few minutes we thought the big boat was following us but it turned out they were just leaving with a lot of people to fine at the same time we were. 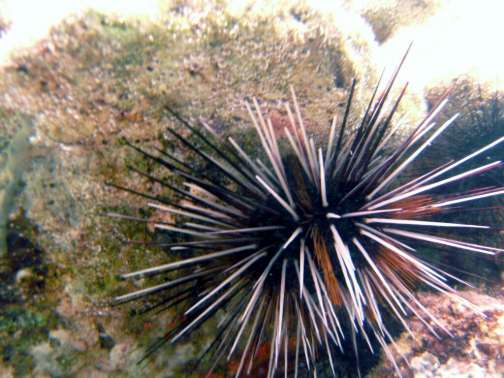 When we headed off to our next destination that boat kept going to the main island.  We went to an even smaller sandy island kinda in between Bohol and the island we had been snorkeling on.  I tried snorkeling there but there wasn’t much to see.  Once you got more then about a foot and a half deep there was sea grass and I only saw some urchins in the sea grass.  If you got past the sea grass the water was more cloudy in that area then it had been anywhere else I have been in the water in the Philippines so I couldn’t see the bottom very well.  We walked around the island and found many starfish and people selling urchins to eat right out of the shell.  We passed on the urchin eating.

I did some snorkeling right off of Alona beach but I was always cautious while snorkeling there.  There was a lot of boat traffic.  There was some coral to find if you went out past the sea grass but in the sea grass I found many sea urchins of different kinds including some very large and colorful ones.  There was a good amount of starfish to see there too.  I found a sea snake once too.  Usually sea snakes are not interested in people but this one took an interest in me.  It started following me around and if I faced it it would swim around me.  We swam around each other while I moved back away for five to 10 minutes before it stopped following me.  I like seeing sea snakes but I’m a little worried when they are as interested in me as I am in them. 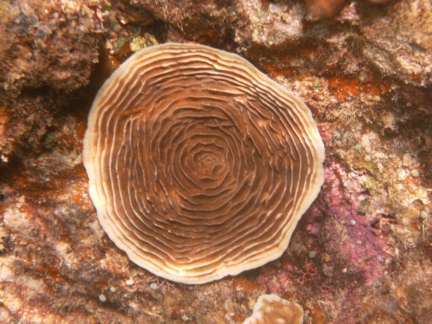 For the dives I did that didn’t go out to the nearby island we took a small speed boat to dive sites near Alona beach.  There are marine sanctuaries on either side of the beach and as long as you don’t go inside the buoys you’re allowed to dive there.  I saw more nudibranch and corals and many fish.  I saw a few moray eels too.

Sounds like they had a great trip.  After reading Chris’ blogs and seeing all his pictures, I’d like to visit the Philippines too. 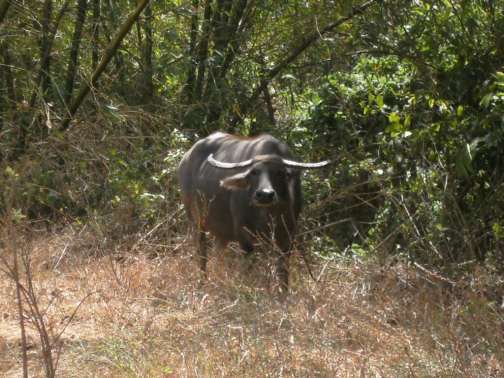 Philippine carabao, a type of Asian water buffalo and the national animal of the Philippines

MyCruiseStories blog tells stories about adventures in cruising on ships big and small. Things to do onboard and in port. Anything connected to cruising. Also food, travel, recipes, towel animals, and the occasional random blog.
View all posts by LBcruiseshipblogger →
This entry was posted in Guest Blogs, Uncategorized and tagged Chocolate Hills, coral, fish, Philippines, photos, scuba diving, snorkeling, travel. Bookmark the permalink.