Things to do on MSC Lirica

Posted on August 13, 2021 by LBcruiseshipblogger 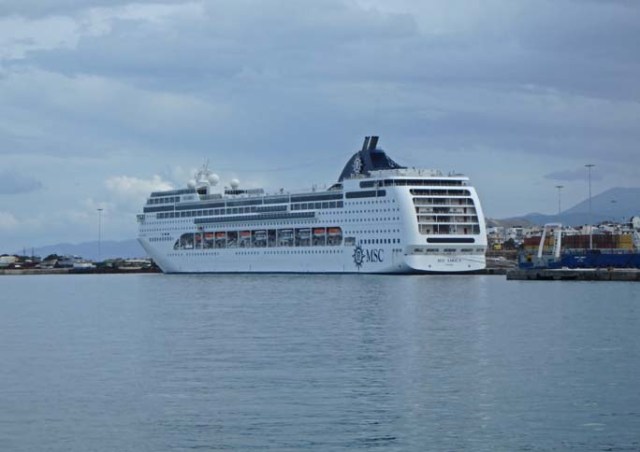 Like all cruise ship vacations, when sailing on the MSC Lirica passengers are free to do as much or as little as they want to. Ships offer a variety of options for things people can participate in, but if all someone wants to do is sit in a deck chair all day, that’s their choice. Staying in their cabin all day is a choice people could make too if they wanted, but very few people spend that much time in their room. 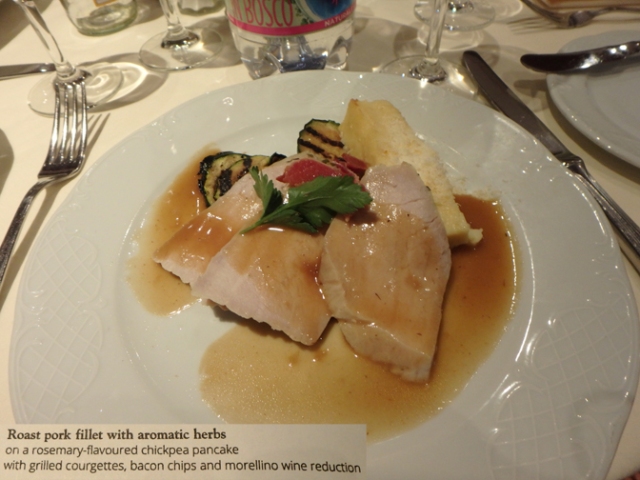 pork dinner on the Lirica

Food is of course a major part of any cruise, and they do all have food in abundance. Or at least they did before Covid. Hard to say what it will be like now. I do have a couple cruises booked so if they don’t get cancelled like the last 2 then I will find out. The Lirica had typical buffet and dining room options. They also had something different each sea day out by the pool stage for a brief time. A few of the bars had pastries, coffee, tea, and juice at breakfast, but strangely enough not the coffee bar, which even more strangely did not open until afternoon. Their only actual specialty restaurant was sushi, which I did not try. Other than that they just had a smoothie bar and gelato stand and of course a number of bars. This was before Covid, so things might be different now – especially the buffet as it is highly unlikely people will find self-serve buffets on any ship at this time. 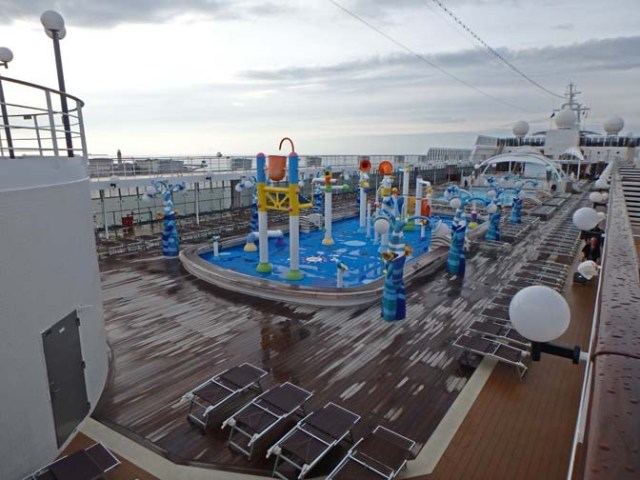 The main open top deck was not called Lido like on most of the ships we’ve been on. On this ship it was called Vivaldi. I did learn on this trip where the name Lido comes from though. It’s an island in Venice known for its beaches. Anyway, the Vivaldi deck (AKA deck 11) had two pools, two hot tubs, a stage where there was sometimes music and sometimes activities, and the buffet. It also had a splash park which only had the water going sometimes, and a couple ping-pong tables and foosball tables that could only be used when the entertainment staff was available by the stage to check out paddles and balls. 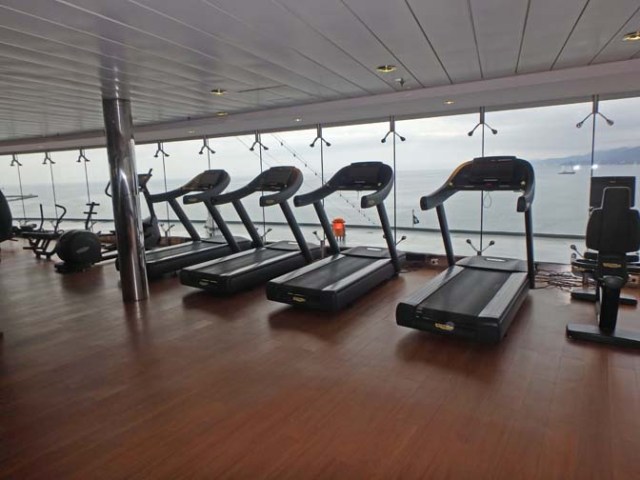 treadmills at the gym

Deck 11 also had the spa and gym at the front of the ship. The gym was small with just 4 treadmills and a variety of other equipment. The spa had a beauty parlor, massages and other treatments, and a thermal area. 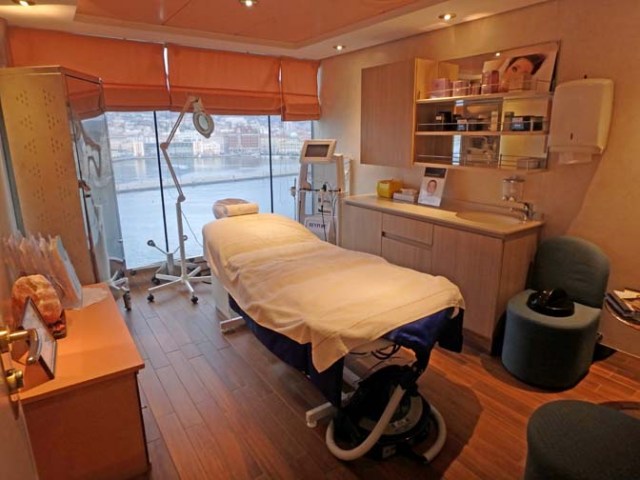 massage table at the spa

Spa prices were better than on a lot of ships. I had a massage, booked pre-cruise, which is 30% off of booking onboard and gives you 30% off on any additional massages should you want to book any more onboard. They did not have a date or time available pre-cruise. That had to be set up after boarding, and within the first week on my 3-week cruise. The masseuse was good at her job and offered a choice of light, medium, or heavy pressure. She was also barefoot. 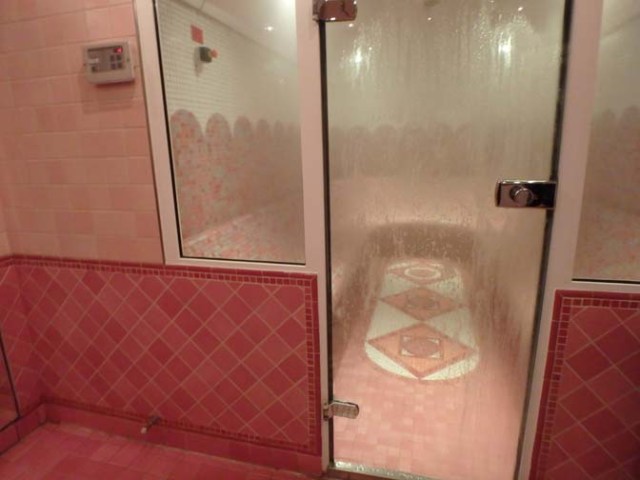 The thermal suite was a bargain price on this ship compared to other lines we’ve been on, but there was a reason for that. It lacked all the things that make a thermal suite worth going to – no thermal pool or heated ceramic chairs. Had we not booked it pre-cruise, we wouldn’t have bothered. All it had in the way of thermal features were saunas and steam rooms. It had two of each, one for women and one for men. Apparently Europeans like to use them naked in spite of the sign by the door saying appropriate swimwear must be worn. At least the women’s had a sign. I hardly ever saw anyone else in there, but on the few occasions anyone else was there most of them suited up. One day there was a lady wearing nothing but a towel. John said there were often other men when he went in and none of them ever wore any clothes. Once he even saw a naked women in the men’s area. The best thing about this ship’s thermal suite wasn’t even thermal. There was a relaxation area room with an excellent view and a bunch of the wicker bed things that was a nice quiet place for reading or watching the scenery go by. None of the other ships where we’ve booked the thermal suite had areas other than locker/changing rooms segregated by sexes, but then again they were American ships (and one British) where none of the people used the facilities naked. 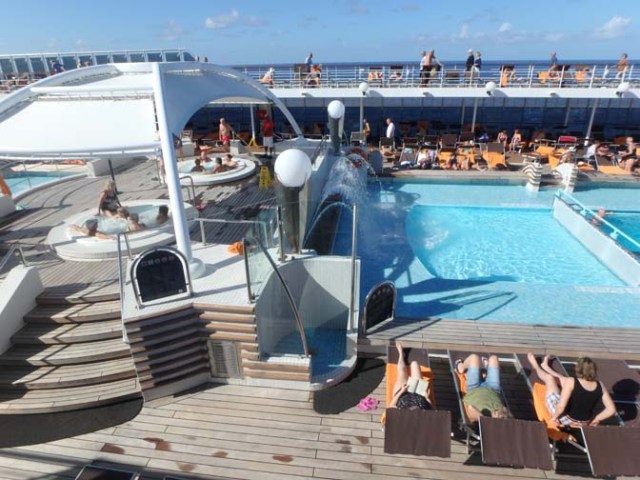 pool and hot tubs on deck 11, deck 12 walkway and shade below it

Deck 12 was mainly a walkway above the outskirts of deck 11. It provided shade for the chairs below it on deck 11, which were the most popular ones there. Other than the walkway around the ship deck 11 did have the disco lounge/sushi bar at the back and some seating at the front overlooking the outdoor stage. 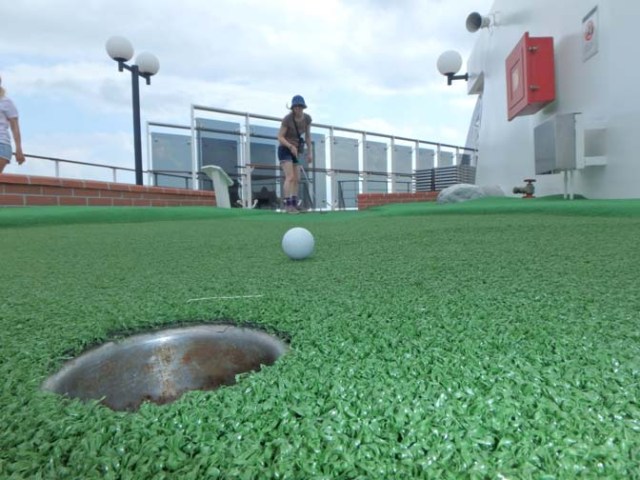 Deck 13 was just at the ends with an exclusive area for suites and those who paid extra to go there at the front and mini golf at the back. The mini golf course was a bit worse for wear, but one of the few things the ship had available for self entertainment, though you did have to check the club and ball out from entertainment staff on deck 11 and could only use it during the hours they were there. 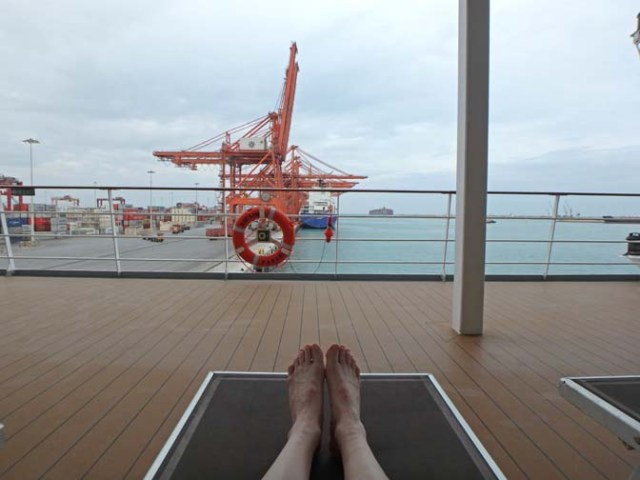 watching container ships unload from the back deck during a port stop in Salalah, Oman

Decks 7-10 were mainly just passenger cabins, though they did all have public balconies at the back with deck chairs, and balconies at the front with a good view and nothing else. The balconies at the back were our favorite outdoor hangout. Besides being much smaller, quieter, and less crowded than deck 11, it was also much easier to find an available deck chair. The ones on deck 11 were usually occupied by towels if not people. On the back decks there was always a stack of chairs so people could get one there if all the ones already set out were occupied – which again would mainly be by towels rather than people. Typical of most cruise ships, there are signs saying not to save chairs and the crew will pick up unattended towels, but they never do. 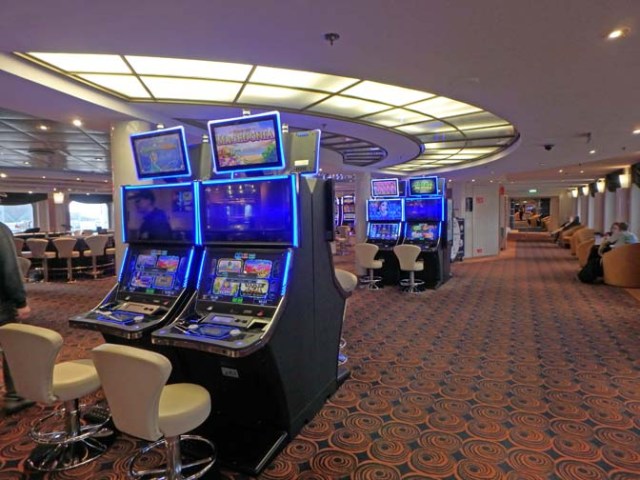 slot machines at the casino

Decks 5 and 6 had most of the public areas. There was an array of shops, a small casino, and a variety of bars. Three of the bars had music in the evenings. Two had dance floors, one with music geared toward the younger crowd and the other music more appealing to older folks. The other was a piano bar for those who just wanted to listen to music. When they just played the music it was nice, but sometimes songs were accompanied by one or two of their opera singers with earsplittingly loud voices. Their voices were so loud that the only time we went to a show that included the opera singers we left the theater during the first song because it hurt my ears so badly and they didn’t tone it down much for the considerably smaller piano bar. 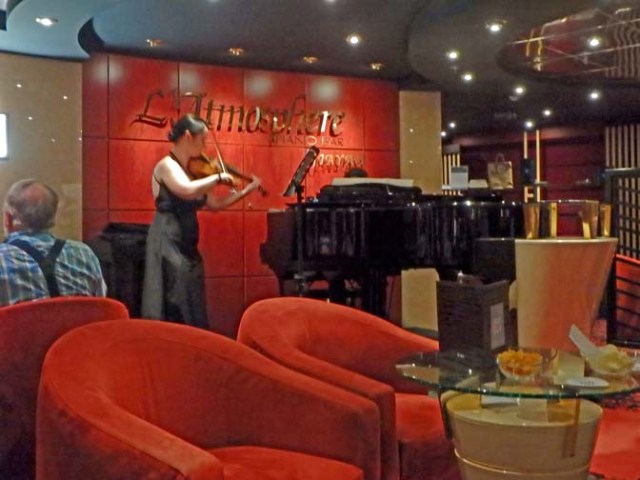 Typical of most cruises, the ship had nightly shows in the theater. Not so typical it said on their website that you had to book seats in advance for each show. It had screens outside the theater from which to do so, but on our cruise it was all open seating and pre-booking theater seats was not necessary or even available. People just went in and found a seat before the show started like on other ships. 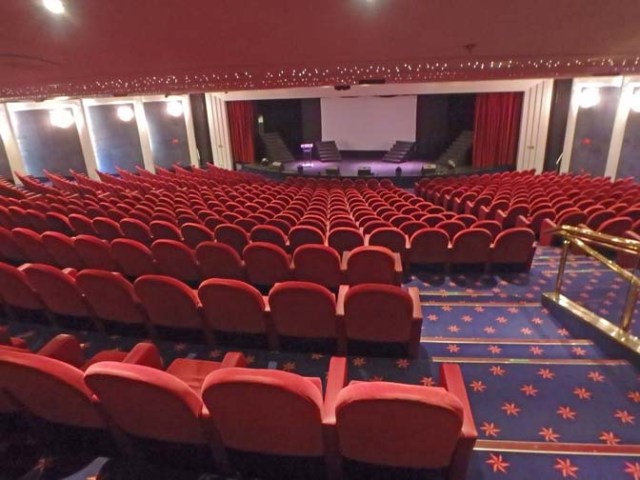 There’s also a library and internet room, and for kids an arcade. Kids also have age-group appropriate kid’s clubs up on deck 11 for the little ones or deck 12 for older kids. 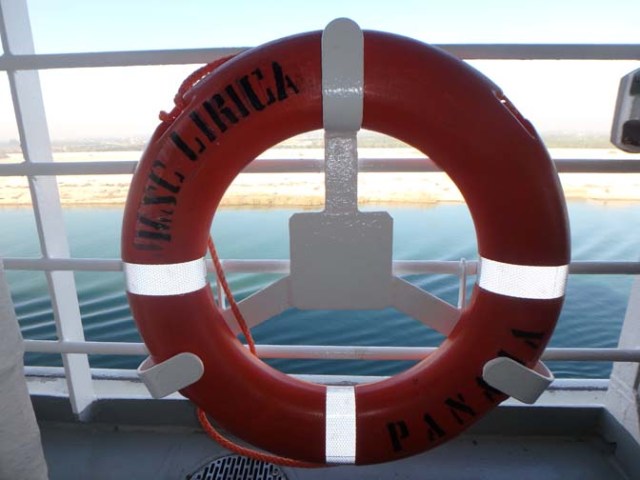 Lirica in the Suez Canal

While this ship did not offer a lot in the way of do-it-yourself entertainment, it did have things scheduled throughout the day, especially on sea days. There were a lot of dance and exercise classes, tai chi, trivia, and other games. Some days there were port talks about things to see in upcoming ports. Overall this is more the sort of ship chosen for price and itinerary rather than for the ship itself. And it did have a great itinerary for a good price. Our main reason for taking the Lirica cruise was the port stop in Jordan, from which we could go to Petra, but we enjoyed all the other ports and our time onboard as well.

MyCruiseStories blog tells stories about adventures in cruising on ships big and small. Things to do onboard and in port. Anything connected to cruising. Also food, travel, recipes, towel animals, and the occasional random blog.
View all posts by LBcruiseshipblogger →
This entry was posted in Lirica, MSC, Shipboard Life and tagged #MSCLirica, cruise, Lirica, MSC, photos, things to do on a cruise, travel. Bookmark the permalink.