How to Fold a Towel Spider

Posted on October 31, 2019 by LBcruiseshipblogger

How to Make Towel Spider Legs

roll both ends of bath towel to center

Legs for the towel spider are made from two standard towel bodies. Start with one bath towel. Roll both ends to the center from the short side.

Fold the rolled towel in half with the rolls to the outside. Pull the tips out of the end of each roll. 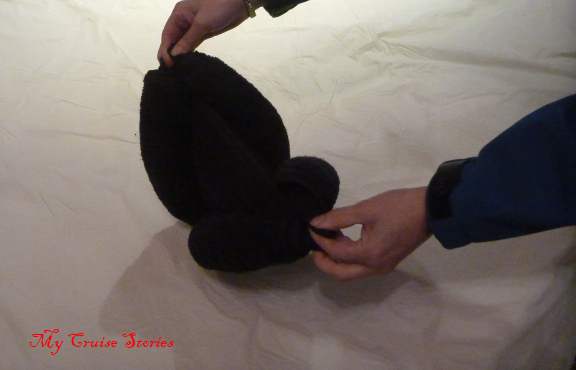 take the tips of one roll in one hand, and the other roll in the other hand 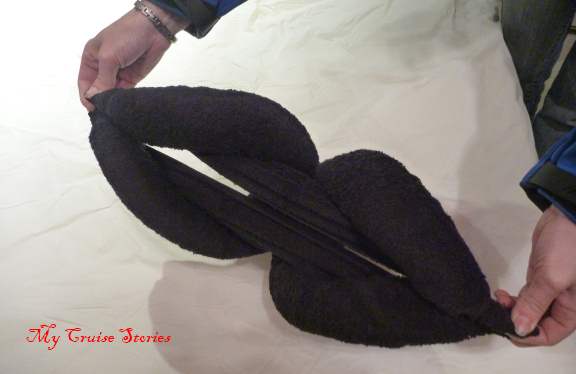 Pull the ends out of the rolls so it turns into a body with four legs. 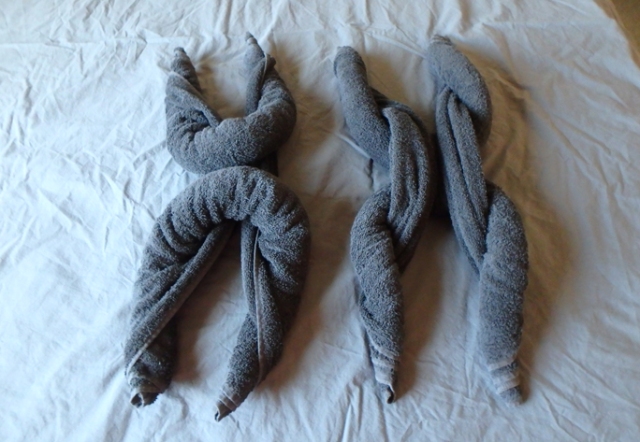 two towel animal bodies, 1 with rolls up and the other with rolls down

tuck one body into the other

Tuck the body with the down facing rolls between the upward facing rolls of the other body perpendicular to each other so it becomes one eight-legged body. 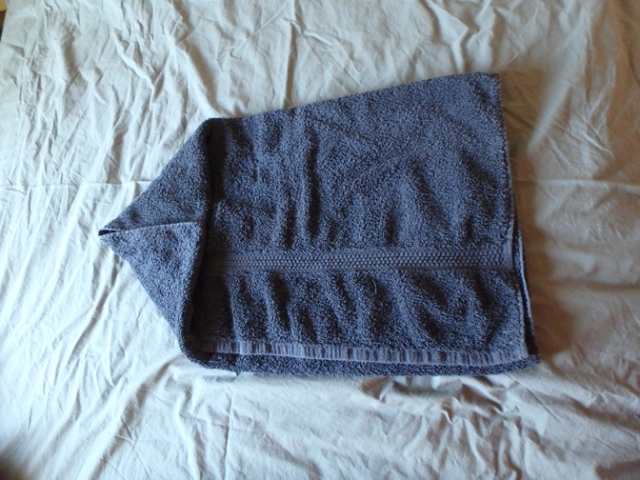 fold towel into thirds across the short side. Fold both sides of one end diagonally to the middle.

Fold the remaining bath towel into thirds across the short side. On one end of the towel fold each side diagonally to the middle making two little triangles for the spider’s rear end.

fold down the center of the other end

Fold down the center of the opposite end and hold in place with a finger.

fold both sides of the end just past the middle

Fold each side of that end across the bit you are holding down so they reach just over the middle to make the spider’s head.

Turn towel over so folded ends are on the bottom and place it over the legs. Adjust position as needed and shape head and body as desired.

Position the spiders legs as desired. Add eyes, which can be googly eyes or eyes made of paper or felt. Other decorations such as fangs are optional. Pull bits of rolled cotton into strands and position around the spider like a web. 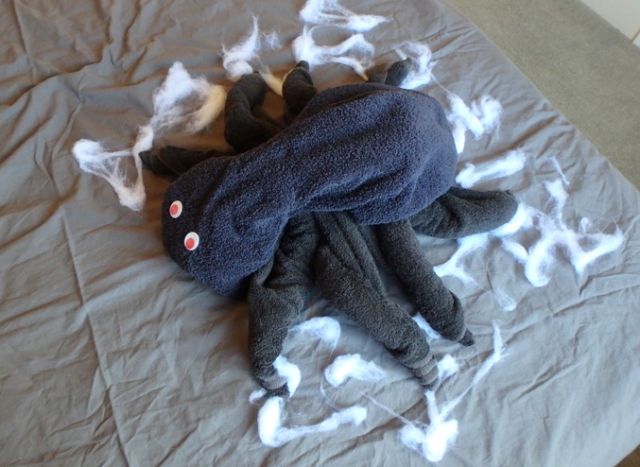 MyCruiseStories blog tells stories about adventures in cruising on ships big and small. Things to do onboard and in port. Anything connected to cruising. Also food, travel, recipes, towel animals, and the occasional random blog.
View all posts by LBcruiseshipblogger →
This entry was posted in Towel Animals and tagged #towelanimals, #towelspider, creepy towel animals, Halloween, Halloween towel animals, how to make towel animals, towel animal, towel spider. Bookmark the permalink.

2 Responses to How to Fold a Towel Spider