Easy Towel Animals – How to Fold a Towel Crocodile

Posted on February 17, 2014 by LBcruiseshipblogger

On our cruise on the MSC Divina, one of the stewards kindly allowed us to video him folding a variety of  towel animals.  Considering that Bagus was not our steward we greatly appreciated that he went above and beyond the call of duty to make these videos for this blog.

Most of the animals in this series from the Divina are easier to make than a lot of the animals featured on this blog so far, which is quite nice for new towel animal folders or those who have problems with the more difficult towel animals.  First up we have a crocodile.

How to Fold Towel Crocodile Legs 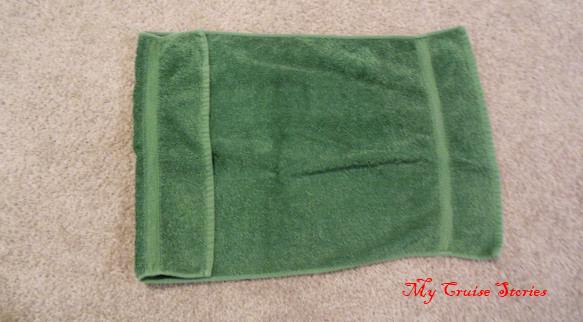 Lay one hand towel out flat.  Fold over several inches across one short end.

From folded edge, roll towel to other end.

Bend rolled towel at the middle so it resembles a boomerang and set it down where you want one end of the crocodile to sit.  Repeat with other towel and set parallel to first towel at the distance the hind legs go away from the front.

How to Fold Towel Crocodile Head and Body 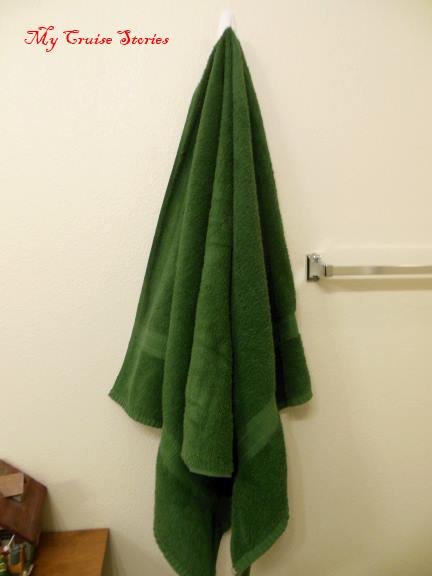 Tuck center of one edge of long side of bath towel under your chin or hang it on a hook on the wall.

roll both sides of towel

Roll both sides of towel to the center at an angle from where the towel hangs.

set the body on the legs

Set towel over legs, rolled side down.  Leave enough of pointy end hanging over front set of legs for head.

Tuck the pointy end under to round off the end for the nose.  If desired, arrange the back end into a tail shape.

Decorate with eyes, which can be bits of felt or paper or googly eyes.  You can add further decorations such as nostrils if desired.

Other easy towel animals include the snake and the penguin.  Many more towel animal folding instructions are available on My Cruise Stories towel animal page.

MyCruiseStories blog tells stories about adventures in cruising on ships big and small. Things to do onboard and in port. Anything connected to cruising. Also food, travel, recipes, towel animals, and the occasional random blog.
View all posts by LBcruiseshipblogger →
This entry was posted in Divina, MSC, Towel Animals and tagged crafts, how to fold cruise ship towel animals, how to make towel animals, photos, towel animal instructions, towel art, towel crocodile, towel origami, video. Bookmark the permalink.