Diving on the Great Barrier Reef

Posted on July 30, 2011 by LBcruiseshipblogger 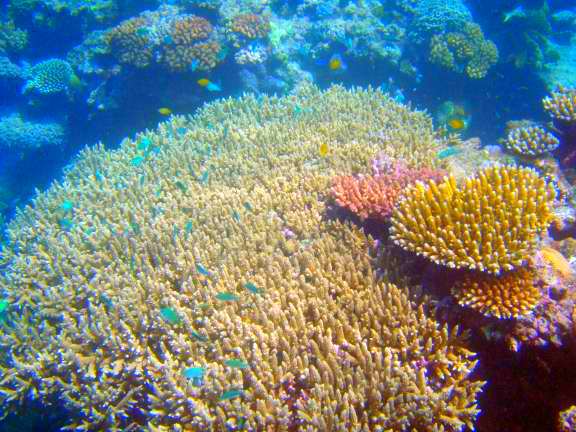 I love snorkeling, and did a lot of it on our Great Barrier Reef cruise on the Reef Encounter.  At one stop though, I tried something different.  The beginner’s scuba lesson they offered on that cruise.  You don’t usually think of  lessons as part of a vacation, but there’s all sorts of opportunities to learn new things.  Traveling to new places often offers a chance to discover things you never would have thought of on your own. 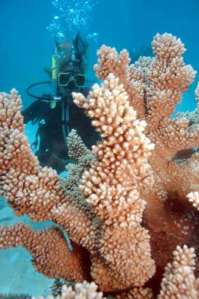 Diving on the Great Barrier Reef sure beats the normal first dive in a swimming pool!  We got to the stop where John and I had our dive lesson scheduled and found the water full of tiny jellyfish.  Not the deadly sort, but they did sting.  Most people opted out of snorkeling at that stop.

“They’re only on the surface,” the dive instructor said.  “Once we get under the water it will be fine.”

Chris at the reef

My son Chris usually dove, but since the ship had more stops per day than they allowed dives he had chosen to snorkel at this stop.  And since he had a full wetsuit he actually went, jellyfish and all.

Hand over hand, we made our way down the cable.  Got a few stings at the surface, but once below the surface, the water was indeed jellyfish-free.  We barely got our heads under before John bailed.  Got a jellyfish stuck in the sleeve of his wetsuit he said.  Had to get out of the suit to avoid constant stinging.

going down the anchor cable through the stinging jellyfish

On down the cable I went, just me and the instructor.  Into the undersea world Chris loves so much.  The instructor watched all the gadgets that tell air levels and whatever else it is divers need to keep watch on, so I just watched the instructor.  And the sea life.  Lots of life to see.  Not quite as brightly colored as it looks from the surface, but then I didn’t have a light.  You can’t touch the coral, but some places have bare rock in between corals and people can hang onto the rocks.  At one point the ship’s photographer, Kathy, came by and snapped a couple photos, so I actually got pictures of my one and only dive.  I think we only went down about 30 feet or so.  The experienced divers probably go farther in places where the water gets deeper. 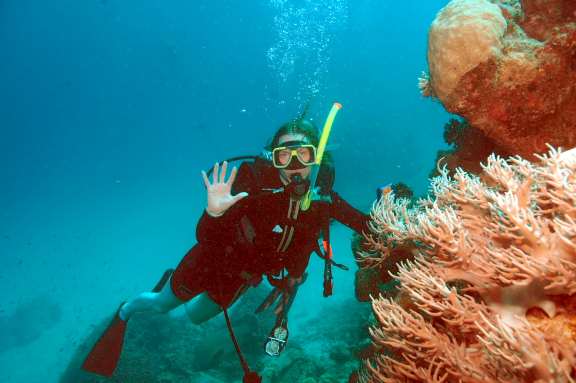 me diving (holding onto a rock, not the coral)

It’s a quiet peaceful world down there.  The dive instructor communicated through pre-arranged hand signals.  I followed where he led and stopped to see the things he pointed out.  All too soon it seemed, he motioned time to return to the surface.  Back through the jellyfish and onto the sting-free safety of the boat.  Luckily we did not see jellyfish at any other stop, so I did not miss out on any snorkeling.  Chris said he got a couple stings on his face, the only exposed area he had, and not much there with the mask and snorkel.  At least we never encountered any of the deadly jellyfish varieties.

My daughter’s husband, Aaron, took a lot of great underwater photos on this trip. 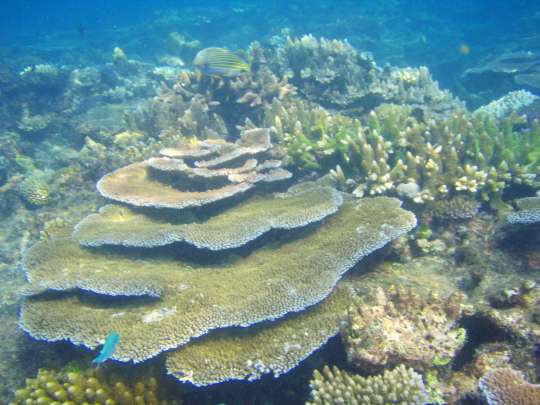 Lots of different varieties of coral and fish. 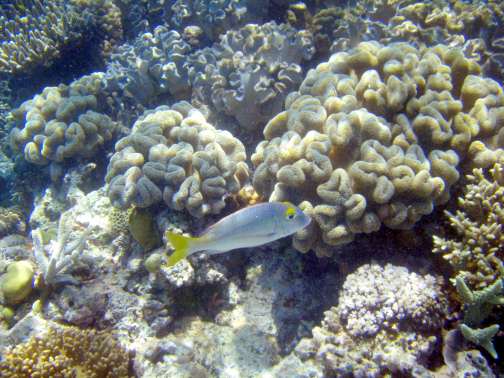 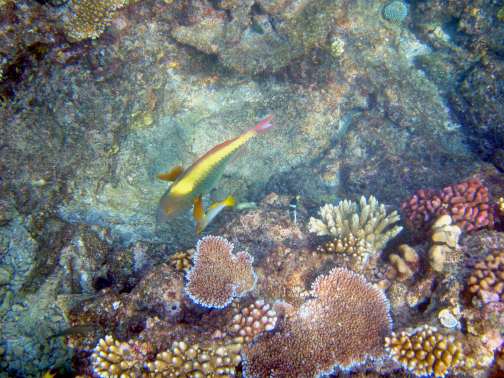 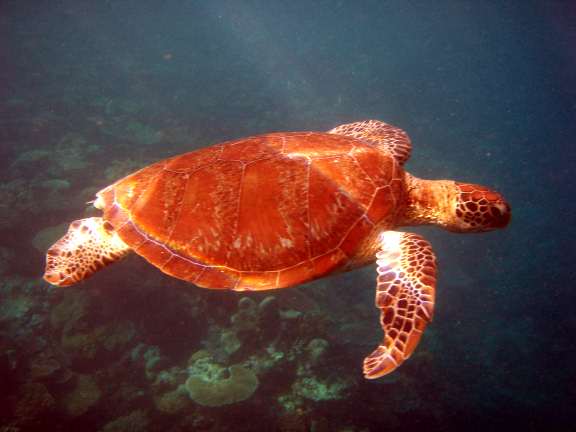 We loved our cruise on the Reef Encounter and I would thoroughly enjoy visiting the Great Barrier Reef again.

4 Responses to Diving on the Great Barrier Reef