Posted on September 25, 2013 by LBcruiseshipblogger 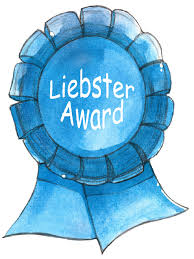 Thank-you to the Weekly Day for nominating me for the Liebster Blog award.  It takes awhile to do all the things these blog awards require and time is one thing I don’t have a lot of.  I’m not real speedy to respond to award nominations, but little by little I get them done for eventual posting.

I found the rules for this award well researched on Lorraine Reguly’s blog.  Since she’s already done the work on that I won’t need to.  Apparently this award has morphed from something for people with 200 or less followers to something for people with up to 2000.  Not that everyone displays their followers, so I guess just don’t give it to blogs displaying over 2000 followers or blogs you think would probably have more than 2000.

These blog awards usually come with a set of rules.  For this one they are:

1. Link back to the person that nominated you.

3. Nominate ten other blogs for this award.

4. Ask ten questions for the people you nominated to answer.

5. Tell your nominees you nominated them.

Posting the award on your blog probably ought to be included there, as that is rather the point of awards.  It is there in some versions of the rules.  Some people post awards in their sidebars.  Others (like me) use an awards page.  There’s quite a variety of images to choose from for this award. 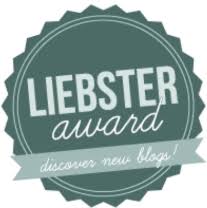 These are the questions the Weekly Day asked of me, and my answers.

1. If you could live anywhere, where would you live?

Somewhere in the Caribbean.  I’ve been on a few Caribbean cruises and loved everywhere we’ve stopped in that region.

2. If you had to eat the same food for every meal every day for a month, what would it be?

Chicken soup with all sorts of veggies and rice, topped with fat-free sour cream and some pineapple so I’d have all the basic food groups covered.

I pretty much only watch TV only when someone else turns it on, and movies even less.  I’m at my sister’s house quite a lot and she’s been recording the Game of Thrones series from the start for us to watch together, so that’s my favorite show at the moment.  I did read the books some time ago……still waiting for the next sequel.  Sigh.

4. If you could be any animal, what would you be?

A crow perhaps.  They’re really smart and live a long time.  They aren’t domesticated so they do what they want.  And they can fly.  OK so maybe birds aren’t technically animals, but close enough.

5. Which would you rather be – a bag of trash or a cigarette butt?

If I were a cigarette butt I’d be allergic to myself, so the bag of trash wins.

6. Do you believe that dinosaurs are still at large?

Dinosaurs are everywhere – in movies, books, museums, the imagination of small children, and of course our gas tanks.

7. How many languages do you speak?

8. Are you a morning person or a night person?

9. Would you rather be able to fly or turn invisible?

Flying definitely.  I’m already invisible.  Just ask any server at a buffet line.  When I get to the front they serve the person behind me.

10. What kinds of people annoy you the most? 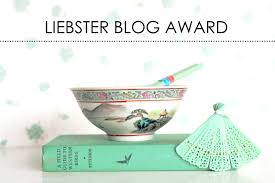 These are my nominees.  Why these particular blogs?  They’re the first 10 I got to (in completely random order) out of the blogs I wanted to nominate that I did not see a posting somewhere on their blog proclaiming that they don’t participate in awards.

2. Our Adventure In Croatia

6. Keeping Up With Carol

Questions for the Nominees

It would be so much easier if I could just use the same questions the Weekly Day asked me, but that’s not the way this award works so I guess I will have to come up with something else.

1. Where would your dream vacation take you?

2. Is there a particular meal you look forward to having when traveling that you never eat at home?

3. What kind of animal is/was your favorite or most unusual pet?

4. Would you rather skydive or scuba dive?

5. Where would you prefer to go, Las Vegas or Disneyland?

6. If you could choose between meeting your favorite movie star or seeing the last living animal of an endangered species which would you do?

7. Where would you rather live – big city, small town, rural area, farm, or ranch?

9. Which form of transportation is the most fun – bicycle, horse, motorcycle, car, train, monorail, bus, ship, or airplane?

10. If you could see the same show as a play, a movie, or on TV, which would you choose?

Alrighty then, that covers everything.  Answers, nominees, and questions.  Nominees don’t have to accept of course, but doing so does create an opportunity to get a link in other blogs where people might find your blog that otherwise wouldn’t have. 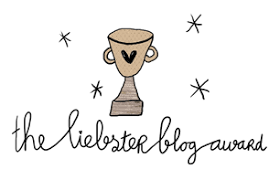 MyCruiseStories blog tells stories about adventures in cruising on ships big and small. Things to do onboard and in port. Anything connected to cruising. Also food, travel, recipes, towel animals, and the occasional random blog.
View all posts by LBcruiseshipblogger →
This entry was posted in Uncategorized and tagged blog awards, blogging, blogs, Liebster blog award. Bookmark the permalink.

22 Responses to The Liebster Blog Award