You Can Do Your Own Laundry On A Cruise

Posted on June 22, 2013 by LBcruiseshipblogger

Can I do my own laundry on a cruise?  Passengers-to-be often wonder about that in these days of limited luggage for airline travel.  Particularly when taking longer voyages.  Cruise lines do offer laundry service where the crew will do the passenger’s laundry – for a fee, and not a small one either. 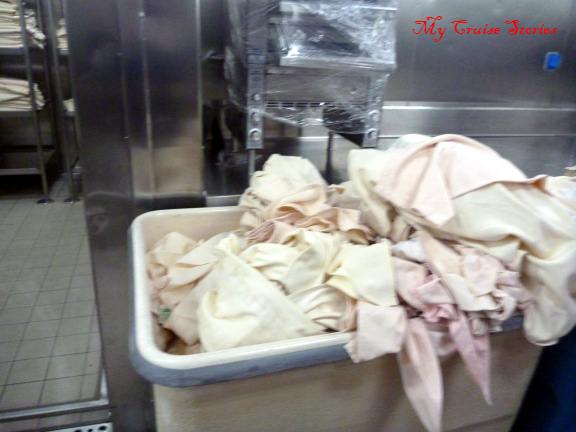 Passengers probably don’t have this much laundry

Most ships have a tiny clothesline in the shower so a bit of handwashing can hang there – if the line space is not already taken up with swimsuits drying from a trip to the beach, a dip in the pool or hot tub, or perhaps an afternoon’s fun on the waterslides. 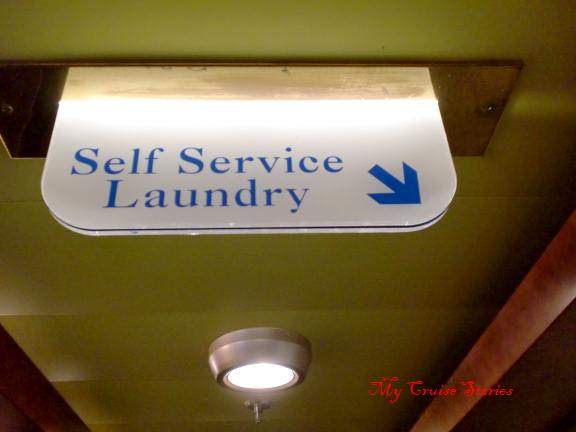 For short cruises most people can pack enough clothes to meet their needs, but on longer voyages clean clothes may run out partway through.  Luckily for us we have taken our longest trips on Carnival.  We took a back-to-back Eastern & Western Caribbean cruise on the Liberty, and a transatlantic voyage on the Breeze.  On both these vacations we made use of the laundrette.

Carnival has laundrettes on all of their ships, something their passengers truly appreciate.  On the Liberty each passenger deck had its own laundrette with several coin-operated washers and dryers each.  Only one washer worked on our deck, but the deck above housed most of the suites.  Suite guests tended to send laundry out to the crew, plus their washers all worked, so I never had any trouble finding a washer open one floor up.

only the middle washer worked on the Liberty

On the Breeze, Carnival’s newest ship, only a few decks had full laundrettes with washers and dryers operated not by coins, but by the sail & sign card that works as room key and shipboard credit card.  The rest of the decks just had ironing rooms.  On a transatlantic voyage this tended to cause a back-up of people waiting for washing machines, especially since they locked the laundrettes up at night. 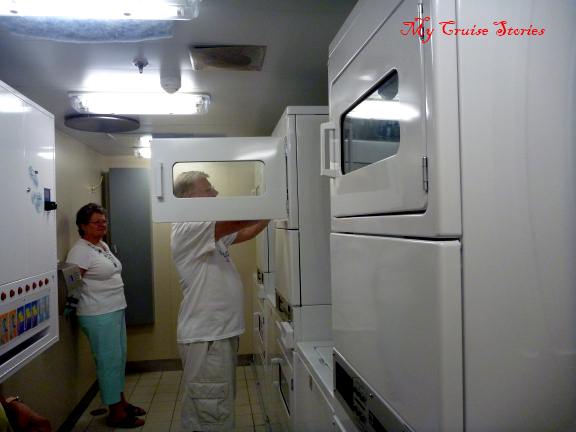 no coins needed to use the washers & dryers on Carnival Breeze

Our deck had a full laundrette, poorly located next to the suites where the guests were least likely to use them and most likely to complain about the noise.  And complain they did, which resulted in the laundrettes having shorter hours and longer lines…..and more noise because people waiting out in the hall for the door to open in the morning tend to talk. 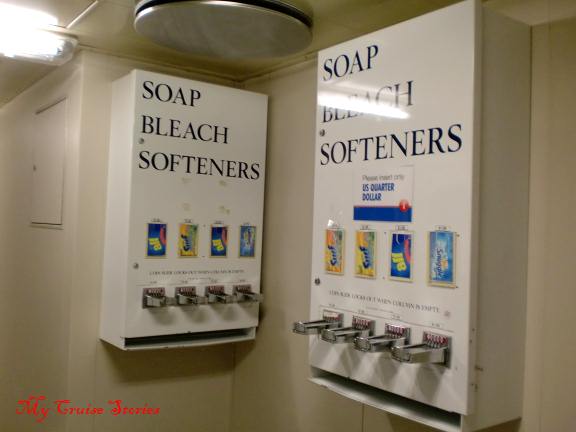 you don’t even need to bring laundry soap

I only hope this reduction in laundry facilities is an not indicator that Carnival has plans of phasing them out like most of the rest of the cruise lines have done.  Judging by the amount of people who use them, a large percentage of the passengers appreciate having the option to do their own laundry during the cruise rather than paying the exorbitant fees to have the crew wash it for them.  We greatly appreciated the laundrette on the Breeze in spite of having to wait to use it.

I recently sailed on the Holland America Veendam and was rather surprised to see that it had 3 launderettes onboard as I had not seen one on cruise lines other than Carnival previously.  My prior cruises on Holland America were on the Oosterdam and Westerdam which did not have the launderettes, but the Veendam is a different ship class so perhaps some of their other smaller ships have them as well.

Some other lines such as Princess, Cunard, and P&O also have self-serve laundries on at least some of their ships. On P&O Arcadia use of the washers and dryers was free.

MyCruiseStories blog tells stories about adventures in cruising on ships big and small. Things to do onboard and in port. Anything connected to cruising. Also food, travel, recipes, towel animals, and the occasional random blog.
View all posts by LBcruiseshipblogger →
This entry was posted in Breeze, Carnival, Liberty, Shipboard Life and tagged Carnival, cruise, laundrette, laundry, laundry on a cruise ship, travel. Bookmark the permalink.