Posted on March 6, 2020 by LBcruiseshipblogger 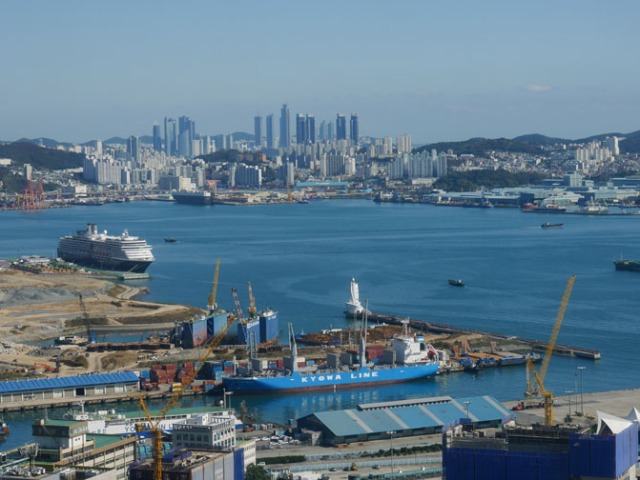 Formerly spelled Pusan, but now changed to Busan although since apparently the Korean pronunciation actually is Pusan the spelling change really makes no sense, this city is South Korea’s second most populous city after Seoul. It is the 5th busiest seaport in the world and one of only 2 cities in South Korea not to be captured by North Korea during the Korean war. Being the closest Korean city to Japan, it has been a trade port for centuries. The climate is humid subtropical with average highs from the 40’s to 80’s °F and average lows from the 30’s to 70’s °F. August and September are generally rainy with a possibility of typhoons. October and November generally have nice weather. Busan has the least snow of anywhere in Korea falling only an average of 5 days per year. 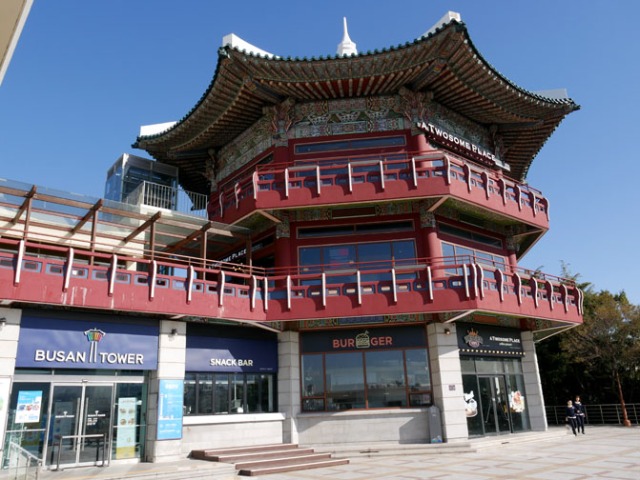 The port is mainly commercial, but provides free shuttles for cruise ship passengers into the city. When we came to Busan on the Holland America Westerdam, the port’s shuttle took us to Yongdusan Park, whose main attraction is Busan Tower. Free wifi is available at the port and in most coffee shops around town.

money exchange bus at the port in Busan

Currency is the South Korean won. There was a mobile bank booth right at the port that would exchange American money for Korean, and vice versa so passengers could change any leftover Korean money back to American before returning to the ship. We brought some Korean money from home, but didn’t use it all so we changed our leftover Korean money to American since we had no other ports in Korea. They gave the official exchange rate of the day and did not charge us a fee for their service.

campground next to the cruise dock

From the ship we could see a little campground right next to the cruise terminal. Within a little fenced in area it had buildings that are probably restrooms, a loop road through the camping area, greenspace with a few swings in the center, and large square gravel campsites around the outer edge each marked with a number. Most of the people there had tents, but there was one with a trailer when we came. John saw another trailer pull in, but instead of maneuvering it around to park it while hitched up the guy had some sort of motorized jack. He unhitched the trailer and used a phone app to make the trailer park itself. John was pretty impressed by that and I was sorry I missed it because it would have been interesting to see and not something you see every day. We didn’t even know such a thing existed. 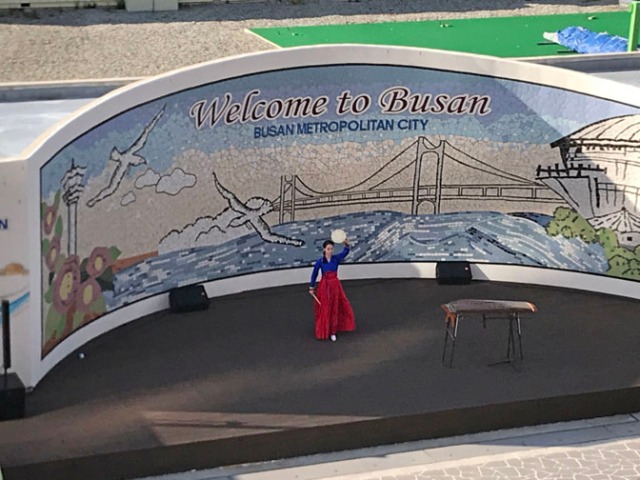 When it neared time for the ship to leave some Korean dancers gave a performance from the port on a little stage facing the ship.

Tourist attractions in Busan include parks, museums, temples, a lighthouse, and lots of shopping including major brand stores, local markets, and the largest retail store in the world. Boat tours around nearby islands are popular with tourists. There is a maritime museum near the port with a hop on hop off bus stop nearby for one of the two available routes though some people said Busan’s Ho-Ho bus service is not always reliable. China town is also within walking distance of the ship. Busan does have a subway system for those who want to plan their own tours. For those who travel by taxi, tipping is not customary in Asia.

Korean war memorial on a hill above Busan

There’s a war memorial up on a hill that you can see in the distance from the ship, or up close if you go there. The monument is located within the UN memorial cemetery, which is the only UN memorial cemetery in the world. It has the remains of people from 11 different countries who lost their lives in the Korean War. 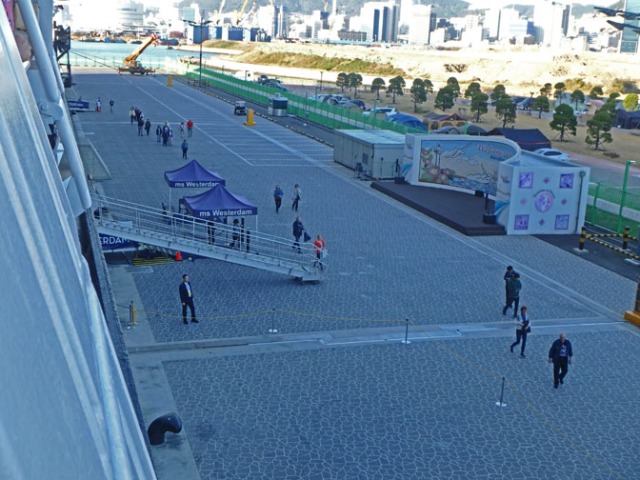 Excursions offered from Holland America Westerdam mainly went to various temples. Some included things like a tea ceremony or beach stop. The highlights tour included a fish market, a skywalk trail over the ocean, an island visit, and a stop at Gujke Market.

MyCruiseStories blog tells stories about adventures in cruising on ships big and small. Things to do onboard and in port. Anything connected to cruising. Also food, travel, recipes, towel animals, and the occasional random blog.
View all posts by LBcruiseshipblogger →
This entry was posted in Port Cities, Ports of Call, South Korea and tagged #southkorea, Busan, Busan Cruise Port, cruise, photos, South Korea, travel. Bookmark the permalink.