How to Make a Towel Unicorn

Posted on February 6, 2015 by LBcruiseshipblogger

How To Fold A Towel Unicorn

How to Fold a Towel Unicorn Body

The towel unicorn uses a standard towel animal body made from a bath towel.  Start by laying the white bath towel out flat.

Roll each end to the center from the short side.

Fold rolled towel in half, rolls to the outside.  Pull tips out of the center of each roll. 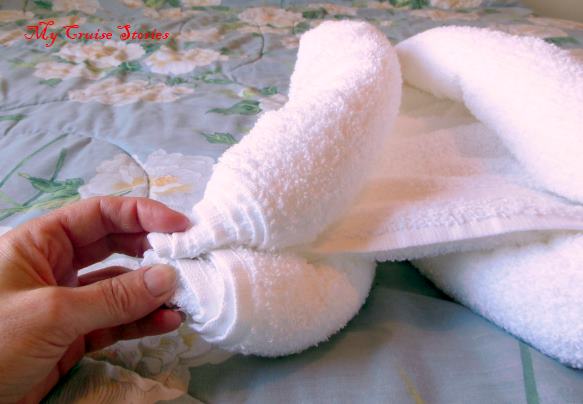 Pull all of them at once until you have pulled legs out of the roll and the towel looks like a  body with four legs.  If you lack the hand strength to pull the whole thing at once, pull it as far as you can, then set it down and take one end of a roll with one hand and the end of the other end other roll on the same half (longways) of the body with the other hand and pull just one side of the body.   Repeat with the other side.

How to Fold a Towel Unicorn Head

fold hand towel in half widthwise

Fold the hand towel in half across the center the short way.

Fold towel over at the open end

Fold the edges of the open end over a couple inches. 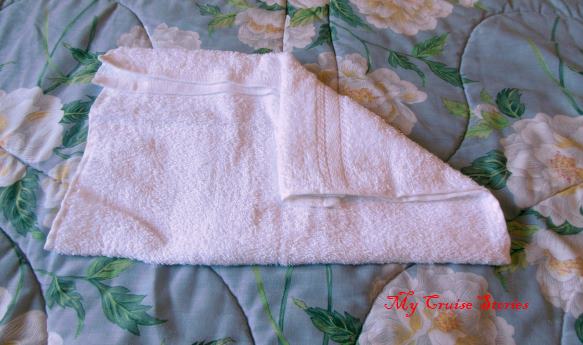 both corners folded into triangles

From the center of the 2-inch fold, fold each corner over in triangle fashion. 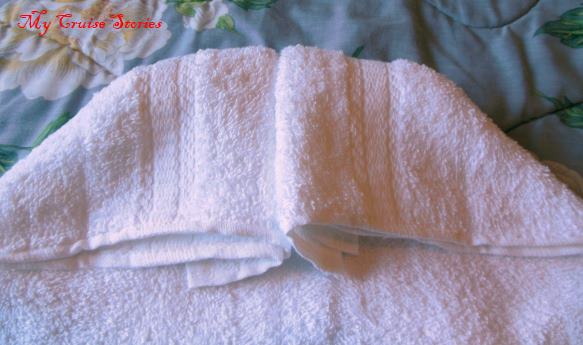 fold the point down under the towel

Fold the point down and the long edge up.

Fold over the corners of the long edge into little triangles.

you can roll one side at a time or roll both sides at once, whichever works for you 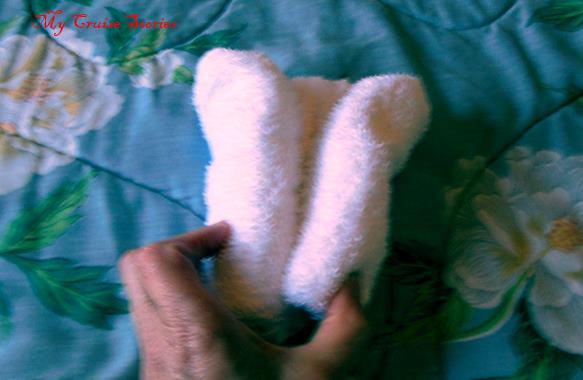 both sides rolled to the middle

Tightly roll both sides of the head to the middle.

put a rubber band around the head near the straighter end

Put a rubber band around the head near the straighter edge. 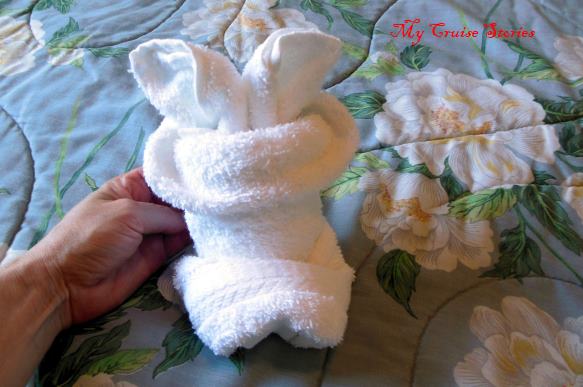 Fold the end of the towel over the rubber band and shape ears from the bits that stick up out the middle.  Shape the other end as desired for the nose.

How to Make a Pipe Cleaner Unicorn Horn 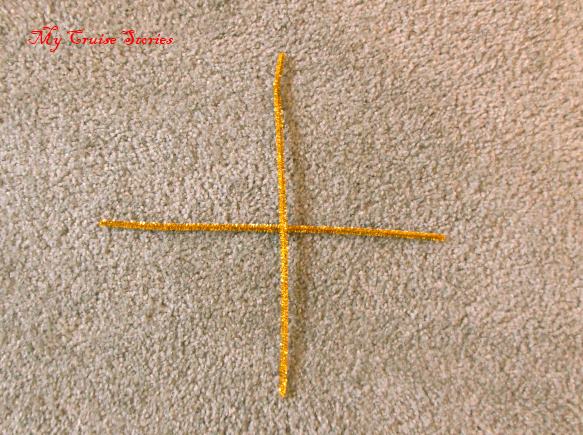 set two gold colored pipe cleaners perpendicular to each other

Set two pipe cleaners perpendicular to one another.

Fold both in half over each other so they are hooked over one another.

twist the pipe cleaners around each other to make a horn

Twist from the folded ends until the twisted part is the length you want the horn to be. 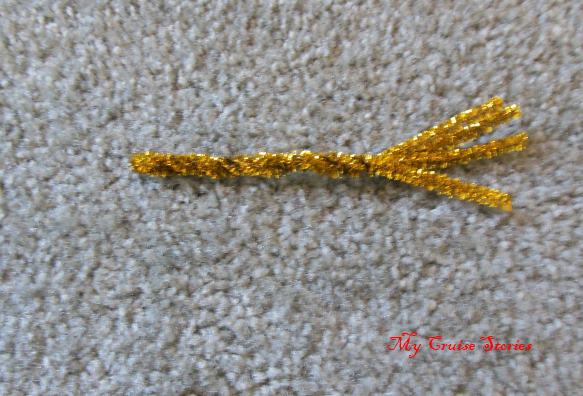 when the horn part is the desired length, use the leftover ends to hook the horn to the rubber band on the unicorn head 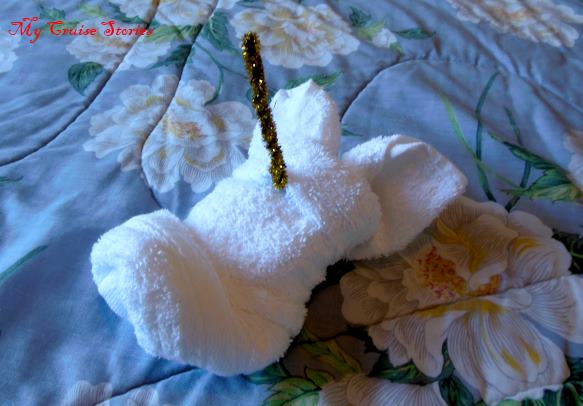 Fold the edge back over the rubber band so all that shows is the horn.  (Or just make the horn ahead of time and put it on the rubber band while you are making the head.)

How to Fold a Washcloth Unicorn Tail 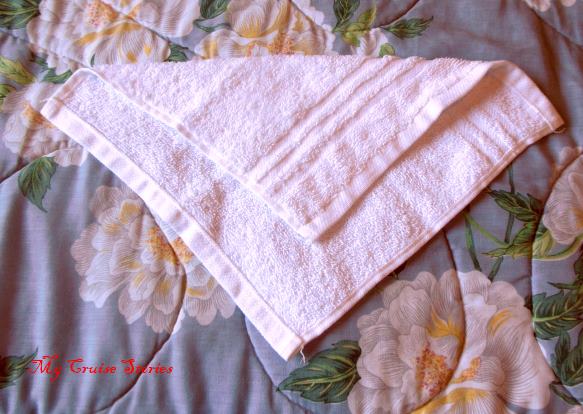 fold on the diagonal leaving a boarder on the edges

Lay white washcloth out flat.  Fold one corner over diagonally, leaving a boarder of an inch or two unfolded.

Turn washcloth over so folded part is underneath.

roll diagonally from the center of the washcloth

From the center of the folded end, roll entire washcloth in one continuous roll so that it has a small tight end and an open sweeping end.

Position the unicorn’s body as desired.  Insert the tail on one end and set the head on the other.  Decorate with eyes.  Felt or paper eyes will usually stick to the towel on their own, but googly eyes need double stick tape to hold them on.

MyCruiseStories blog tells stories about adventures in cruising on ships big and small. Things to do onboard and in port. Anything connected to cruising. Also food, travel, recipes, towel animals, and the occasional random blog.
View all posts by LBcruiseshipblogger →
This entry was posted in Towel Animals and tagged crafts, how to, how to fold towel animals, photos, step-by-step instructions, towel animals, towel art, towel origami, towel sculpture, towel unicorn. Bookmark the permalink.

4 Responses to How to Make a Towel Unicorn